David R. Elliott ’64, Voice of Harvard Radio and Mentor to Generations of Students, Dies at 78 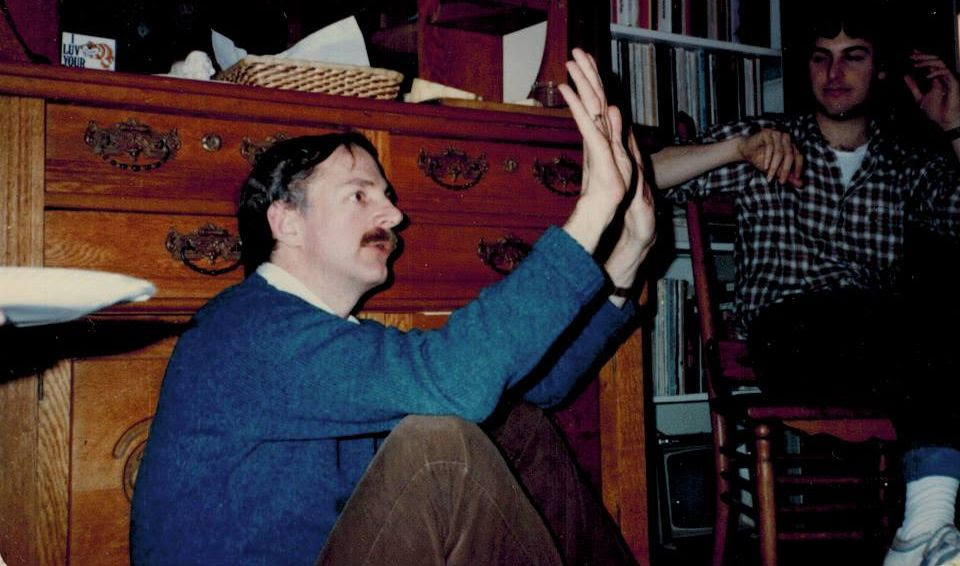 In the middle of Harvard’s 350th anniversary celebrations, Harvard Radio Broadcasting – known by its call name WHRB – had a problem. The station was airing an outdoor concert next to Widener Library when one of its microphones stopped working.

David R. Elliott ’64, who was then announcing the concert live on-air, diagnosed the issue and crawled under the table to fix the problem — all “without missing a beat of the narration” — while the performance continued, Scott W. Horsley ’88, then an engineer at the station and NPR’s current Chief Economics Correspondent, recalled.

It was one of many moments of technical expertise he deployed to support the station that he loved. Elliott, a pillar of WHRB’s community for nearly six decades, died on Nov. 12 in his home in Cambridge after a two-year battle with amyotrophic lateral sclerosis, or ALS. He was 78.

Elliott grew up in Needham, MA, and attended Phillips Exeter Academy. After graduating from Harvard College, he attended law school at Indiana University, but soon returned to the station he had joined as an undergraduate in 1960. He acted as an advisor for the station for decades, eventually serving as chair of the Board of Trustees from 1996 to 2018.

Elliott was well known to generations of Harvard students, faculty, and alumni, and to WHRB listeners throughout New England for his on-air personality.

“It wasn't just his resonant voice, but the way his presence and personality reached through the microphone across the airwaves. His was the epitome of the voice you wanted to welcome into your home! David set very high standards for himself, and made others want to follow,” Stephanie M. Oana ’87, a WHRB alumnus, wrote in an email.

M. Jonathan Lehrich ’88, who succeeded Elliott as chair of WHRB’s Board of Trustees, said that Elliott had held the station to a high standard.

“David long espoused — passed along to him when he joined the station in the early 60s — that the station is a radio station for a broad listener community that happens to be staffed by students. It is not a student station,” Lehrich said. “He has a legacy of history and tradition because he was part of the station for over 50 years. But the tradition is of thinking deeply and of doing stellar work, because that is its own fulfillment, rather than just, you know, playing your favorite music and forcing it on listeners.”

In an interview with The Crimson in February 2019, after his retirement, Elliott said he had “made very good friends for decades” at WHRB.

Lehrich said Elliott had been a mentor and a friend to him long after his undergraduate years, and even served as a groomsman at Lehrich’s wedding.

When alumni returned to WHRB, even decades later, Elliott “always remembered something about them, and what they were like, and he'd remember quirks and eccentricities of who they were when they were 20 years old,” Lehrich recalled. “Just to have that kind of extended friend network is marvelous, and we will be the poorer for it to not have that hub for the extended WHRB community.”

Alex Ross ’90, The New Yorker’s music critic, likewise credited Elliott for his mentorship and for fostering his interest in music criticism.

“Without even really my being aware of it, I think he was guiding me toward exactly what it is I do for a living,” Ross said. “I feel like my entire life would have been completely different if I hadn't gone to WHRB and met him.”

“David had a wonderful sense of humor and loved to relate all the old pranks (many involving the patch panel in the control room to connect different phone lines together). He had a startling laugh that could come out of nowhere, especially for those who did not know him well since he often seemed very serious,” Oana wrote.

Throughout his life, even after his retirement, Elliott was a loyal listener to WHRB’s programs.

Horsley recalled that one night during winter break, he had been responsible for engineering the broadcast of a Harvard hockey game, then “signing off” the station for the holidays. Horsley then decided to play a recording of Stevie Nicks, the lead singer of the band Fleetwood Mac, singing “Silent Night.”

Horsley said that after the broadcast, Elliott had called him, thanking him for staffing the program — and asking who the singer was on that Christmas song.

“He was of course listening at home, and monitoring it. You know, he may have been the only person who stuck around for the sign off after the hockey game ended. But that was David, he was very loyal to the station,” Horsley said.

“Long after he was able to be on the air himself, he was still listening deeply and giving advice, but more just giving support and appreciation,” Lehrich added.

Aaron L. Fogelson ’19, a former president of WHRB, said that Elliott leaves behind a legacy of “selfless care” for the station.

“He was really the history keeper of the station, and has been a wonderful part of its running and its operation. He really was the connection from the past and the present to the future, and that will be deeply missed,” Fogelson said.

“One of the things that we at WHRB treasured the most was the fact that we were a bunch of students running a “real” radio station - not just a college station that broadcast just to the campus community, but with an FM transmitter that covered a good chunk of the greater Boston area,” Oana wrote. “While we were firmly in charge of the present and future, David connected us to the past and made us feel a part of something a bit bigger.”

“He had a fairly long life and there are so many things he could have done — he was a brilliant man. But this was the great devotion of his life,” Ross added.

Oana wrote that she had last seen Elliott at WHRB’s 75th anniversary celebration in 2015.

“He seemed exactly the same as he had seemed when I was a student about 30 years earlier. That was the thing about David. You expected that as long as WHRB was there, David would be there too. It seems impossible now to imagine a David-less WHRB,” Oana wrote.

“It will be as much a celebration of David's legacy as a representation of the community for whom he cared so much,” Taylor wrote.