The Universe Began With a Breath Being Held: Ted Chiang’s ‘Exhalation’ 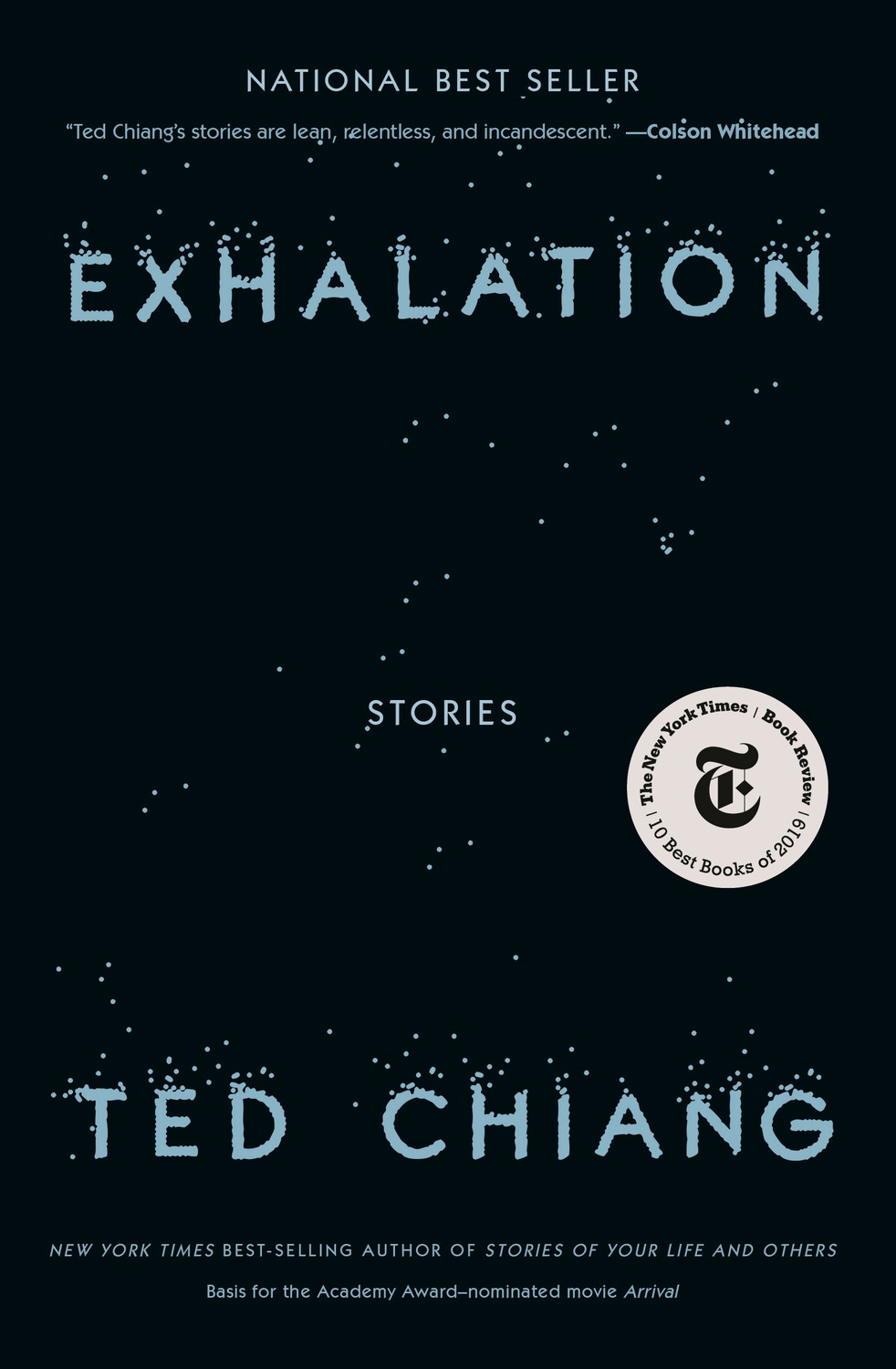 Ted Chiang’s short stories win so many awards that science fiction critics joke that the Hugo and Nebula short story awards exist just for him to win. It comes as no surprise, then, that “Exhalation,” Chiang’s newest collection of short stories, is brilliant and thought-provoking. Chiang’s nine short works explore the fundamental and most salient questions about the human condition and what it means to exist. These stories closely interrogate the fundamental forms of knowledge and cognition taken for granted in modern life. Even the most banal presumptions that undergird our quotidian lives are unseated by the strangeness of these stories.

Most striking in “Exhalation” are the stories that share a fascination with breath as the ultimate source of existence. In “Exhalation,” an elaborate contraption of gold foil leaves, the position of which is manipulated by the currents of air that flow through the leaves, replaces the human brain. Through the constant fluttering of the gold leaves, messages are transmitted through the brain via information carried in the currents of airflow. It is thus a differential air pressure which gives us our memory, cognition, and experience. Changes in air pressure create movement in air, and this movement is responsible for the inscription of experience and thought in our consciousness. Central to the story’s novum is the idea that “the universe began as an enormous breath being held.”

Chiang elaborates on this deep relationship between breath and human ontogenesis with cosmological consequence throughout the collection. In another especially incandescent story in the collection, “The Great Silence,” a Puerto Rican parrot narrates the development of a human radio telescope designed to transmit and receive extraterrestrial signals. Chiang’s parrot observes, “It’s no coincidence that ‘aspiration’ means both hope and the act of breathing. When we speak, we use the breath in our lungs to give our thoughts a physical form. The sounds we make are simultaneously our intentions and our life force.” This, both parrots and humans understand well.

Chiang’s interfusion of ontological and cosmological study condenses at the site of breath. The stories beautifully tie breath, which is linked to speech as well as being, biological prerequisite to human life, to one of the fundamental physical principles of the universe — wave resonance. “According to Hindu mythology, the universe was created with a sound: ‘om.’ It is a syllable that contains within it everything that ever was and everything that will be,” Chiang writes. At the same time, Chiang’s “The Great Silence” thinks of cosmic microwave background radiation from the Big Bang as “a barely audible reverberation of that original “om.”

Despite the complexity and galactic scale of the philosophical thought that serves as foundation for Chiang’s stories, they are remarkably accessible. Each story is a quick, dazzling read. They are emotionally impactful as well as intellectually unsettling. This is what is unnerving about Chiang’s stories — they are both heavy and impossibly light at the same time. Chiang’s ideas are not only critically provocative but also incredibly beautiful. There is something stunning in the matter-of-fact way in which he writes: Only the best writers can afford to say beautiful things with such absolute casualness, such definitive flippancy. The story for which the collection is named, “Exhalation,” is a brilliantly imagined piece — its speculative and quasi-surreal mechanism is described in fine, gorgeous detail.

Meticulously imagined, Chiang’s rendering of a world where life and consciousness boil down to a difference in air pressure is, uncannily, both alienated from science and incredibly proximate to the world as we know it. It is through the strategic alienation induced by Chiang’s surrealist, science-fictional world that readers are pushed to more clearly perceive the most important questions regarding humanity’s social, emotional, and cognitive existence.

“The Great Silence,” despite the melancholy that should accompany the observations narrated in the story, is instead quite humorous and cute. The narrative, where a Puerto Rican parrot makes strikingly beautiful (and tragic) observations about humans and the universe, is metonymic of Chiang’s writing style writ large — playfully and gently, Chiang’s stories threaten to upend everything you think you know about yourself and the world.

In a cute, kitschy move, Chiang ends “The Great Silence” with a disarmingly simple message.

“We Puerto Rican parrots … probably won’t be here for much longer; it’s likely that we’ll die before our time and join the Great Silence. But before we go, we are sending a message to humanity,” Chiang writes.

"The message is this:

—Staff writer Kelsey Chen can be reached at kelsey.chen@thecrimson.com.