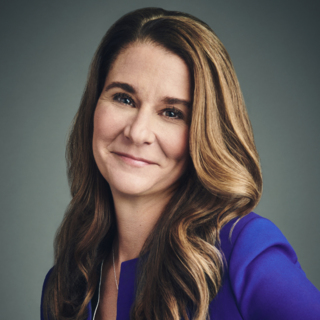 Melinda A. Gates will receive the Radcliffe Medal in May in recognition of her significant impact on women and girls worldwide through her work as a philanthropist and entrepreneur, Harvard’s Radcliffe Institute for Advanced Study announced Tuesday.

Gates is the co-founder and co-chair of the Bill & Melinda Gates Foundation and the founder of Pivotal Ventures, an investment and incubation firm focused on solving problems that impact American women and families.

The institute awards the medal — its highest honor — each year to an individual who embodies a “commitment to excellence, inclusion, and social impact,” according to a press release.

Tomiko Brown-Nagin, dean of the Radcliffe Institute, praised Gates in the release for her “remarkable” work.

“We are honoring Melinda for her remarkable impact around the world, for putting women and girls at the center of the Bill & Melinda Gates Foundation’s work, and for her urgent and ambitious commitment to the unfinished business of empowering women here in the United States,” Brown-Nagin said in the press release.

Gates announced in October that she was dedicating $1 billion to “expanding women’s power and influence” in the United States through Pivotal Ventures. She also released a best-selling book on the topic — “The Moment of Lift: How Empowering Women Changes the World” — in April 2019.

At the helm of the Bill and Melinda Gates Foundation, she has shifted the organization’s focus increasingly towards women and girls, according to the press release.

Additionally, the foundation has donated millions to Harvard over the past several decades, including a donation of $50 million or more during the 2018-2019 academic year, according to a University report sent to alumni.

Gates will receive the medal on Radcliffe Day, an annual celebration of the institute scheduled for May 29. In the release, Brown-Nagin added that a number of other milestones will coincide with this year’s festivities.

“This celebration is especially fitting as we commemorate the 100th anniversary of the 19th Amendment and consider the work that remains to be done to achieve the promise of full enfranchisement and political empowerment of all women in the United States,” Brown-Nagin said.

2020 also marks the 20th anniversary of the Radcliffe Institute’s founding.

In honor of both the “historic moment” and Gates’s selection, a panel at the Radcliffe Day ceremony will explore women’s empowerment, per the release.

It will include a panel with former University President Drew G. Faust, who was the founding dean of the Radcliffe Institute; Iris Bohnet, the director of the Women and Public Policy Program at Harvard Kennedy School; Thasunda Brown Duckett, the CEO of Chase consumer banking; Amanda N. Nguyen ’13, the founder and CEO of Rise Justice Labs; and Gina M. Raimondo ’93, the governor of Rhode Island.

Gates will also participate in a “wide-ranging keynote conversation” with philanthropist David Rubenstein prior to receiving her medal from Brown-Nagin.