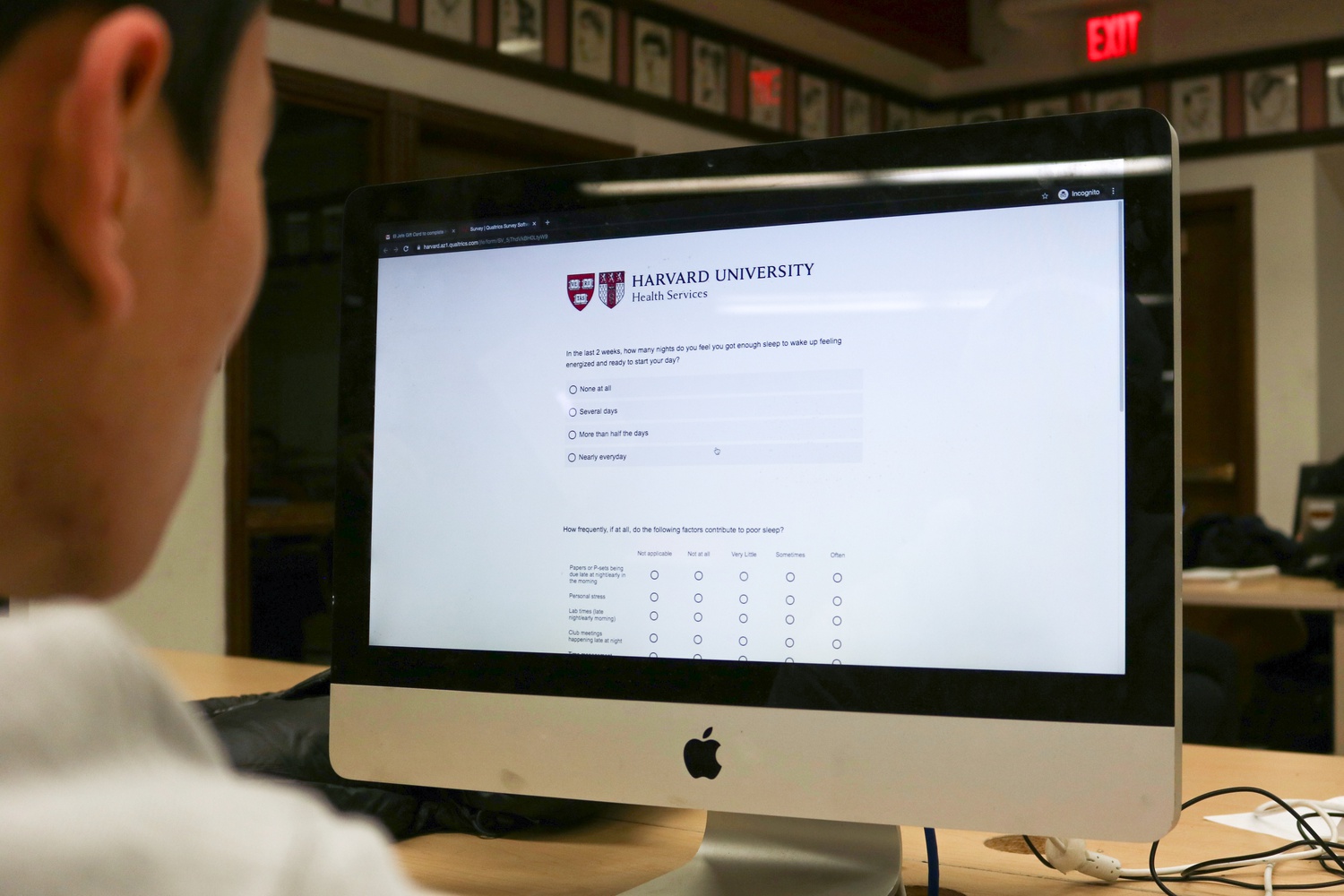 The survey, which Nguyen and Dean of the College Rakesh Khurana sent in an email, asks students about their physical, mental, and sexual health, as well as alcohol and drug use.

The questionnaire comes three months after Nguyen replaced Paul J. Barreira as HUHS Director. Barreira held the position for seven years and announced in January 2019 that he was stepping down.

Aside from asking survey-takers about their own health, HUHS also asked them about their perceptions of other undergraduates’ drug and alcohol use and sexual activity.

Before certain sections, the survey informs students that they are allowed to skip questions that are “upsetting or distressing.” It also directs them toward a variety of HUHS services, including mental health counselors and the Office of Sexual Assault Prevention and Response.

In an interview last week, Nguyen said he wants to use data from the survey to determine how to address student needs.

“I'm hopeful that a large number of students will participate,” Nguyen said. “That's how we understand the priorities that we will focus on in the coming couple of years.”

Nguyen, who previously stated that he wants to focus on serving underrepresented groups on campus, said the survey — if it gets enough responses — will be a way to determine how to approach health issues for racial and ethnic minorities in particular.

“What I'm hoping for is that we have as diverse a group of students participating in this survey as possible, so that we can understand not only what the overall College population looks like in terms of their health, but also, can we look at racial and ethnic minorities and see if their experience is different from that of the general population?” Nguyen said.

In a bid to increase participation rates, HUHS has tried to sweeten the pot for survey-takers by offering them a five-dollar gift card to El Jefe’s Taqueria or a five-dollar donation to aid the animals of Australia.

The survey closes on March 11, after which administrators will review the results. Throughout fall 2020, HUHS will release major trends from the survey to Harvard affiliates.