In ‘Weather,’ A Journey Of Unease, Change, And Hope 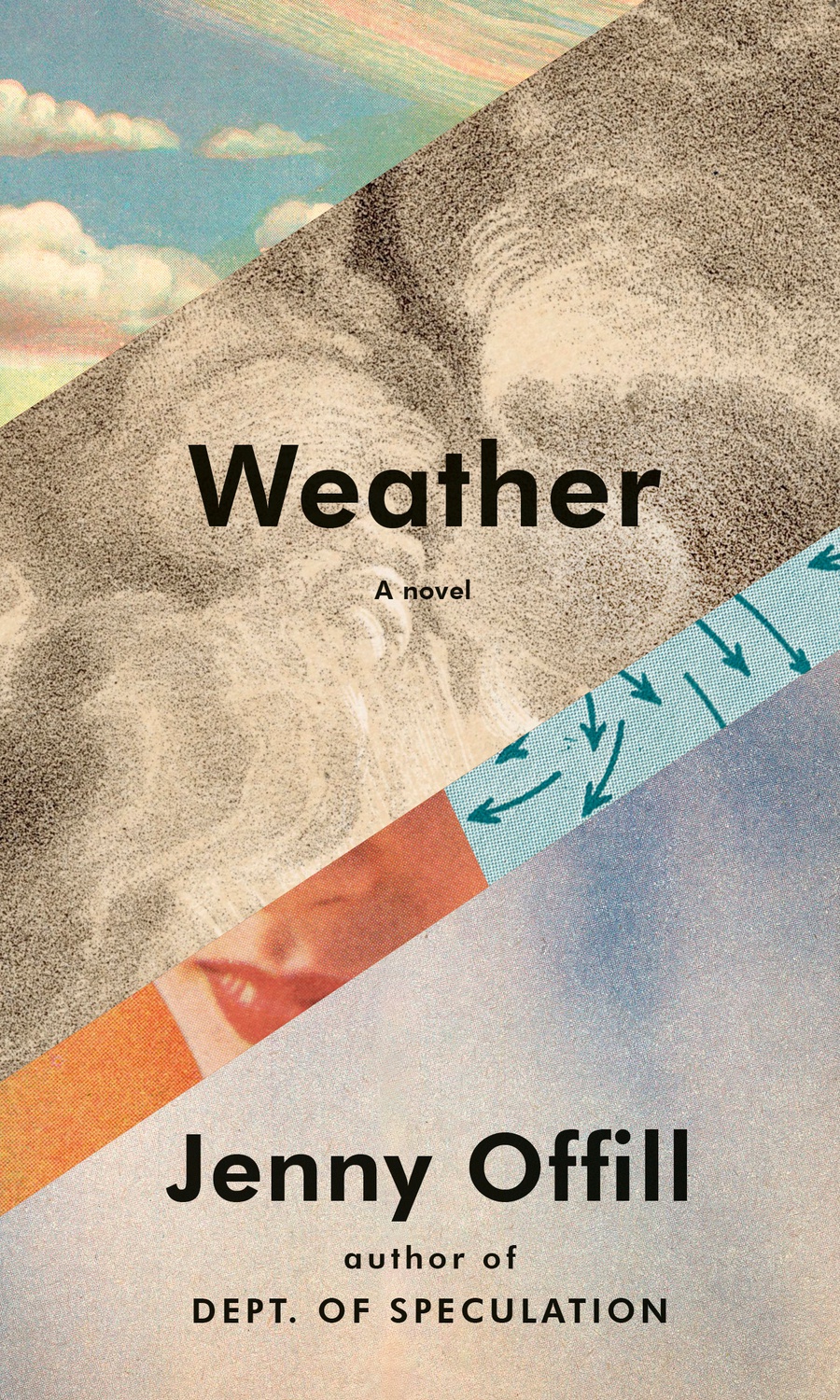 Turn on the television and watch reports on today’s newsworthy stories. Open Twitter and see how people react to them. Go to work and hear about them some more. Come home and, well, there’s family. Laugh with them, rant to them, celebrate with them, comfort them, worry about them. Every day brings something new.

This cycle likely sounds familiar to many people today. It is also the orbit of Lizzie, the narrator in Jenny Offill’s charming new novel, “Weather.” She’s a university librarian whose unusual side job is to answer letters sent to an apocalypse podcast. But there’s nothing unusual about Lizzie’s emotional life. For Lizzie is beset with worry –– about the ups and downs of her marriage, her struggling brother Henry, her country (circa 2016), her planet. Despite these anxieties, she tries to avoid the fretful and immobilizing trepidation to which she responds everyday. While Lizzie’s unease is plentiful, she never allows herself to lose hope entirely.

In a novel that emphasizes this emotional journey more than the storyline itself, Offill finds an ideal space where her unique style is most effective. The book’s pages are alight with Offill’s simple prose, short sentences, and equally concise paragraphs. Indeed, Offill organizes her novel almost entirely in vignettes, at most a couple of pages and at least a couple of lines. Some vignettes offer glimpses of the day-to-day journeys of Lizzie’s life and her interaction with the world around her. Lizzie discusses the increase of automation with Mr. Jimmy, a car-service driver. She’s annoyed with Mrs. Kovinski, her politically opposite neighbor. She’s disappointed by the “able-bodied teenagers with earbuds” who occupy the priority seats on a full bus. While these little moments may seem like fragmented references to the times, they certainly do not come off that way. Flowing one into the other, each vignette cleverly discusses an experience familiar to many and envisions another person’s reaction to it.

Added to these kinds of vignettes are longer ones that deal with Lizzie’s less fleeting interactions with her family. At the emotional root of the novel lie Lizzie’s dual and sometimes conflicting commitments. On the one hand, there’s her husband Ben and son Eli; on the other, her troubled brother Henry. Offill provides a powerful sense of love’s magnetic pull, and of the forceful strain that ensues when the all-consuming duty of love spreads one too thin. The reader gets a sense of Lizzie’s worry when her intense focus on Henry seems to push her classics-loving husband, Ben, away. “You’re weary of me, aren’t you?” Lizzie asks at one point. As her marriage lies in a kind of cold stagnation, Lizzie’s resolute devotion to Henry is palpable in a particularly vivid passage: “But how can I leave him alone? Already, I’m hiding my sleeping pills in a sock under my bed.”

The emotional journey of family, while beautifully rendered, is not without its shortcomings. Perhaps the lone weakness of the novel is that the reader does not get as much of an insight into Ben or Eli as they do Henry. With Henry, Offill paints a vivid image of his relationship with Lizzie. She shows the reader his struggles and concerns and vulnerabilities along with Lizzie’s reactions and responses to them. This is effective because what Lizzie “sees” –– in addition to what she thinks –– rises to the surface of the page, creating a fuller understanding of her relationship with Henry. Only occasionally does the reader feel similarly with Ben, and even more scarcely with Eli. To be sure, their relationships with Lizzie are well-conceived, but they do not reach the intensity with which one experiences Lizzie’s relationship with Henry.

“Weather” would not succeed without the countless aphorisms and other witty, sometimes satirical, statements interspersed between these vignettes. In some ways, these are some of the most delightful and original elements of the novel –– they evoke the sayings that one could find in tiny pocketbooks and capture Offill’s literary voice and expressive prose. Offill quotes from a diverse cast, from Virginia Woolf to Sri Ramakrishna, and also adds many maxims of her own. “There is a period after every disaster in which people wander around trying to figure out if it is truly a disaster,” Lizzie observes at one point. In a more lighthearted one, a friend caricatures Silicon Valley: “These people long for immortality but can’t wait ten minutes for a cup of coffee.” These observations enhance Offill’s novel by serving as her most diverse literary tool: They add levity, drive home a point, and inject Offill’s voice and commentary.

“What happened to the flying dreams?” Lizzie asks early on. In a way, this is very much the question Offill poses and explores in her novel, too. Travelling from the mundane to the philosophical, the serious to the whimsical, “Weather” reflects on the times and its effect on those who live in it. Offill discusses the most basic source of joy or pain –– family –– and the most recent –– culture, politics, a changing world. Her sharp prose and structured storytelling shape this commentary on unease, change, and hope into a refreshing literary work.

— Staff writer Alexander W. Tam can be reached at alexander.tam@thecrimson.com.