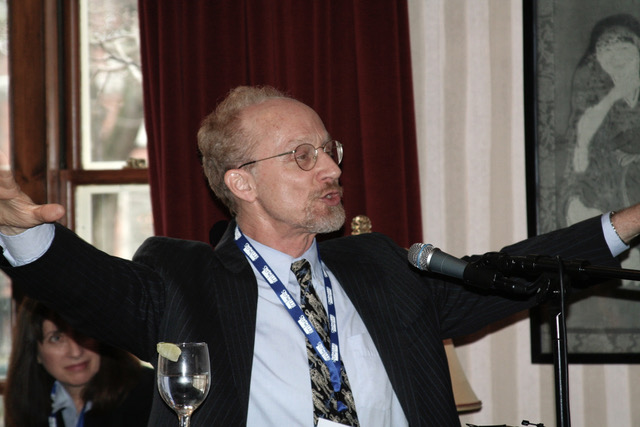 Kurt W. Fischer was a professor at Harvard’s Graduate School of Education and the director of its Mind, Brain, and Education Program prior to his retirement in 2015. By Courtesy of Seth Fischer
By Camille G. Caldera and Kavya M. Shah, Crimson Staff Writers

Jane T. Haltiwanger Fischer fell in love with her husband, Kurt W. Fischer, for his mind.

“He was a brilliant, brilliant man,” she said. “I fell in love with him for his mind, but as the years went by, and certainly in the last years, it was very clear that what I loved the most about him was his heart.”

Fischer was a professor at Harvard’s Graduate School of Education and the director of its Mind, Brain, and Education Program prior to his retirement in 2015. He died on March 30 at the age of 76. His cause of death remains unclear; he had Alzheimer’s disease and had come into contact with a staff member at his care facility who tested positive for COVID-19.

Fischer spent 27 years of his career at the Graduate School of Education.

One of his most notable academic accomplishments was integrating concepts from neuroscience and psychology with the study of education, creating a field he later called Mind, Brain, and Education.

Howard E. Gardner '65, a professor at the Graduate School of Education and longtime friend and colleague, said the idea to connect the three fields made Fischer a “visionary.”

“Not only was that unique at Harvard, it was really unique in the world,” Gardner said. “There was nobody else yet who had coupled this stuff together.”

Fischer also created the dynamic skill theory, a scale to analyze the complex manner in which humans construct knowledge and develop skills, depending on individual factors like mood, age, previous experience, and environmental factors, like level of support.

Mary Helen Immordino-Yang, who studied under Fischer and is now a professor at the University of Southern California, said that after founding the interdisciplinary field of Mind, Brain, and Education, dynamic skill theory is his “most powerful legacy.”

“Rather than trying to reduce the complexities of human beings to statistics or simple averages, or group level metrics that are sometimes true on the whole, Kurt developed ways to appreciate the systematicity in the variation,” Immordino-Yang said.

In addition to his theoretical work, Fischer was a proponent of expanding access to educational research for teachers and administrators. In 2006, Fischer helped develop the Usable Knowledge Program, a digital publication of education research that allows professionals to “connect research to practice,” according to its website.

Seth Fischer, his son, recently read through much of his father’s work, searching for the common theme.

“I think that the through-line was that he wanted people to understand that children matter. Their circumstances matter. Listening to them matters. Their emotions matter,” he said.

Dean of the Graduate School of Education Bridget Terry Long lauded Fischer’s “lasting legacy” as a cognitive psychologist in a remembrance published by the school.

“From spearheading programming in neuroscience and education to his steadfast commitment to his students, we are a better community due to his influence and contributions,” Long said.

“Generous in the sense that he was always willing to do the extra bit to support me as a colleague,” Blatt said. “And gentle in that he always did it in a collegial and friendly way, not in a dictatorial way that he could have done as a tenured professor holding an endowed chair.”

On top of his academic contributions, Fischer’s colleagues praised his patience and skill as a teacher and mentor.

“He was very good with students whether they were brilliant and didn't need any help at all, or whether they had real learning challenges,” Gardner said. “He attracted, over the years, hundreds and hundreds of students who wanted to understand more about how to help kids.”

Bryan Mascio was one of those students. Prior to his time at Harvard, he had worked as a teacher with students who struggled in traditional classrooms. Mascio said he felt out of place at Harvard until he worked with Fischer.

“I honestly didn't feel like I really fit in. But Kurt made it very clear that that didn't mean that I didn't belong,” Mascio said. “He was very much embracing of teachers and the experience and the expertise that we bring to the table.”

Like Mascio, Vanessa Rodriguez was a teacher before she came to Harvard. She was not originally in Fischer’s program, but after she explained her teaching philosophy to him, he invited her to study Mind, Brain, and Behavior.

“He said to me, ‘You're in the wrong program. You belong here,’” Rodriguez said. “That was really powerful for me. As a Latina, it's not something anyone ever says to you.”

At first, she was skeptical.

Rodriguez and David B. Daniel, a professor at James Madison University, both said Fischer advocated for academics from underrepresented backgrounds.

“He invited me to be a visiting scholar at Harvard. And in my mind, people like me just didn't ever get that opportunity. He gave me an opportunity,” Daniel said.

Fischer’s mentorship was not limited to students and colleagues at Harvard. Students from across the world sought his guidance, and he readily gave it.

“He was just the kindest, most generous,” Daniel said. “He gave his time to his students. And all these people in the field from all over the world who would just reach out to him and instead of blowing them off, he took an interest in them.”

“He would want to help people, not because he thought he would get something out of it in the end. Not because he was trying to play some game of chess. Because he really just loved helping people,” Seth Fischer said.

Kurt Fischer helped those around him through his humor, too.

When he was a graduate student at Harvard in the 1960s, one of his professors jokingly challenged his students to adopt a Rhesus monkey and take notes on its life. Fischer took him up on it.

“He wanted to name it Frodo. But then he figured out that she was a woman, a girl, so he changed her name to Frodi,” Seth Fischer said. “He took care of it for as long as he safely could, raising her kind of as his child in graduate school, taking her everywhere with him, even once to Grand Central Station in New York.” 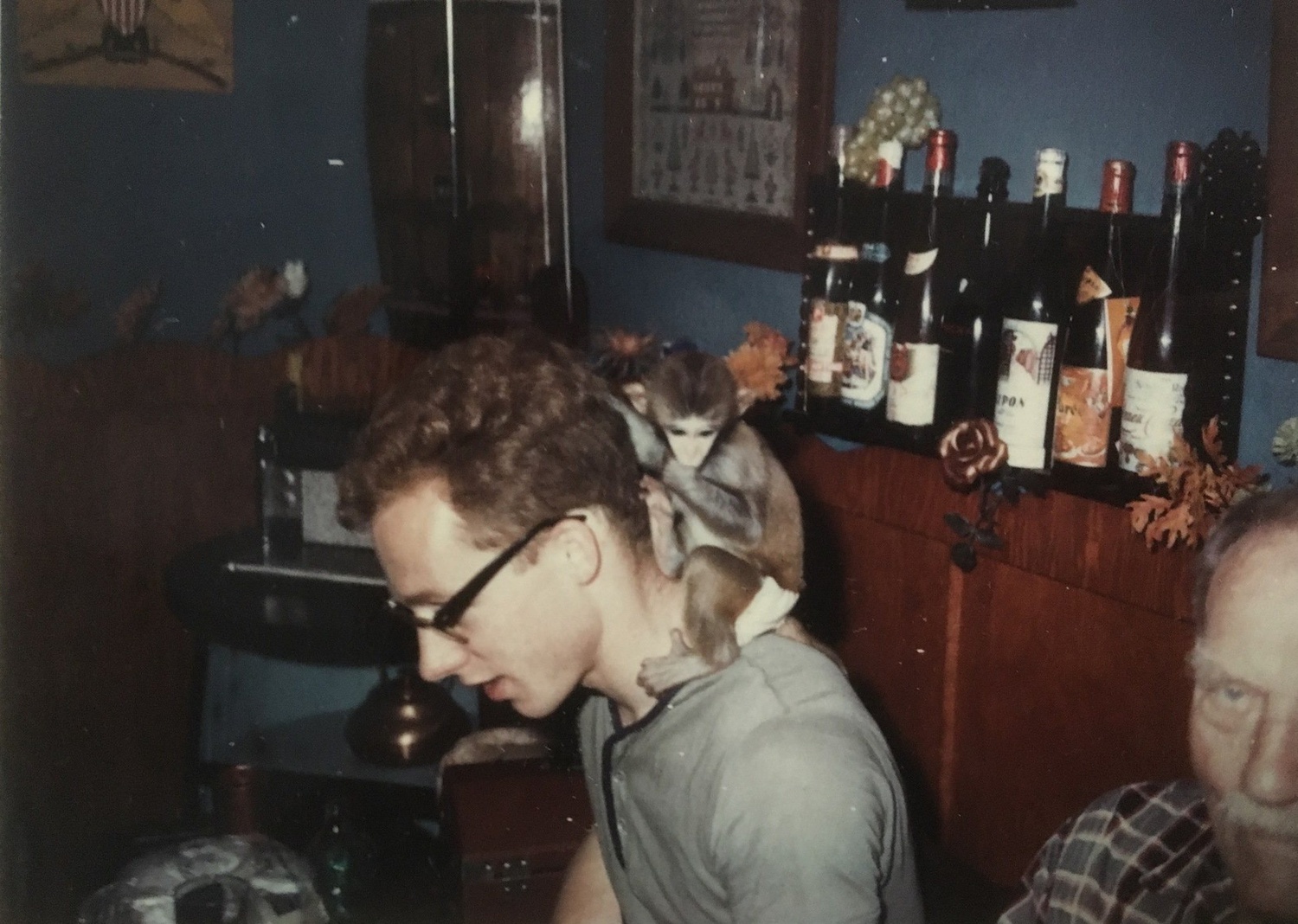 Kurt W. Fischer pictured with his monkey, Frodi. By Courtesy of Seth Fischer

Everyone around campus knew about Frodi and enjoyed Fischer’s “whimsy,” according to Gardner, who went to graduate school with Fischer.

Above all else, Seth Fischer called his father “a champion of kindness.”

“In his work, in his family, that was sort of his core guiding principle,” he said. “He just also just loved ideas so much.”

In the end, Fischer had more ideas than he had time to see through in his lifetime.

“I know that he had more work that he wanted to do when he became ill and couldn't continue,” Haltiwanger Fischer, his wife, said. “That was very hard on him, but he also had very strong faith that his students are going to carry on.”

His students did, in fact, carry on. Today, Mascio is a teacher educator and instructs his students on Fischer’s theories. Rodriguez is set to publish a major study on teacher wellbeing.

“I'm using Kurt's legacy. It's all grounded in dynamic skill theory,” Rodriguez said. “And that's all based on the confidence and love and support and just undying belief in me that Kurt gave me.”

Still, Seth Fisher wishes his father were around to see his legacy for himself.

“He was just full of life and excitement about ideas and life and loving people. And I just feel like the world could really use him right now,” he said.

—Staff writer Kavya M. Shah can be reached at kavya.shah@thecrimson.com.