'Character: The History of a Cultural Obsession' Brings Concepts to Life 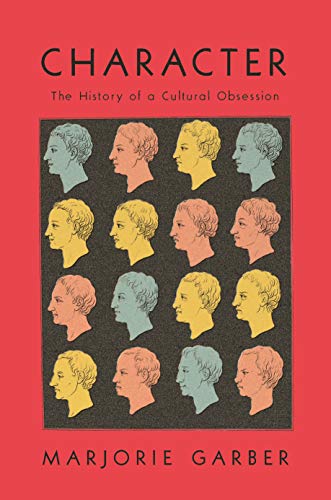 "Character: The History of a Cultural Obsession," by Marjorie Garber. By Courtesy of Farrar, Straus and Giroux
By Nina M. Foster, Contributing Writer

Our cultural infatuation with — and repetition of — the term “character” will become infinitely more noticeable after reading Marjorie Garber’s “Character: The History of a Cultural Obsession.” In general, “character” refers to a measure of morality, a figure in literature and the media, or an indicator of boldness. Garber’s book provides a history of character, from its earliest reference as a word for engraving to its more diverse present meanings. With a heavy focus on the role of character in American politics and literature, Garber’s book sheds a necessary light on the often unrecognized influence of character in society. Although this work is not one to turn to for light-hearted pleasure or an easy read, it is a valuable addition to anyone’s reading list. Set for release on July 14, 2020, this book will undoubtedly shift readers’ perspectives on the complexities of a deceptively simple term.

Marjorie Garber, a Harvard professor of English and Visual and Environmental Studies, has written 18 single-authored books — six of which are about Shakespeare — and has edited seven collections. As a veteran of the genre, and with such an extensive background, it comes as no surprise that Garber’s book is eloquently composed.

Garber’s discussion of character renders the term such a monumental force that it seems impossible to cover all aspects of its meaning. Still, she manages to successfully tap on the significance of character in almost every dimension. Across eight chapters, Garber analyzes character in sports, media, psychoanalysis, art, and science, among other categories. With almost 40 pages of references, Garber pulls in a variety of work generated by other academics, as well as events that exemplify the significance of character in society, to substantiate her own analyses.

The most relevant and impactful components of Garber’s book bring the focus of character out of fictional literature and into the real world. Garber centers her argument around politics throughout the book, with a particular spotlight on President Donald Trump. Garber approaches the subject without holding back; in her first chapter, “Testing It,” which focuses on the prevalence of “character tests” in different career fields, Garber criticizes Trump’s questionable character and the unsurprising failure of the character test. Garber’s political analyses offer worthwhile insight into the 2016 presidential election and Trump’s time in office, as well as the upcoming 2020 presidential election. This discussion of politics also incites the occasional chuckle, as when Garber juxtaposes presidential efforts to maintain good moral character with immoral acts and unnecessarily rude claims. Her criticisms are sharp yet logically supported in such a way that even the most conservative grandparent at a big family dinner couldn’t argue against them.

Garber’s book also has an unforgettable chapter focused on national character called “Claiming It,” a section rendered more pertinent than ever amid the COVID-19 pandemic. The concept of a country’s “national character” is nothing new, but it becomes increasingly apparent during times of change and anxiety. Unfortunately, what is portrayed as a unifying idea often causes much conflict. Garber claims that the metaphor of the United States as a “melting pot” has become dead in the water in light of contemporary immigration issues, and this national hostility towards diversity can explain underlying racial tensions that may worsen the world’s current pandemic. “Claiming It” is an excellent deconstruction of American superiority, emphasizing the importance of national character as an identity that should be more inclusive than elite.

The point of this book is not to provide a clear-cut definition of “character,” but rather to highlight the many definitions and plethora of roles that character can play. Gardner even ends some of her sub-chapters with questions, leaving the reader to ponder the evidence presented. The incorporation of these queries makes the book even more thought-provoking, prompting readers to reconsider everything they thought they knew about the meaning of character. Garber is wise to not merely spout answers and claims at the audience — instead, she leaves room for interpretation and thought after arriving at the book’s end.

While sophisticated and filled to the brim with academic references, Garber’s book effectively makes the content accessible and interesting. “Character: The History of a Cultural Obsession” exemplifies Garber’s many areas of expertise, interacting well with other works to ultimately leave readers with a clarified perspective and new method of analyzing the complicated workings of society.