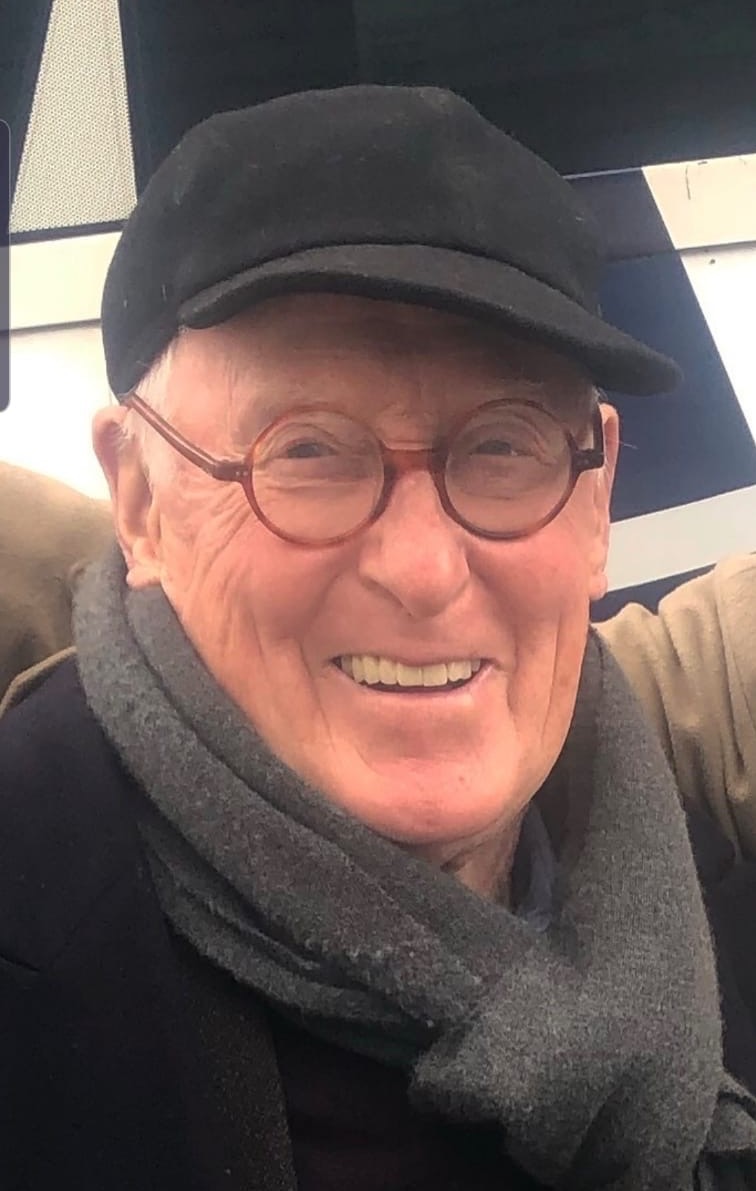 N. Michael McKinnell, an influential architect who co-designed Boston City Hall and taught at Harvard’s Graduate School of Design for more than 20 years, passed away due to coronavirus complications late last month. He was 84. By Courtesy of Stephanie E. Mallis
By Jasper G. Goodman and Taylor C. Peterman, Crimson Staff Writers

N. Michael McKinnell, an influential architect who co-designed Boston City Hall and taught at Harvard’s Graduate School of Design for more than 20 years, passed away due to coronavirus complications late last month. He was 84.

McKinnell met Kallmann as a graduate student at Columbia University, where he worked as his teaching assistant. The two entered the competition as extreme long-shots to design Boston City Hall in 1962. Their selection for the project over 255 other submissions would help catapult them — and the city — into prominence.

“They believed in using the concrete language of heaviness, weightiness, to represent that civic aspiration of the building,” said architect Mark E. Pasnik, who interviewed McKinnell for the 2015 book “Heroic: Concrete Architecture and the New Boston.”

GSD Professor Alex Krieger, who serves as the Interim Chair of the Department of Urban Planning and Design, said City Hall’s profound architecture played a role in Boston’s urban revival.

“This was one of the mechanisms by which it was trying to kind of re-establish itself as a viable city. Boston was like the Detroit of the 1930s and ’40s,” Krieger said. “This was kind of a symbol of the phoenix-like recovery of the City of Boston.”

The project helped both McKinnell and Kallmann land positions on the faculty of Harvard’s Graduate School of Design. McKinnell served as a professor from 1966 until 1988.

“Architecture students tend to be fascinated by the new and the different and the radical and the experimental in terms of design. And this met all of those criteria,” Krieger said. “Instantly, both of them developed a very strong impact on the GSD architecture curriculum.”

Krieger added that McKinnell was influential in helping students identify their architectural “voice.”

“He wanted to extract from you what you thought about the physical world and how you hoped to transform it through architecture,” he said. “He was not being an ideologue trying to convince you to do it a certain way.”

McKinnell and Kallmann’s work slowed in the 1970s due to an economic recession, as well as a shifting architectural design movement.

“As it moved into the mid-1970s, the ethos around architecture changed pretty dramatically — a shift from modernism to the post-modern period was occurring nationwide and actually worldwide,” Pasnik said.

In 1978, however, McKinnell’s architectural firm, Kalman McKinnell & Wood, was commissioned to design the American Academy of Arts and Sciences building in Cambridge. The building’s design is defined by a brick style that stands in stark contrast to the Brutalist structure of Boston City Hall. It marked a new direction for McKinnell’s work.

“Certainly there were consistent ideas that ran through their entire career, but the language was quite different,” Pasnik said of the building. “It sort of had more direct historical references — it was kind of a softer language, a little more accessible to the public.”

“The American Academy building was really kind of a rebirth of their practice,” he added.

McKinnell went on to design several more buildings around the world, often focusing on education and civic institutions ranging from Boston’s Back Bay Station to the United States embassy in Bangkok.

Pasnik, who graduated from the GSD in 1995, said McKinnell had a legacy of “wanting buildings to be about engaging the public.”

“Throughout his work, there was always a desire to be civic and public with architecture,” he said.

McKinnell first met his wife, Stephanie E. Mallis, while she was a student at the Graduate School of Design in the 1970s. Mallis and McKinnell reconnected years later and worked together on architectural projects before marrying in 2003.

“They were open thinkers,” Mallis said of McKinnell and Kallmann. “It had everything to do with the program and the client and the site and the materials. If you look at their buildings, they’re all quite different.”

“Magical person,” Mallis said of her late husband. “He was just very insightful and sensitive.”