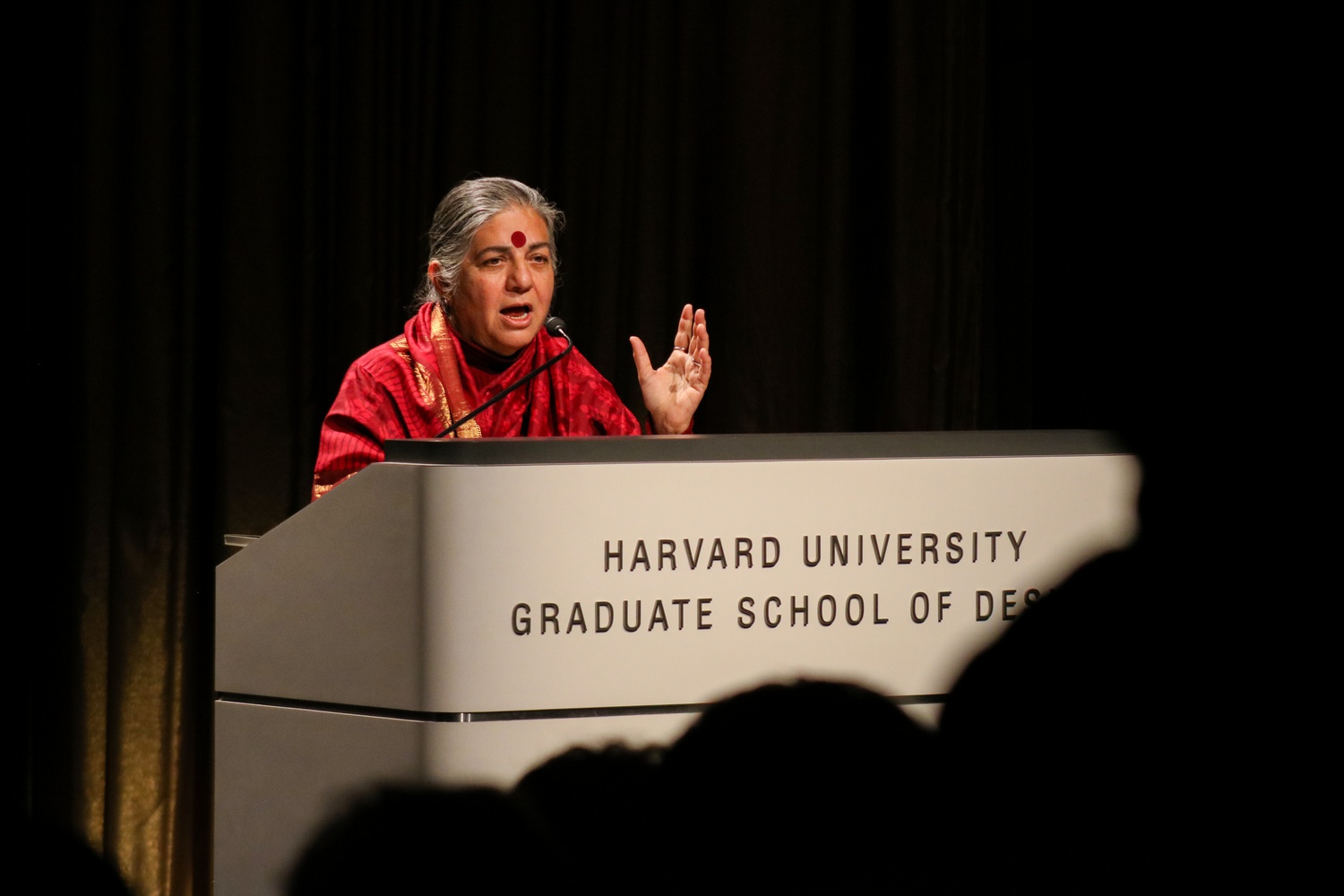 The talk featured an introduction by the co-chairs of the Design School's Womxn in Design group followed by Shiva’s lecture, which was focused on her environmental activism and advocacy.

The talk was part of an annual series of International Womxn’s Week events hosted by Womxn in Design. This year’s series is focused on the theme of kinship between humanity and the environment, according to Vaissnavi Shukl, a co-chair of the group.

In her lecture, Shiva encouraged audience members to “celebrate the earth.”

Shiva’s talk comes in light of recent controversy after she delivered a different environmental lecture at Stanford on January 23. A letter published in European Scientist condemned Stanford’s decision to invite Shiva because of her use of “anti-scientific rhetoric to support unethical positions.”

Womxn in Design wrote in an emailed statement that it invited Shiva to elevate a dialogue about “relationship between womxn and nature, and between the patriarchy and environmental degradation.” While organizers are aware of the controversy surrounding Shiva’s invitation to Stanford, they wrote that her invitation was met with “nothing but support and excitement from our own community at the GSD.”

“This discourse is grossly under-explored at the GSD—but critical in light of womxn's historical under-representation and marginalization in/through the design fields,” Womxn in Design's statement reads.

“We are grateful to have had a full auditorium tonight and appreciate the willingness of our community to engage in open discussion,” it continues.

Some attendees of the Harvard talk, however, said they were skeptical of Shiva's remarks.

“What worries me about her position is that it, and I understand for ideological and political objectives, just over simplifies the situation,” Design School student Nicolas Delgado Alcega said. “It tries to sparse out a climate of, like, who's good and who's bad — that, to me, is not necessarily so helpful.”

In response to Delgado Alcega, Shiva wrote in an emailed statement that she “differentiated between fossil fuel based societies, and societies that function as part of nature’s systems, cycles and biodiversity.”

Carter S. H. Smith, a seminarian at the Harvard Divinity School, said she appreciated the chance to hear Shiva speak in person.

“It’s been really cool because I think I usually hear her talk in much more focused ways about agriculture and seeing all of the interactions with so many issues is really exciting,” she said. “And I’m glad these interactions are happening here.”