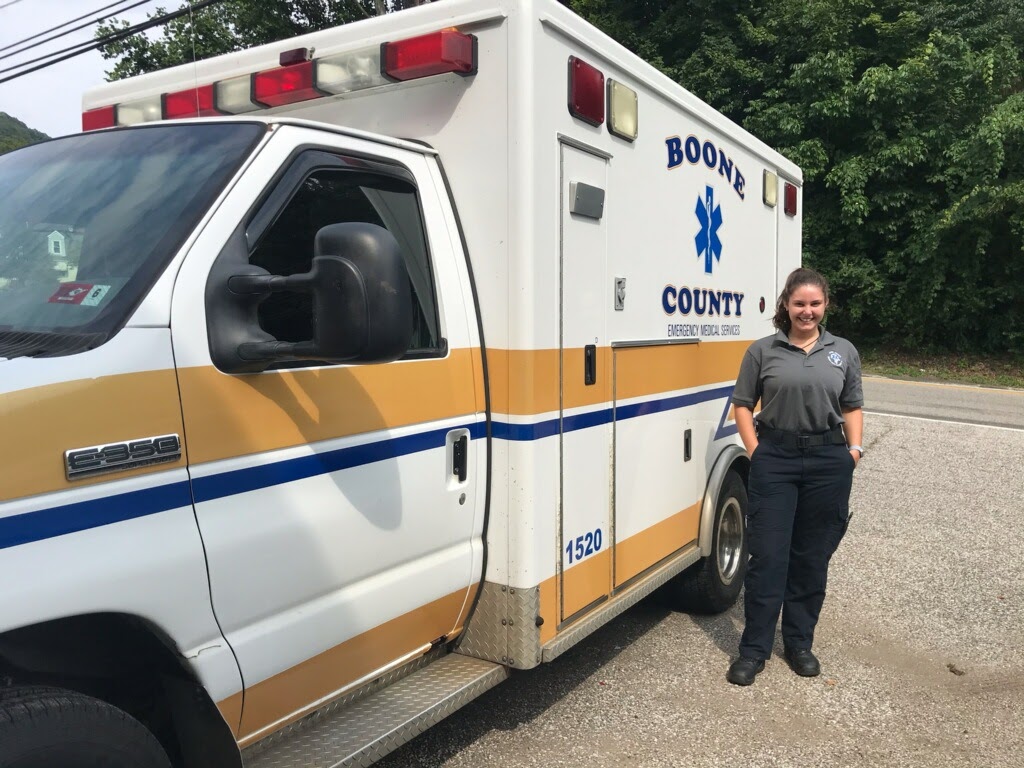 Business As Usual? Crimson EMS on the Frontlines of a Pandemic

Before students were sent home in March, CrimsonEMS responsibilities were confined to Harvard’s campus. Members were required to dedicate at least five hours a month volunteering at athletic events, social events, and other school sanctioned activities, ready to step in and aid fellow students at any moment. But at home and away from their campus expectations, some CrimsonEMS members turned their focus toward their own communities.
By Jackie E. George

In late May, Whitney L. Schroeder ’21 zipped up her hazmat suit. “It was the whole thing,” she recalled: boots, goggles, masks, and four gloves, two for each hand. She, along with other EMTs, boarded the ambulance and headed toward a potential COVID-19 patient.

After delivering the patient to the hospital, they decontaminated the ambulance: taking off their personal protection equipment in a specific order so as not to contaminate their clothing, bleaching everything in the ambulance and rolling the stretcher outside to bleach that too, then letting the bleach soak for as long as possible. Lots and lots of bleach, she remembers.

CrimsonEMS, a branch of Harvard University Health Services, allows students to become fully certified EMTs after completing the required spring training course. Before students were sent home in March, CrimsonEMS responsibilities were confined to Harvard’s campus. Members were required to dedicate at least five hours a month volunteering at athletic events, social events, and other school sanctioned activities, ready to step in and aid fellow students at any moment. But at home and away from their campus expectations, some CrimsonEMS members turned their focus toward their own communities.

Now on a Friday night, instead of facing a lacrosse player’s twisted ankle or the many, many alcohol poisonings of the First Chance Dance, CrimsonEMS members confront a gamut of health emergencies — from drug overdoses to car crashes to COVID-19 itself. As they join the front lines with other first responders in America, they’relearning to navigate emergency medical care in the face of a pandemic. 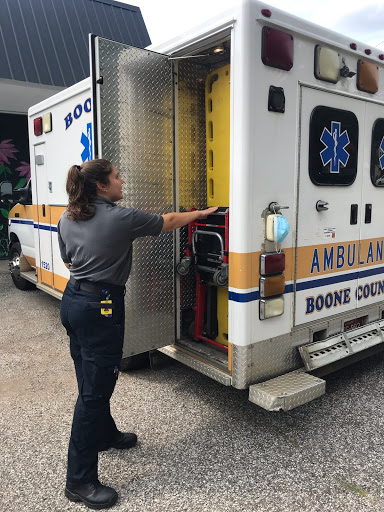 Miller inspects her ambulance in anticipation of a call. By Courtesy of Jessica P. Miller

Schroeder’s hometown of West Tisbury is located on Martha’s Vineyard; its year-round population fails to surpass 20,000. This, however, sounds bustling compared to Mason C. Burlage’s ’22 hometown of Worthington, Iowa, which boasts a population of only 394. The EMTs in Worthington, like in many other towns in rural America, work on a completely volunteer basis. In Burlage’s hometown at least, each volunteer receives a small stipend for helping out. Burlage estimates that there are about ten such volunteers. For Burlage and Schroeder, the decision to volunteer for local ambulance services was a matter of community need.

“The biggest thing was just the need for EMTs in my community,” Burlage says when asked what inspired him to dedicate his summer to volunteering. “We just don’t have the capacity to have an EMT drive the ambulance if all the employees are doing the work in the back.”

Jessica P. Miller’s ’21 hometown of Madison, W. Va., has a single truck dedicated solely to potential COVID-19 cases. To keep the workers safe from the virus, the truck is “completely lined in plastic,” and a plastic bubble is built around the stretcher to further reduce contact.

Though the majority of their calls are not virus-related, Miller says EMTs are reminded of COVID-19 at every turn. The dispatcher updates the team through the radio of how a patient responds to a series of questions intended to gauge if the patient potentially has COVID before they arrive on site. Has the patient recently travelled? Has the patient been in contact with someone who has the virus? Does the patient have a fever or cough?

With months of experience at the front lines, CrimsonEMS members have gradually gotten used to the idea of working in healthcare during the pandemic.

“At first it was kind of nerve racking,” Miller admits. She is constantly worried that she may bring the virus home to her parents. “Now, not so much, I guess, because we deal with it regularly.” There have been cases in which her co-workers come in contact with an infected patient and do not end up contracting the virus themselves. “It kind of puts us at ease knowing that we’re doing something right and we’re being safe about it, and it’s actually effective.”

Though new precautions are in place, responsibilities for EMTs remain largely the same, and they spend most of their time responding to calls that have nothing to do with COVID-19.

Burlage recounts a particularly devastating car crash that left a patient in critical condition. “It was super, super frightening, but it was an adrenaline rush,” he says. The patient had to be aircared to a larger hospital in Iowa. During the handoff Burlage witnessed the flight paramedics run through their procedures — the nurses handling needles and making assessments that are outside the scope of an EMT’s certification.

Schroeder also shares an encounter from two weeks ago, when her team responded to a call for someone who fell 15 feet off of a roof. Schroeder and the other EMTs gathered around the male patient and tended to his six fractured ribs and small brain bleed. Although the encounter was intense, Schroeder is grateful to have been there. “[The patient] taught me a lot of important skills,” she says about that call. “Life saving skills.”

Although the semester has started, many CrimsonEMS volunteers have retained their local positions and are learning to balance classes and work.

Schroeder describes the different types of shifts she had been expected to work during the summer, ranging from a ten hour day shift to a 14 hour night shift. Now that she’s in classes and Martha’s Vineyard’s summer residents have dwindled in number, she has cut down from 30 hours a week to 15 hours a week. As call volume has decreased, she has more free time — even while on duty — to do schoolwork.

Also taking classes, Burlage has reduced his hours from two to three shifts per week to now only about one call a week. Because his town is small, the calls are “sporadic”; even if he has time to volunteer, there’s no guarantee that his services will be needed.

Miller, who has worked on and off as an EMT since becoming certified in 2018, has decided to take time off from school this semester to focus her attention at home. Her responsibilities include driving high risk patients to appointments or treatments. Despite the extra mental pressure from COVID-19, “not much has changed,” she says. “Some protocols are a little bit different, but overall it’s pretty much business as usual.”

A previous version of this article incorrectly identified the CrimsonEMS member pictured. In fact, it was Jessica P. Miller ’21, not Whitney L. Schroeder ’21.

— Magazine writer Jackie E. George can be reached at jaqueline.george@thecrimson.com and on Twitter at @jaackiieeeG.