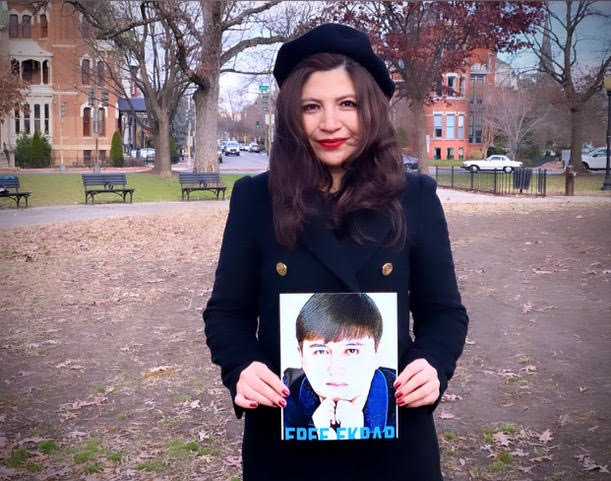 More than 70 Harvard student organizations from across the University signed a statement demanding the release of Ekpar Asat — the brother of Rayhan Asat, Harvard Law School’s first Uighur graduate — from a Xinjiang internment camp.

The statement, written by the Harvard Law School Advocates for Human Rights, calls for the “immediate release” of Ekpar Asat and for “swift accountability for the mass atrocities continuing to be committed against this ethnic group.”

“As Harvard students, we lend our support to Rayhan Asat in her fight to secure her brother’s release and seek justice for the Uighur community,” the statement reads. “We join widespread calls for the United States government and the international community to demand that the Chinese government end their long-standing and systematic oppression of the Uighur ethnic minority.”

International human rights groups estimate more than 1 million people have been held in the so-called “re-education” camps, and allege that ethnic Muslims are subjected to religious persecution and forced sterilization in the camps. In response to what it called human rights violations, the United States issued sanctions against several Chinese officials involved in July.

Rayhan Asat said she was surprised that the Chinese government chose to detain her brother, particularly given his dearth of anti-government activity.

“I just never thought it would happen to my brother because he’s never critical of the Chinese government,” she said.

“The Chinese government did approve him to come to this trip — it’s a government-approved trip between the United States and China,” Rayhan Asat said. “And the program is designed to promote [the] U.S.-China relationship.”

When Ekpar Asat came to the U.S. to attend the program, he and his sister made arrangements for their immediate family to return to America for Rayhan Asat’s graduation from the Law School.

“Our agreement was that he would be coming back for my graduation in two months time — he got the visa and everything,” Asat said, who is a U.S. permanent resident. “We thought that we were going to see each other — never had I ever thought that would be the last time I’d be seeing him.”

Asat’s brother disappeared three weeks after his return from the U.S. Her parents told her that they would no longer be able to attend her Law School graduation as planned because a family member was ill, but Asat suspected something was wrong.

It was only four years later — in January 2020 — that she got official confirmation of what had happened. She met with members of Congress to advocate for her brother in December 2019, who then sent a letter asking the Chinese government about the whereabouts of Ekpar Asat.

In response, Beijing officials said that Ekpar Asat had been sentenced to fifteen years in prison for “inciting ethnic hatred and ethnic discrimination.”

The charges against Asat were a "sham" and he was imprisoned with "no trial, no lawyer, no evidence, no due process, no justice," according to tweets from the U.S. State Department.

“Rayhan could have been any of us,” she said.

Tzofiya M. Bookstein ’23, who first became involved in Uighur advocacy last spring, said she was able to contribute to Rayhan Asat’s campaign through collaborating with the Jewish Movement for Uighur Freedom, an international initiative she helped found in 2020.

“Something that was really amazing with this petition was that the network kind of activated, and I could bring in people who I had worked with in my own community to amplify this petition and have them reach out to their networks,” Bookstein said. “It was a really amazing way to bring the two initiatives together.” 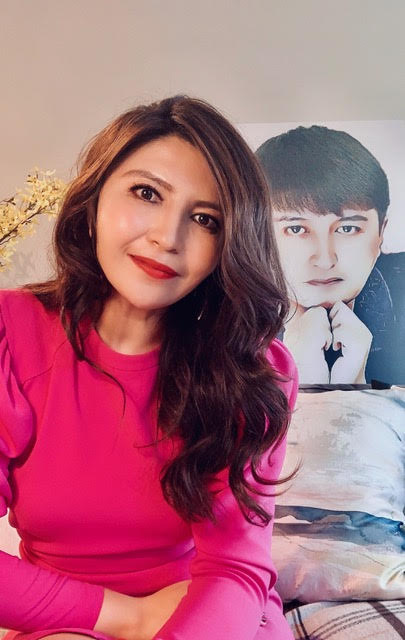 Rayhan Asat with a photo of her brother, Ekpar. By Courtesy of Rayhan Asat
Advertisement

Rebecca S. Araten ’22, a former Crimson News editor involved with the Jewish Movement for Uighur Freedom, highlighted the breadth of student organizations that had signed the statement, many of which hold no political affiliations.

Rebecca N. Thrope ’22, a member of the campaign, wrote in an email that she was moved by Rayhan Asat’s consideration for supporters despite her difficult situation.

“Working with Rayhan has taught me so much about the care it takes to sustain this effort,” Thrope wrote. “She time and time again cares for us as she boosts our morale and pushes us to achieve more ambitious goals.”

Rayhan Asat wrote an opinion piece for The Crimson in June of 2020, in which she details the story of her brother, his detainment, and her advocacy efforts that demand the Chinese government release Ekpar from the Xinjiang detention center.

“Many of you will be shapers and movers of our society,” Asat wrote in her editorial. “Therefore, I ask you: Join the fight, be the light, be the integrity, be the voice for my brother, and my people. Because you are my people too.”