Relentlessly passionate about aiding the global poor, Thomas B. “Tommy” Raskin's friends and family said they will remember him as a visionary who displayed an intense commitment to justice and the truth.
By Emmy M. Cho and Alexandra Topic 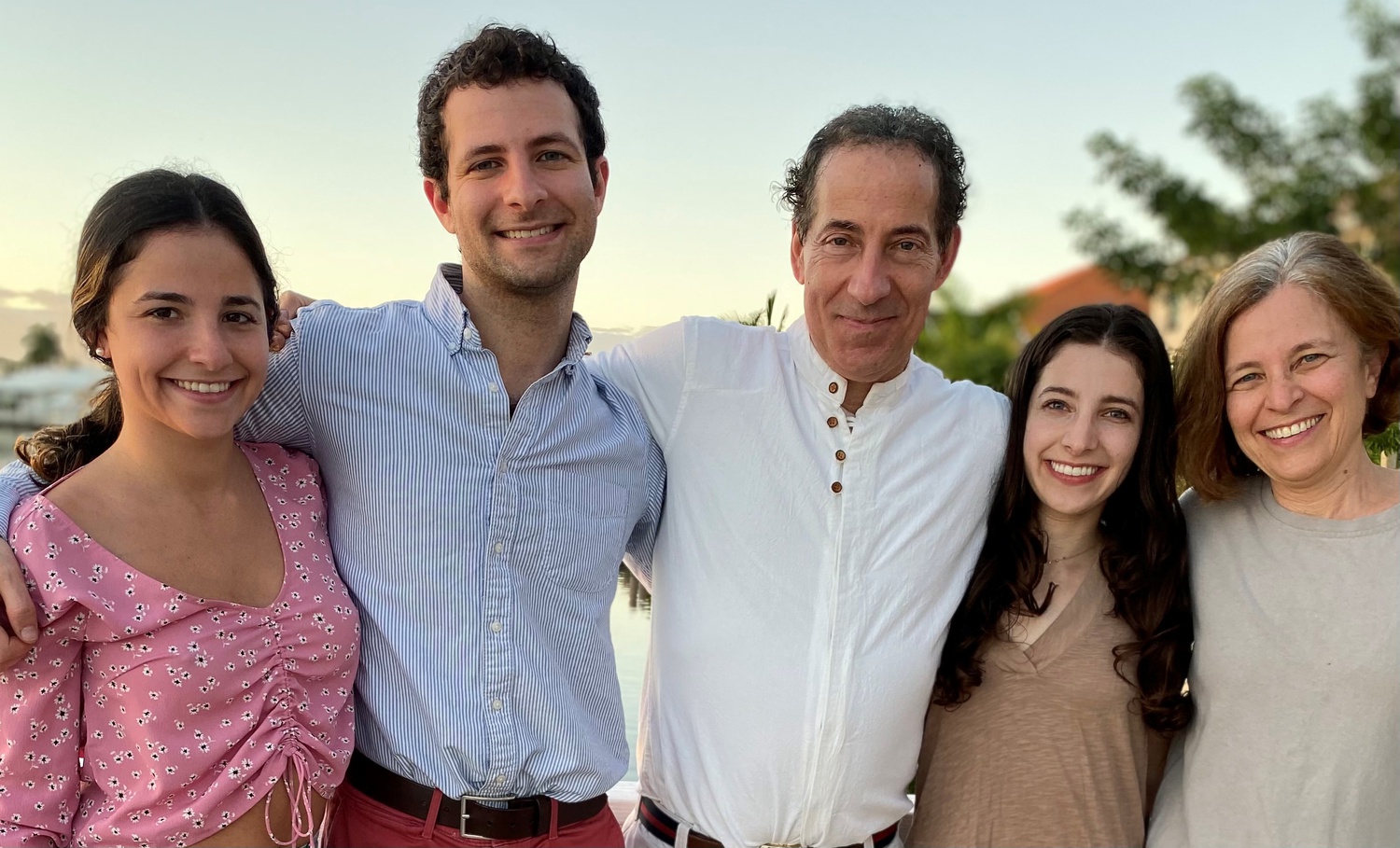 Thomas B. “Tommy” Raskin, second from left, with his family. By Courtesy of the Raskin Family

During a section discussion in the famed Harvard course “Justice” this fall, Suuba M. Demby ’22 remembers her teaching fellow — Thomas B. “Tommy” Raskin — asking, “Shouldn’t we all be doing as much as we can to help those less fortunate than us?”

What set Raskin apart, though, was that he did not just talk about creating a more just world, he lived his life in pursuit of that goal, Demby said. For that reason, when she learned a few weeks later that Raskin had donated to the anti-poverty organization Oxfam in the names of each of his students, she was not necessarily surprised, but simply “impressed and taken aback by how authentic he was as a person.”

Raskin, a second year student at Harvard Law School, died Dec. 31 at the age of 25. The cause of death was suicide after a long battle with depression, according to a family spokesperson.

Relentlessly passionate about aiding the global poor, Raskin’s friends and family said they will remember him as a visionary who displayed an intense commitment to justice and the truth, yet had an easy way of talking with people that made them feel heard and respected.

Demby’s perception of Raskin’s passion to make the world a better place was shared by his family and friends.

“College is a time when people do think about moral philosophy and morality, and that’s wonderful,” his father, U.S. Rep. Jamin Ben “Jamie” Raskin ’83 (D-Md.), said in an interview with The Crimson. “But oftentimes these reflections and deliberations stay academic — Tommy always wanted to make sure he was translating the beliefs he arrived at into practice.”

Jamie Raskin and his wife Sarah B. Raskin, both Harvard Law School graduates, penned a moving tribute to their son earlier this month, remembering a young man with “a perfect heart, a perfect soul, a riotously courageous and relentless sense of humor, and a dazzling radiant mind.”

Raskin graduated from Amherst College in 2017, where he majored in History, helped lead the Amherst Political Union, won the Kellogg Prize, and wrote “a compelling senior thesis on the intellectual history of the animal rights movement,” his parents wrote in the tribute.

In addition to serving as a teaching fellow in General Education 1171: “Justice: Ethics in an Age of Pandemic and Racial Reckoning” this fall, Raskin was a board member of Effective Altruism and a member of the Harvard Animal Law Society.

Jamie Raskin said he and his family appreciate the support that Harvard — particularly his son’s Law School friends — has shown following his son’s death.

“It’s obvious that there are lots and lots of hearts that were broken in section two at Harvard Law School — he made wonderful friends there and these people will be a part of our extended family for the rest of our lives,” he said.

‘A Buoyant Love of Teaching and Learning’

Nancy A. Fairbank, a second year law student, said she first met Raskin in her 1L Section, a collection of approximately 75 students that take classes together in their first year of law school. She recalled Raskin had a special gift for putting people at ease in his presence, even amid the intensity of Law School classes.

“Law school can be intimidating and stressful and confusing, especially in the first year, and Tommy just had a way of warming up whatever room he was in,” Fairbank said.

Raskin’s sense of humor shined through when professors called on him out of the blue — a staple of law school classes.

“Tommy not only always had a great answer, but said it in a very distinctly Tommy way that always made us laugh and brought a little bit of levity — much needed levity — to the classroom,” Fairbank said. “He never proselytized or preached, he would just hold quietly firm in his own dedication to justice in a way that made everyone else want to stand by his side.” 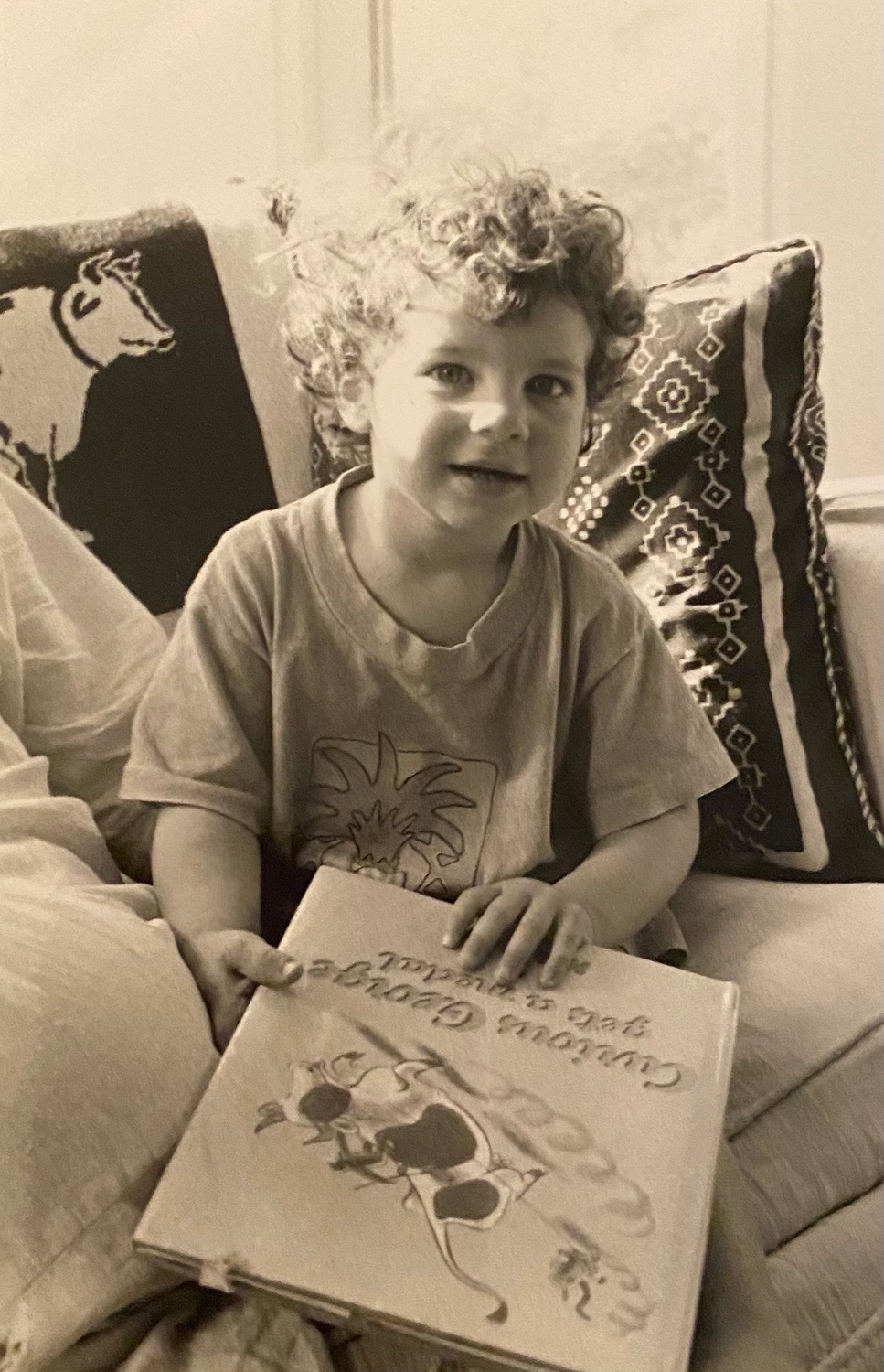 A young Tommy Raskin. By Courtesy of the Raskin Family

Rachel S. Casper, a second year law student and friend of Raskin’s, recalled one particular cold call during a class on tort law, in which students were notoriously addressed with honorifics. During a back and forth with the professor, the professor suddenly referred to Raskin as “Tommy” instead of “Mr. Raskin,” which Casper said had never happened before in the course.

“The whole class burst into laughter,” Casper said. “Tommy sat up straighter with a sly little smile and made some joke about how I guess we were dropping the pleasantries.”

From then on, “Tommy was Tommy in that class,” and everybody else remained “Mr. or Mrs. or whatever it might be,” she said.

Raskin was also known for his “extreme” love for the word game Big Boggle and would often invite his classmates to play with him, Casper said.

Faculty whom Raskin worked with said his commitment to justice and the law was evident in his classroom interactions.

“Tommy embodied the joy of learning for its own sake,” Law School Professor Carol S. Steiker ’82, who taught Raskin in “Criminal Law,” wrote in an email. “Not to compete, to succeed, or to fulfill requirements, but to understand, and to make a difference.”

“I feel privileged to have known and taught this extraordinary young person,” she added.

Professor Michael J. Sandel — who teaches the “Justice” course — wrote in an email that Raskin possessed “a buoyant love of teaching and learning” and that his presence as a teaching fellow was especially vital during a semester of remote learning.

“From the time I first met him, as we contemplated the possibility of his joining the Justice teaching team, his passion for philosophy, and for justice, was unmistakable,” Sandel wrote. “I instantly saw him as someone who would connect with students, and with his teaching peers, and whose love of justice and law, argument and philosophy would be infectious.”

‘A Radiant Light in This Broken World’

Michelle Kim, a third-year law student and the vice president of Effective Altruism, said she wished she could have paralleled Raskin’s unique ability to fight tirelessly for causes most people forget about — animal rights and the global poor — but without despair.

“[Tommy] wasn’t plagued with the cynicism and fatigue that I was plagued with, and had so much optimism and passion and openness to the world,” Kim said. “I wish I could resemble some of the fearless and compassionate engagement that he had with everyone he interacted with.”

Third-year law student Andrew H. Stawasz, who serves as president of Effective Altruism, said he was blown away not only by Raskin’s intelligence — “by Harvard standards, I think Tommy was just unbelievable” — but also by Raskin’s keen ability to facilitate deep conversation.

“I’m not joking when I say within five minutes of shaking hands, he had already plunged the conversation into tricky debates, and not harsh debates, but really intellectually and morally rich debates about finer points of animal ethics,” said Stawasz, who met Raskin at Animal Outlook — an animal advocacy nonprofit. 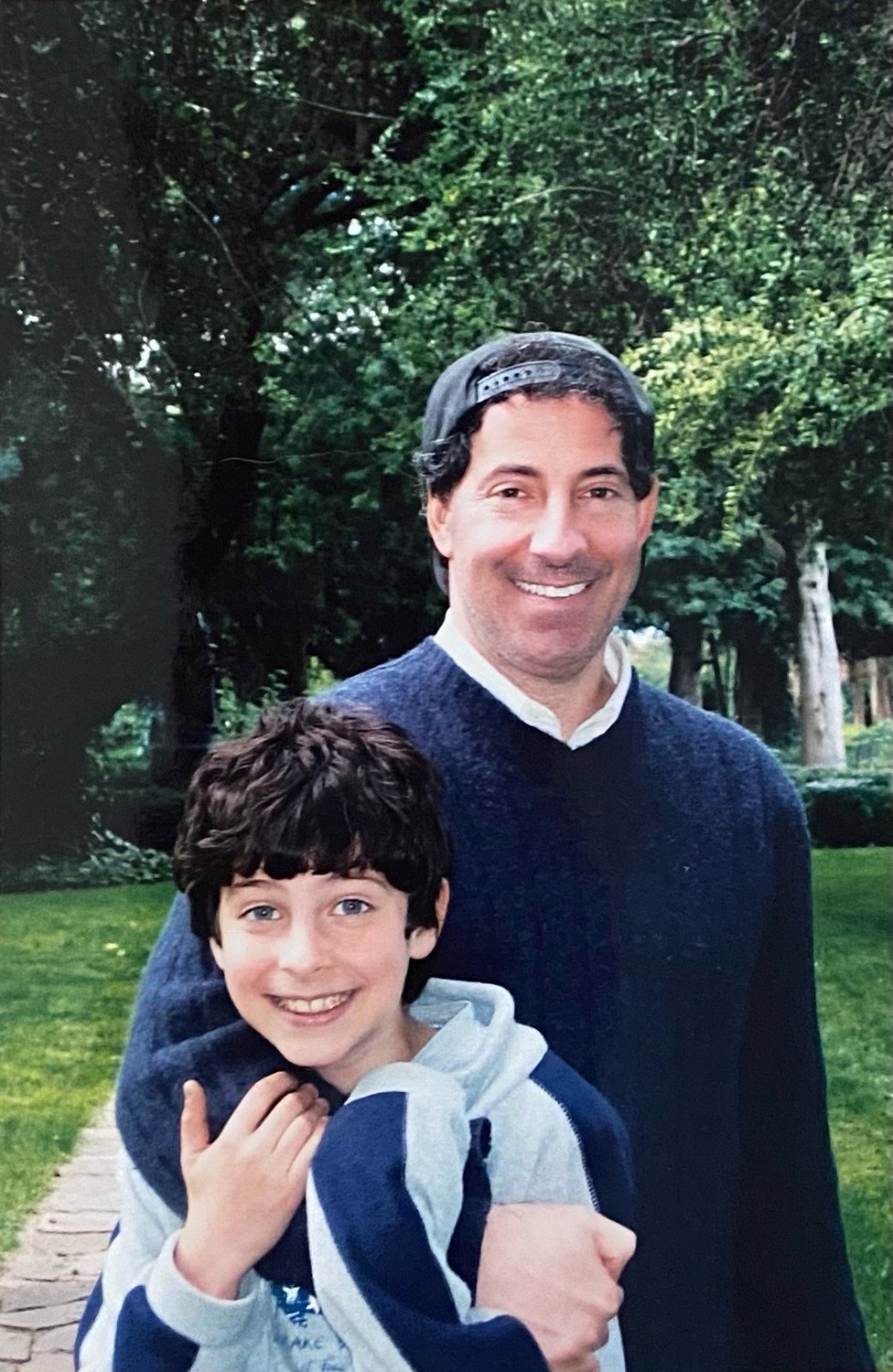 A young Tommy Raskin with his father, U.S. Rep. Jamin Ben “Jamie” Raskin ’83 (D-Md.). By Courtesy of the Raskin Family

An impassioned animal rights activist, Raskin also practiced veganism and recruited dozens of people to the cause, his parents wrote in their tribute.

Raskin was a notable speaker and member of national animal rights organizations. Daina Bray, who supervised Raskin during his internship at the nonprofit Mercy for Animals this past summer, recalled that during a constitutional law presentation Raskin gave to an American Bar Association subcommittee, he “impressed seasoned animal lawyers with his professionalism and legal analysis.”

“We all have certain views of morality and virtue and we like to talk about it — Tommy actually did it,” Hershaft said. Raskin’s death is a “huge loss to the vegan movement and the future of animals everywhere,” he added.

Jamie Raskin said in the interview his son will continue to inspire even those who did not know him personally to fight for the causes he believed in.

“My son had a pure heart, and a sparkling goodness about him — it was a remarkable thing just to be in his presence and company,” Raskin said. “Even in his death, [Tommy] has managed to mobilize and catalyze huge amounts of attention and resources to the causes that he lived."

Kari H. McDonough, a Maryland resident who lives in Jamie Raskin’s district, started “the Acts of Goodness in Honor of Tommy Raskin Initiative” shortly after Raskin’s death, writing a public Facebook post asking others to share an act of kindness done in Raskin’s honor. While the project began locally, it has expanded to include more than 1,500 people from at least 45 states, Washington D.C., Puerto Rico, and 20 countries outside the U.S. as of Jan. 15.

“Though I never met Tommy Raskin I was moved by his life, and his commitment to doing good,” McDonough wrote in an email.

‘I Wanted Them to See That the Truth is True’

Demby, the undergraduate in Raskin’s “Justice” section, said she will remember him as a “selfless, light-hearted human being.”

Although Raskin was “incredibly well-spoken and well-versed in the topics discussed in class,” she said he went above and beyond to make the section “student-focused” and “really cared about the well-being and success” of those enrolled.

The personalized donations Raskin made to the charity Oxfam on behalf of his students were just another example of that.

“I’ve never gotten that kind of gift from anyone before, especially a teacher and someone who I’ve never met in person,” said Lucas T. Gazianis ’24, another student in Raskin’s section. “I can probably speak for a lot of us when I say that he really was a model for how to be generous. I think he really showed all of us that selflessness is an amazing virtue, and I think he embodied it wonderfully.” 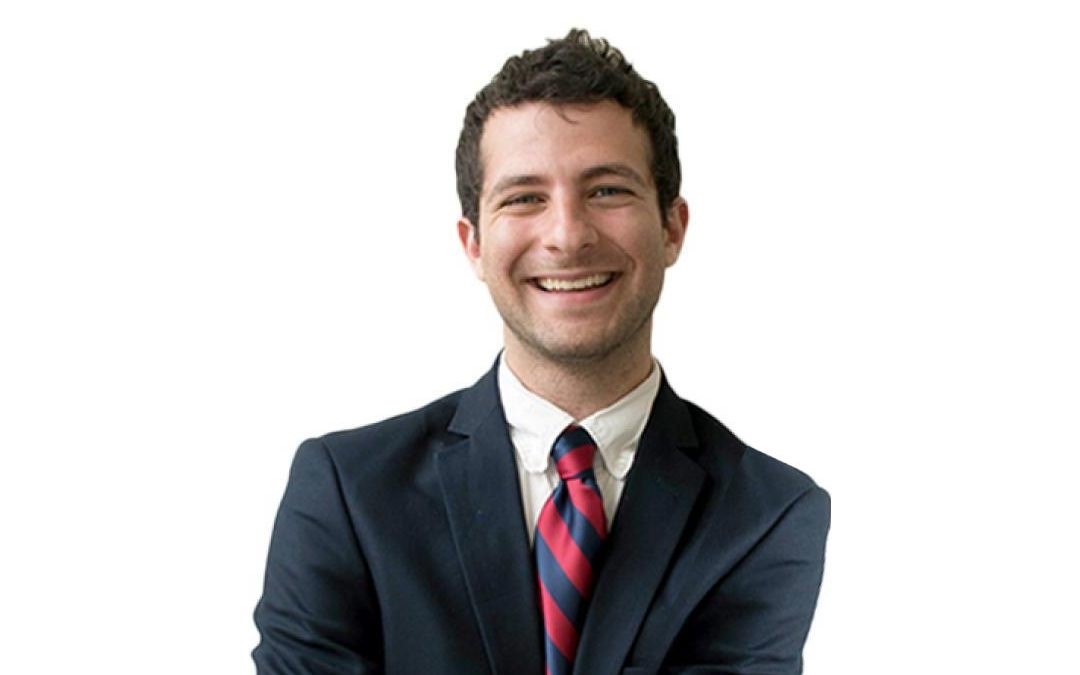 Tommy Raskin. By Courtesy of Friends Committee On National Legislation

Demby added that after Raskin passed away, students in his section decided to donate to Oxfam in his memory.

“By him making that action and reservation on behalf of all of us, he was showing, ‘No, you can actually practice what you preach. You can embody the values that you possess,’” Demby said. “That was really meaningful to me and the other students in my section.”

Jamie Raskin described his son’s donation as emblematic of his personality.

“Tommy was most moved by people who thought rigorously and systematically about morality and then acted upon their values and beliefs,” he said. “He had an extraordinary moral sense and he wrote dozens and dozens of essays just for himself to try to figure out moral problems. And then once he arrived at what he thought was the best solution, he would act upon it.”

When Jamie Raskin asked his son why he had donated in the names of his students, Tommy Raskin responded:

“I wanted them to see that the truth is true.”

If you or someone you know needs help at Harvard, contact Counseling and Mental Health Services at (617) 495-5711 or the Harvard University Police Department at (617) 495-1212. Room 13 Peer Counseling is offering virtual confidential peer conversations during the pandemic; visit its website here.