Machine Gun Kelly is Weed (Confirmed): What That Says About Celebrity Privacy 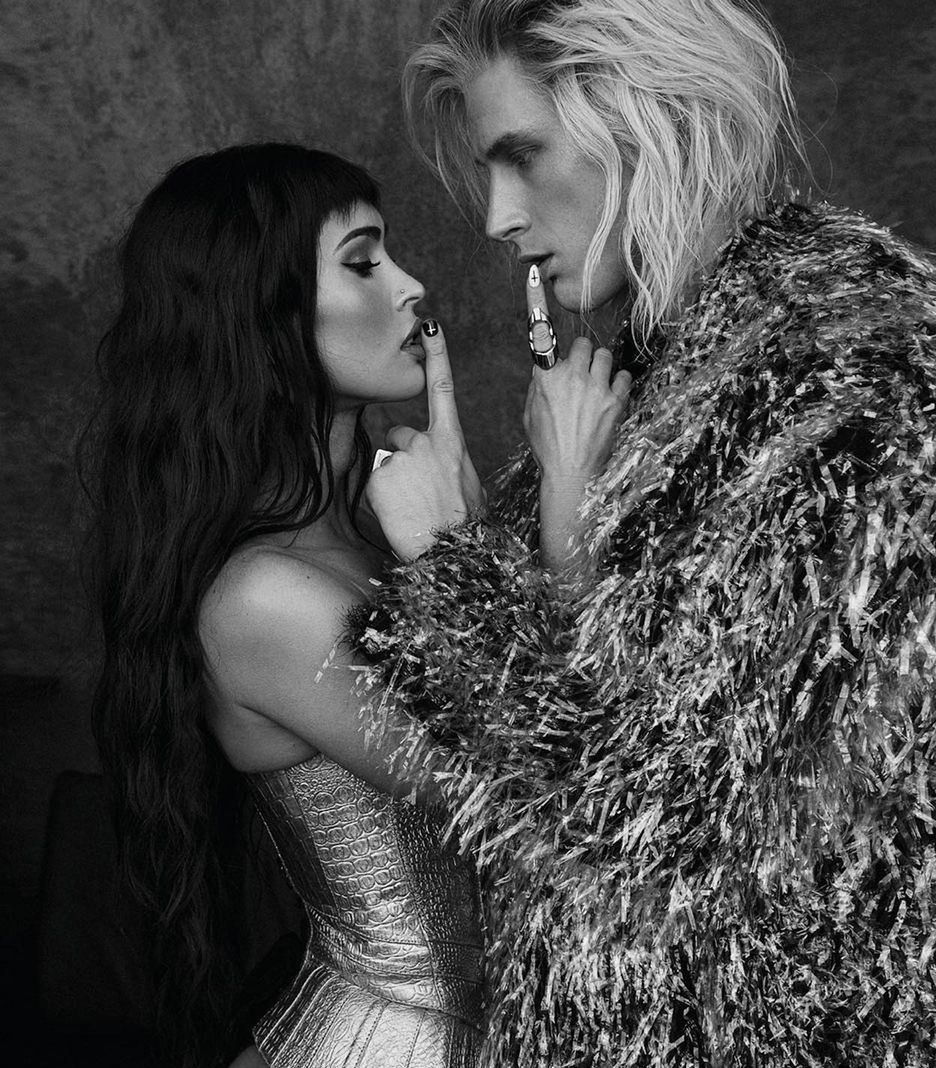 On Oct. 11, couple Machine Gun Kelly (M.G.K.) and Megan Fox gave GQ Magazine a sneak-peek into their relationship, including a questionable anecdote on how the two lovebirds first met when M.G.K. told Fox he was… weed?

The compelling pair have been together since June 2020, and have sparked conversation surrounding their unique expressions of affection from the beginning. During the interview in question, Fox and M.G.K. reflected on how they first met at a party in Los Angeles. “I just remember this tall, blond, ghostly creature and I looked up and I was like, ‘You smell like weed.’ He looked down at me and he was like, ‘I am weed,’” Fox said. “Then, I swear to God, he disappeared like a ninja in a smoke bomb.”

The odd interaction is reminiscent of a poorly written Wattpad fanfiction or YA novel and has even caused some fans to question not only M.G.K.'s thought process but, more radically, their long-held allegiance to icon Megan Fox. While the general reaction to this interaction and much of the pairing’s relationship has been that of confusion and curiosity, I present the following rebuttal in response to those questioning the relationship’s apocalyptic fairy tale theme: Why not?

The couple graces GQ’s Autumn/Winter 2021 cover in a grayscale, mobster-esque series of images. Regardless of whether the connection will last, both parties are well within their right to strive for their idealized relationship, even if that entails christening each other with matching tattoos reading “The darkest fairytale.” Sure, Fox and M.G.K. may both be in their 30s with children and entire artistic careers, but who’s to say that should stop them from fulfilling their dark twisted fantasies in the here and now?

Fox and M.G.K. are not the first to do it, of course. Take, for example, the short-lived yet fast-paced relationship between musician Grimes and tech mogul Elon Musk. An iconic crossover episode between an electropop auteur and an ethically questionable titan of industry, the relationship’s highlights included matching anime Twitter icons and a baby by the name of X Æ A-Xii. The pairing remained in the spotlight for its entire three-year run, partially due on the one hand to the inescapable publicization of celebrity lives, and, on the other, the couple’s extensive use of Twitter to talk to each other.

Angelina Jolie’s similarly aestheticized and fleeting romance with Billy Bob Thorton was memorialized by a now-removed tattoo of Thorton’s name on Jolie’s right arm and their decision to wear vials of each other’s blood around their necks. In the early 2000s, the public was absolutely fascinated by this pairing. It was quite honestly the pinnacle of modern romance. The mix of positive and negative reactions that fueled steady interest in their peculiar displays of affection seem to parallel the response to Fox and M.G.K.

All of this is to say that even though the public reserves the intrinsic right to hate things, celebrities’ rights to enjoy things must also be appreciated. While the fact that Megan Fox was swooned by a claim to exist as marijuana may be a truth some would rather have not known, one must also respect the confidence exhibited by the couple in their public expression of these intimate relationship details. There’s an inherent hypocrisy to our desire for celebrity information coupled with our repulsion when the information is not what we expected. Some celebrities’ seemingly indiscriminate disclosure of personal details can even be seen as a push-back against and subversion of the common lack of privacy that is a staple of superstar life.

While it would be outlandish to expect a co-worker to announce each and every one of their romantic pitfalls, squabbles with the law, or opinions on major political topics while preparing the morning coffee, celebrities are expected to present these aspects of their lives or otherwise have them leaked. With the number of big names whose personal lives are common knowledge, it is not such an outlandish thought that they may decide to take the dissemination of their personal information into their own hands. With the public’s high demand for details on celebrities’ lives, why shouldn’t celebs take it upon themselves to give the public exactly what they are asking for?

So in other words, when it comes to M.G.K. and Megan Fox: Why not?