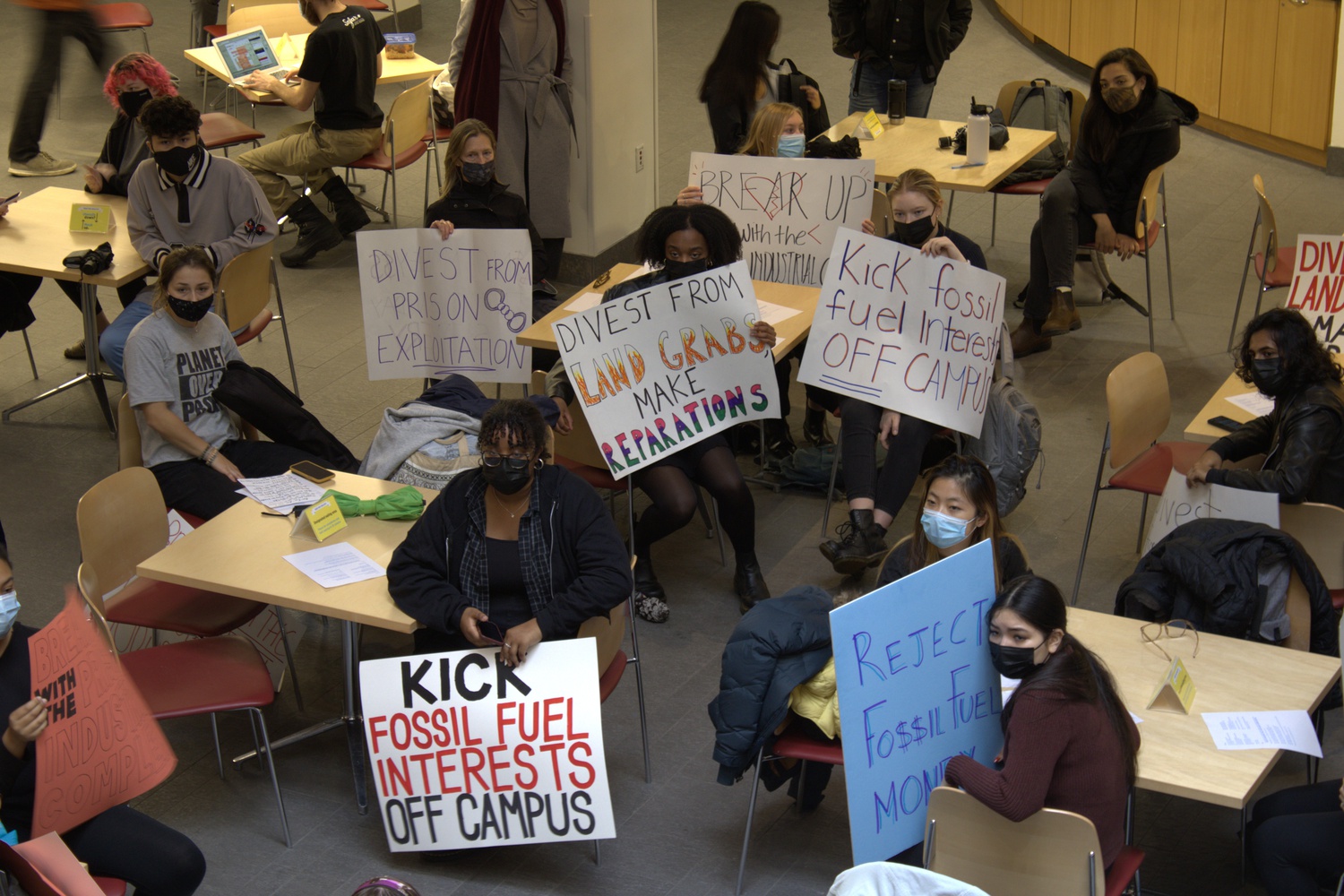 Among those listed in the report, student activists named the faculty and board members of the Harvard Kennedy School, Harvard Law School, and the Harvard Corporation — the University's highest governing body.

Despite University President Lawrence S. Bacow’s September announcement that Harvard will effectively divest from the industry, FFDH activists are still interested in learning the extent to which fossil fuel companies have funded University research.

“Universities like Harvard are entangled with the industry in more ways than their endowments,” the report reads. “Even as they move to make their investments fossil free, they are allowing fossil fuel companies to fund research and programming, including around key issues of climate science and policy.”

FFDH activist and report co-author Suhaas M. Bhat ’24 joined other activists to investigate how fossil fuel money plays a role in academic research. They found that there were “millions upon millions of dollars” of fossil fuel funding all over Harvard’s schools.

In the report, FFDH activists alleged the Kennedy School of Government’s Mossavar-Rahmani Center for Business and Government and the Belfer Center for Science and International Affairs — two centers focused on the study of environmental policy — are funded by oil money.

“The Belfer Center’s relationship to the fossil fuel industry has persisted since its founding, taking the forms of both program funding and faculty ties,” the report reads.

Beyond the Kennedy School, Divest Harvard also argued that members of the Harvard Corporation have profited from the fossil fuel industry.

Wells has recused himself from Corporation deliberations related to fossil fuels since he agreed to represent ExxonMobil in 2015. Wells, Finnegan, and Rubenstein did not respond to requests for comment.

Outside the Corporation, the report stated that Harvard Law School professor Jody Freeman — the co-chair of the Harvard Presidential Committee on Sustainability and the director of the Law School’s Environmental and Energy Law Program — serves as a board member for natural gas conglomerate ConocoPhillips, per the company’s website.

Freeman did not respond to a request for comment.

Divest Harvard demanded the University to publicly disclose all funding and gifts related to research. It also called for Harvard to bar any future funding from fossil fuel companies for research on the environment, energy policy, or climate change.

Harvard Kennedy School student John J. Verghese, a co-author of the report, pointed to the Harvard School of Public Health’s policy against accepting funding from tobacco companies as precedent for the group’s demands.

“If you accept funding from someone, it is much harder to criticize the kinds of things they do, which is why the Chan School has a policy against accepting any kind of tobacco companies,” he said. “They have to draw the line in the sand and just say, ‘No, these are bad actors, and we won't take their money.’”

University spokesperson Jason A. Newton declined to comment on the report.

Divest Harvard joined with the Harvard Prison Divestment Campaign and Stop Harvard Land Grabs on Friday to reiterate the report’s demands. Student activists rallied across campus, moving from the Kennedy School to the Science Center before concluding at the Law School.

Phoebe G. Barr ’24, an organizer with Divest Harvard, said she believes the two activist groups should “invest in solidarity,” despite their different divestment goals.

“We want these campaigns to work more closely together because essentially, we’re all fighting for the same thing,” she said. “We’re fighting for a just endowment, a Harvard we can believe in, and a future that prioritizes people over profit.”