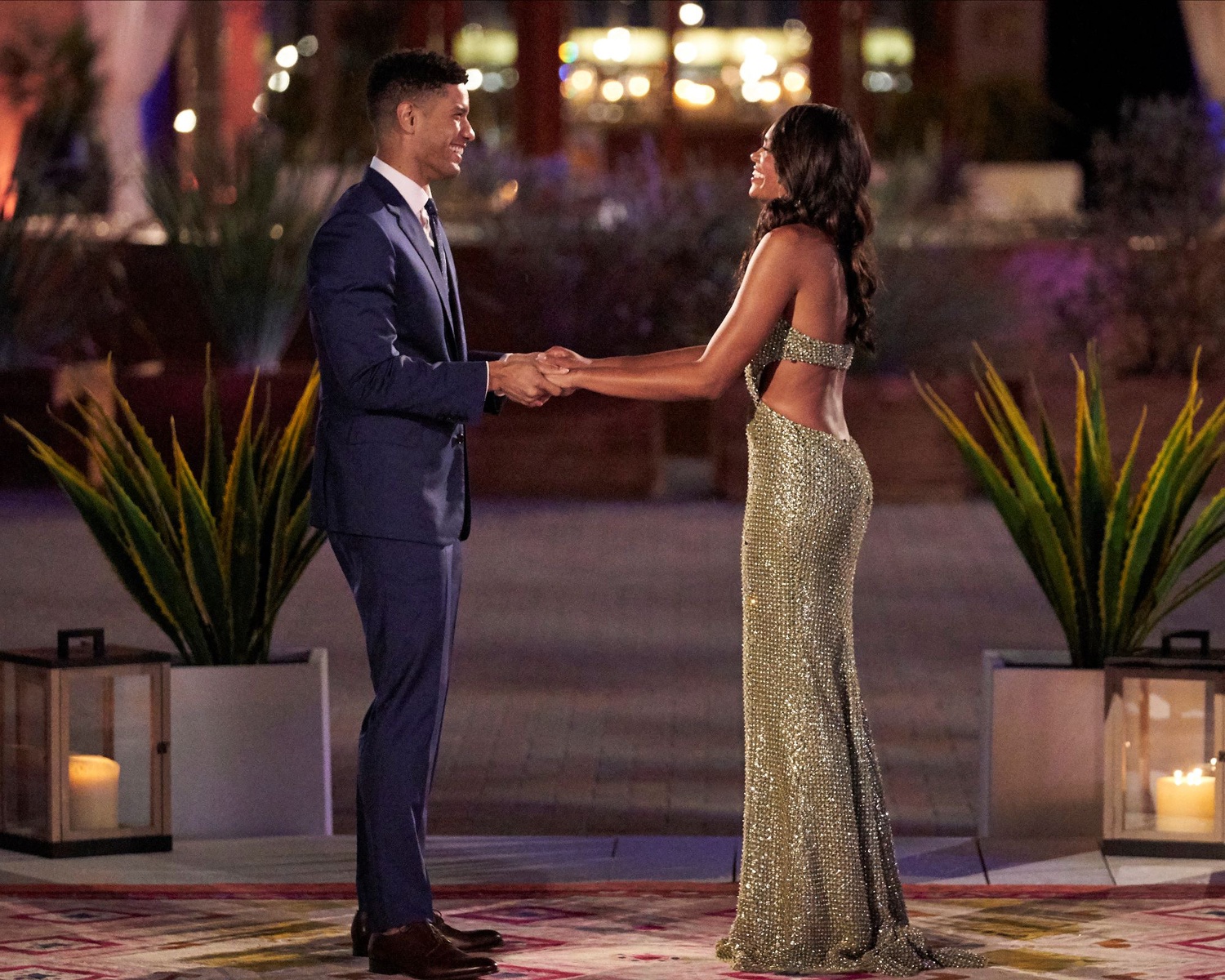 A Mathematician Walks Out of a Limo

Meet Romeo P. Alexander '11, who was on the "Bachelorette," has a Ph.D. in atmosphere-Ocean Science and Mathematics, and loves Reddit.
By Sarah W. Faber

Romeo P. Alexander ’11, who was eliminated in Week 4 of Michelle Young’s “Bachelorette” Season 18, is not your typical “Bachelorette” alum. The 32-year-old New Yorker does not host a podcast, nor does he sell protein shakes on Instagram. He has no ostensible ambitions to be a career social media influencer. Instead, he’s a mathematician with a Ph.D. in Atmosphere-Ocean Science and Mathematics from NYU whose preferred social media platform is Reddit.

At Harvard, Romeo concentrated in Mathematics and lived in Cabot House. He developed a love for travel: He spent a summer in Ghana taking a history course on the transatlantic slave trade, and did a homestay and internship in Tokyo after studying Japanese for three years.

While Romeo was familiar with the reality TV of his youth — namely, he watched “TRL” and “The Apprentice” as a teenager — he hadn’t seen an episode of “The Bachelor” until January of 2021. This year’s “Bachelor” Season 25 saw the first Black bachelor in the franchise’s 18-year run: Matt James.

“Throughout Matt James’ season, [my dad] kept saying ‘You gotta watch this, it’s history being made with the first Black bachelor,’” Romeo recalls.

The first episode Romeo watched was Season 25’s “After the Final Rose” special, which, he notes with a smile, was also the first time he saw Michelle.

“The ironic thing was that the entire time my dad was watching this he kept saying, ‘That could be you up there’ and ‘This is very relevant to you, son, because what if one day you’re up there and you need to know how to handle the drama.’ I was like ‘Yeah, sure, whatever.’”

Within a week, Romeo was contacted on LinkedIn by a recruiter who encouraged him to apply to the next season of the “Bachelorette” . Romeo researched the process and “took a while to fully comprehend” what he was getting himself into. Ultimately, he decided to go on the show to have fun, build confidence, and learn about dating and romance.

“I was very fortunate that I got a lot of support from my colleagues and my employer,” he says. “They were like ‘There’s more important things than money and career. What if you find love?’”

“There was a thorough and comprehensive process — and kind of, in a way, more thorough and stringent than [an] application to Harvard,” Romeo says of the show’s vetting process. “I had never really done fingerprinting before.”

Romeo’s first bit of screen time was his limo exit — a segment in the season premiere in which suitors exit a limo to meet the lead and deliver some sort of greeting to them. Romeo recalls it as a “too obvious” opportunity to make a joke of his name — he delivered a line about Michelle being his Juliet, in French, and then delivered it again in English.

“I went in thinking I’m going to deliver this long monologue speech, but very quickly Michelle made it clear that we’re gonna have normal conversations.” Romeo noted that he was attracted to Michelle, and thought the feeling was reciprocated; though their time together was brief, there was definitely a spark.

Ever analytical, Romeo approached rose ceremonies, where suitors are eliminated and favored candidates make it to the next episode , with probability; if there’s a villain in the crowd, that would be one more rose up for grabs. “I also thought that I had a Chris S. buffer, because surely he wouldn’t get a rose, so the whole time I was doing these calculations,” Romeo says. “When he got the rose it was weirdly simultaneously shocking and at the same time there might be some method from Michelle’s perspective, because it can be very valuable having a bit of a dramatic person to help her see how the other guys react.”

While Romeo was disappointed to be eliminated during the rose ceremony, he notes that he and Michelle had explored their connection as much as they needed to, and that his time on the show had a positive impact for him.

“Being in that setting, I learned a lot about myself and dating and how I come across and what I should talk about or not, and understanding the flow of conversation,” Romeo says. “Immediately after I left the show, I could already feel that I was happier and more confident.”

Romeo still meets up with friends he made during his time on the show, both producers and fellow contestants alike, including Pardeep Singh, Casey Woods, and Rick Leach. He watches the show every week; after we hung up, he was headed to watch Episode 5 of the “Bachelorette” with some friends from high school.

Romeo’s love of Reddit — he noted that he “can’t imagine watching a football game or watching a TV show without reading all the forums” — has now extended to the “Bachelor” world. I asked him if he was on any of the “Bachelor” subreddits, to which he gave a definitive response: “Yeah. I’m in all of them. I read every comment. ” A true patriot of Bachelor Nation, Romeo also listens to “Bachelor” podcasts, including “The Betchelor” and a personal favorite, “Dear Shandy.”

As his reach into Bachelor Nation expands, so does the list of people sliding into his DMs. “A lot of strangers started looking at my Instagram profile and that’s been an interesting experience but I welcome it,” Romeo says.

He noted that the messages came in waves, the first being from high school, middle school, and college classmates after the cast announcement came out: “They’re like, ‘it’s mind-blowing and yet, if it would be anyone, of course it would be the guy named Romeo.”