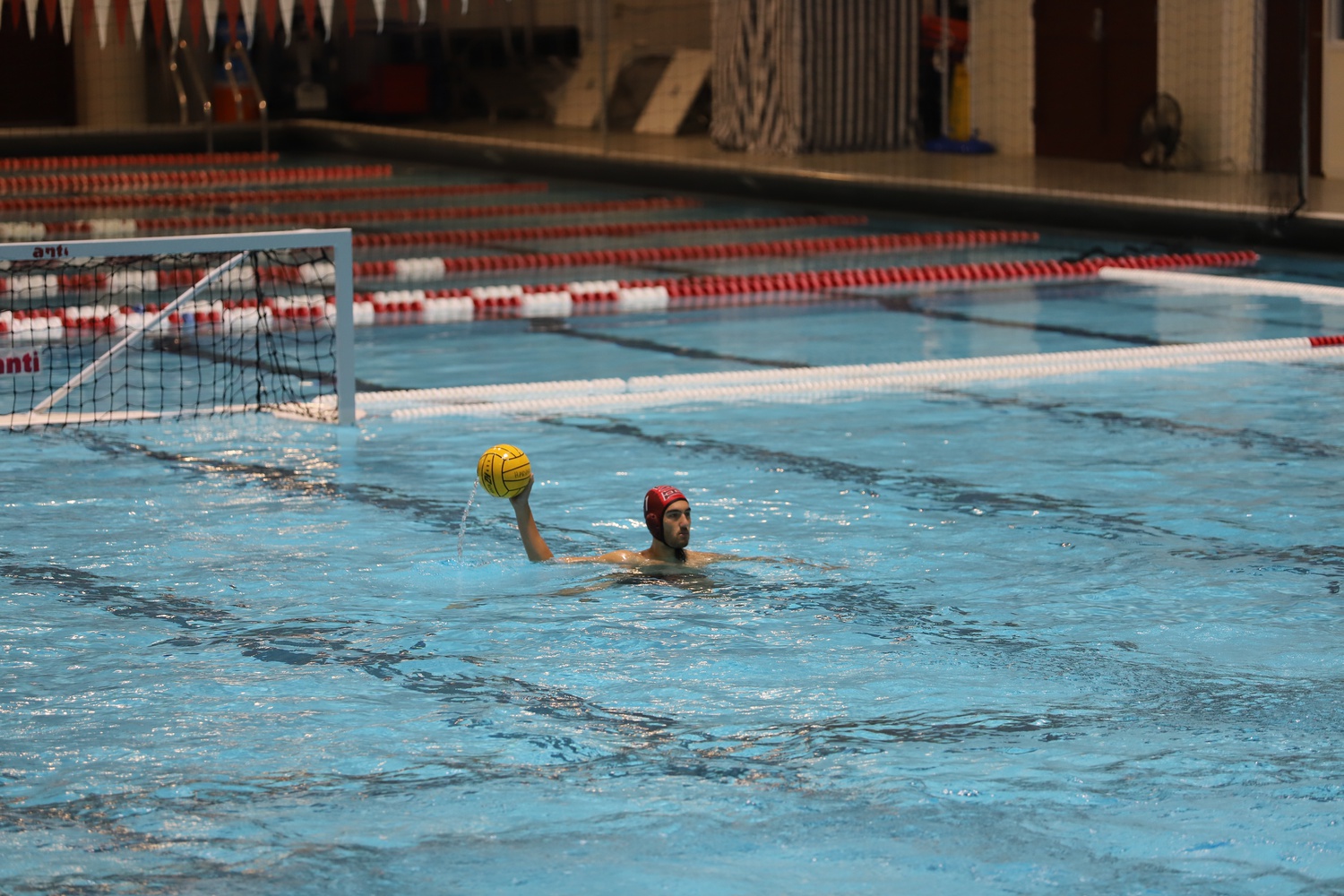 Men’s water polo jumps to No. 11 in the nation following three wins and a close 13-10 loss against No. 7 UC Santa Barbara in the Julian Fraser Memorial Tournament. By Josie W. Chen
By Ever A. Marinelli, Contributing Writer

“I thought we played well, even in the loss against Santa Barbara,” head coach Ted Minnis said. “[The weekend] was a really good springboard, getting us prepared for these last six conference games before we go into postseason.”

For Minnis and the 14 team members who call California home, the Julian Fraser Memorial Tournament was more than just an opportunity to play high-level water polo. Players noted that they were incredibly thankful to feel the support of friends and former teammates at their games and enjoyed the chance to reconnect with family members.

The Crimson started off strong with a decisive 15 point win over Fresno Pacific (5-16, 2-3 WWPA). Offensive players had a great run, with junior attacker Alex Tsotadze and sophomore center Kaleb Archer scoring four and five goals, respectively. The impressive 24-goal game marked a season high for the Crimson as well.

Harvard found success on the second day of competition as well, tallying two additional wins Against California Baptist, Tsotadze and sophomore attacker Owen Hale scored three goals each, and junior goalie Noah Hodge had a fantastic second half of the game, saving 10 of California Baptist’s 12 shots. The second victory of the day, over Santa Clara University, was Harvard’s 10th consecutive win and 20th win of the season.

The streak came to an end as the Crimson faced off against No. 7 UC Santa Barbara, the highest-ranked team it has competed against thus far in the season. Despite finishing the weekend with a loss, Minnis and players alike were pleased with the level of play.

“We played a great game against a great team and proved to ourselves that we can play at a really high level,” Tsotadze said. “Even though we weren’t able to come out on top against Santa Barbara, it made us believe in what we have been saying all year – that we can compete with anyone in the country.”

Tsotadze also noted that Harvard suffered a lapse in the third quarter that saw the squad fall to an 8-4 deficit, and Santa Barbara’s consistency ultimately made a comeback too difficult.

“When you play a team like that, they’re going to capitalize on your mistakes, and I think we had some breakdowns defensively that they capitalized on,” Minnis said. “We've gotten away with making those mistakes against other teams, [but] we didn’t get away with it against Santa Barbara.”

As the season wraps up, the team is focusing on the remaining games before the postseason. With just under three weeks to go before the Northeast Water Polo Conference Tournament, the Crimson will look to refine its play and continue to improve upon its national ranking.