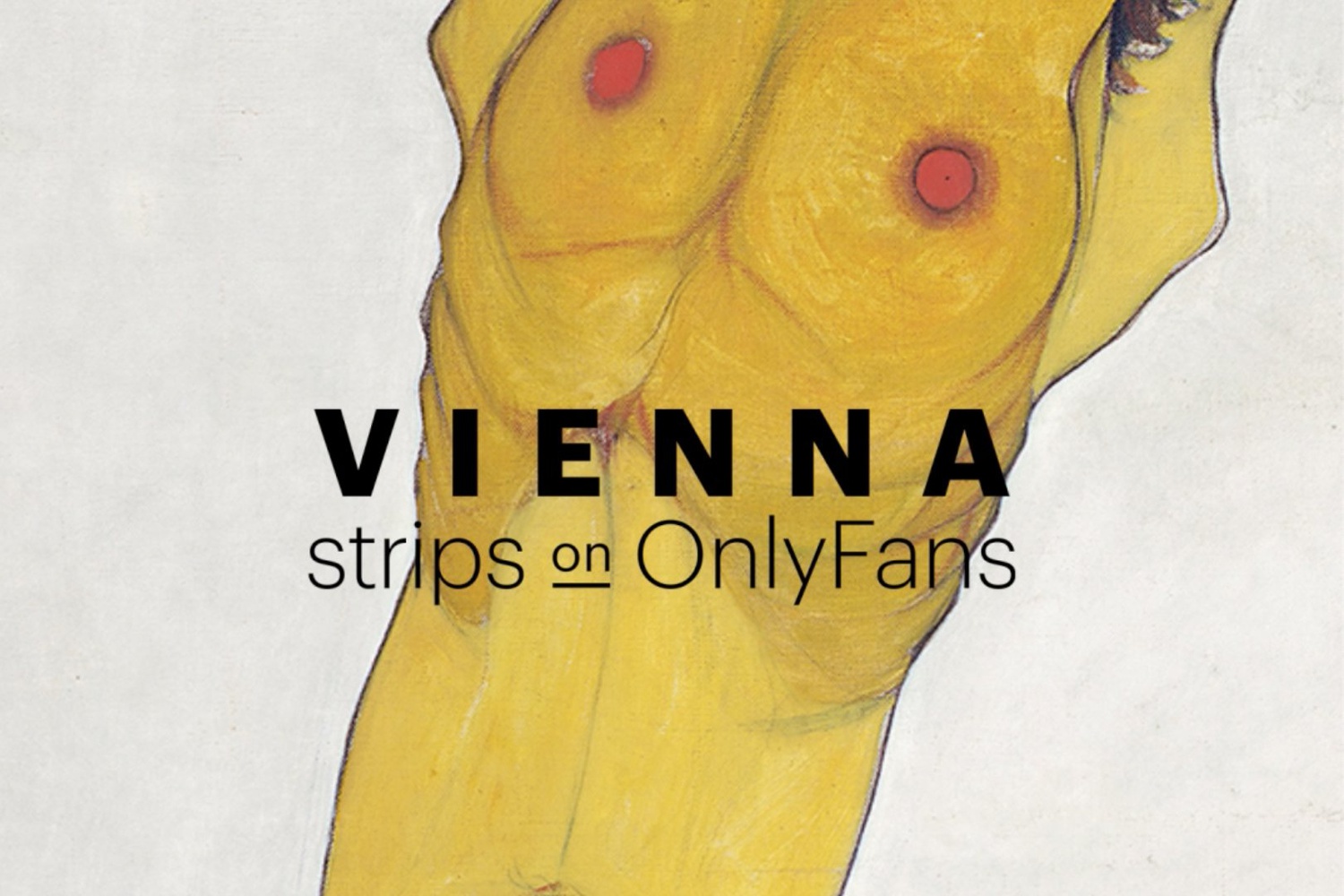 The Vienna Tourism Board has started an OnlyFans for its museums to show art like expressionist Egon Schiele's nude paintings. By Courtesy of Vienna/YouTube
By Bella Kim, Contributing Writer

Last month, OnlyFans found an unexpected client at its doorstep: the Vienna Tourist Board. After its posts of nude artwork were banned from Facebook, Instagram, and TikTok, the Vienna Tourist Board turned to the social platforms’ X-rated counterpart. Now, the cultural hub and capital of Austria is finally able to make its magnificent selection of Egon Schiele, Richard Gerstl, Koloman Moser and Amedeo Modigliani works available to the public. These are only some of the artists the museums teased on their website and in a cheeky promo video in September, titled “Vienna Strips on OnlyFans.” This bold move — now operating under the slogan “Vienna laid bare” — is the latest cause célèbre in the art world, rekindling the discussion on the ethics and extent of art censorship.

In the eyes of Facebook, Vienna is a recidivist. In 2018, the platform removed a post from Vienna’s Natural History Museum containing an image of the “Venus of Willendorf,” one of the world’s oldest symbols of motherhood and fertility. It may have survived 30,000 years of human history, but evidently, it couldn't survive Facebook;s nudity policy. To the social media behemoth, a piece of art cherished in the Stone Age is far too daring. Vienna isn’t the first victim of social media’s draconic censorship of sexual depictions in art, either. From banning medieval illuminated manuscripts to censoring a pop art painting of a woman licking an ice cream, Facebook has had a less-than-ideal history with suggestive art. If the state of art didn’t already seem Orwellian enough, consider that a photo of “The Little Mermaid,” a public statue deemed Denmark’s national treasure, was too topless for the site.

These social media “community guidelines” effectively sideline an entire genre of fine art from mainstream platforms, which is especially debilitating for artists and art institutions working in today’s digital age. Social media is an indispensable marketing and networking tool for the art world, allowing artists to promote exhibitions, showcase their portfolio to an international audience, and even be discovered by curators. It’s not an understatement that platforms like Facebook and Instagram have democratized art-making, serving as important launchpads for rookie and untraditional artists. Yet, despite stating in their community guidelines that they “allow photographs of paintings, sculptures, and other art that depicts nude figures,” Facebook’s surveillance algorithm is often at odds with artistic freedom of expression.

During the pandemic, social media has been one of the few ways for museums to showcase their art under social distancing guidelines. Social media has undeniably played an important role in globalizing and widening access to art over the past years, but currently, this art is at the mercy of nipple-targeting AI algorithms. The opaqueness and inconsistency of social media community guidelines don’t help either. On the same platforms that ban medieval art, a simple hashtag or two can bring users to a slew of pornographic content.

According to the Supreme Court’s current constitutional definition, a work must “lack serious literary, artistic, political, or scientific value” to be considered unprotected obscenity. The artistic and intellectual merit of displaying Vienna’s masterpieces far transcends this definition, and it’s problematic that major (U.S.-based) social media companies are letting AI decide for its users what does and doesn’t constitute “artistic value.” A more careful and humanized consideration of art is needed to safeguard and render accessible humanity’s rich culture and creative endeavors.

Not only does online art censorship hold people back from revisiting past artworks, but it also stops them from taking artistic risks in the future. Norbert Kettner, the director of the Vienna Tourist Board, is concerned about the possible consequences such censorship has for the next generation of art. “Young artists depend on online channels,” he told The New York Times. “We think and we feel that there’s a sort of unconscious self-censorship that is going on in the brains of these artists. ‘What can I post?’ That’s even more serious. The algorithm is suddenly in a position to determine our cultural legacy for tomorrow.”

It’s one thing to censor Rubens alongside hate speech and defamation; it’s another to censor art so strictly that OnlyFans is the only platform that leading art museums can showcase their collections in. Critically, the restrictions that social media platforms impose on artists also further sexualize and stigmatize artworks that reproduce the human body in appreciation of its beauty and perfection. Especially given that social media is a wellspring of inspiration and opportunity for self-actualization for young artists, it has a responsibility to whitelist all art, nude or not. The beauty that these masterpieces hold is far too complex and ambiguous for algorithms to assess.
The Vienna Tourist Board acknowledges that posting pictures of artworks on OnlyFans isn’t a sustainable solution. Rather, it is using this opportunity to voice long-held complaints about art censorship. "What we've experienced during the last days is this huge international and global interest in the topic, and this is actually more important to us,” Helena Hartlauer, a Vienna Tourist Board spokesperson, said in an interview with NPR. “Vienna laid bare” doesn’t have to stop at just creating sound and fury — it has the potential to spearhead the much-needed liberation of art.