ModdedController360 Review: An Opportunity to Reflect on Chalamet’s Growth 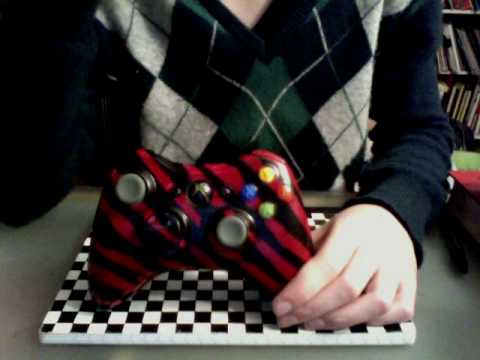 Following the release of “Dune,” the second most essential Timothée Chalamet-related piece of news from the past two months is the discovery of his YouTube channel, ModdedController360.

Active 11 years ago, Chalamet once used the channel to post a total of three videos, all around 45 seconds to a minute in length. Each features a newly-redesigned Xbox controller of the week that Chalamet had either sold to a specified gamer or had made available for sale to his now-500K viewers, though the number is doubtlessly due, in part, to the recent rediscovery of the account by his fans. Each of these video game controllers had been modified by Chalamet himself. The camera cut is centered on Chalamet’s hands holding the week’s given controller at a desk so that only his torso is visible. Chalamet’s face is never shown.

Overall, the controllers feature strong yet simple color combinations with bold patterns. Technically, these designed controllers are decently made but not show-stopping. Using spray paint for his designs, Chalamet shows off one “Christmas-themed” red controller with a green rim and accents, one blue and silver patterned controller, and finally one red and black “tiger” striped controller. At times, especially in the latter two controllers, the paint appears in places to be somewhat shakily applied.

Turning the focus from the controllers to Chalamet’s presence in these videos, one can see an early form of Chalamet’s ability to work an audience. He engages with his viewers charismatically, earnestly asking them to subscribe to his channel and like his video. He even encourages the audience to interact on a deeper level by using the comments section to suggest new color ideas or to “make offers” on his handmade controllers.

Still, the young Chalamet that found a side gig on YouTube still has a long way to go regarding his confidence levels. He ends one video saying that he doubts users would want to buy his controllers, “but whatever.” Perhaps if Chalamet was more serious about this endeavor, he would have maintained a consistently positive attitude towards his products. After all, the purpose of this channel was to showcase, and potentially sell, his controllers to the world.

When he does make positive comments, such as saying that the controllers work perfectly or calling his controllers “sexy,” his comments come off as genuine and not forced, which adds to his likeability and credibility.

Across the videos, his engagement with the camera also varies. At times, Chalamet uses hand movements to further a viewer’s experience, flipping the controllers around so a user can see the whole design or verifying that the buttons and other elements of the controller are still functional. But at other times, his motions detract from the general viewing experience and emit nervous energy, as when Chalamet fidgets with the controllers or rapidly moves them around without cause.

Ultimately, ModdedController360’s era ends on an unfinished note. In the last video, from March 16, 2010, Chalamet teases his audience with the idea of a jet black and purple controller that he is “pretty sure” will be next week’s featured design. But the next week’s video was never uploaded.

In 2021, this channel serves as a look at a young, nervous, camera-shy Chalamet from long ago, marking a sharp contrast to the charisma and confidence he is known for today. Almost as though it were a time capsule, the videos give viewers insights into who Chalamet was before stardom, as well as an added perspective on the journey and growth he experienced as he grew from filming at his desk to filming on the set of blockbuster productions.