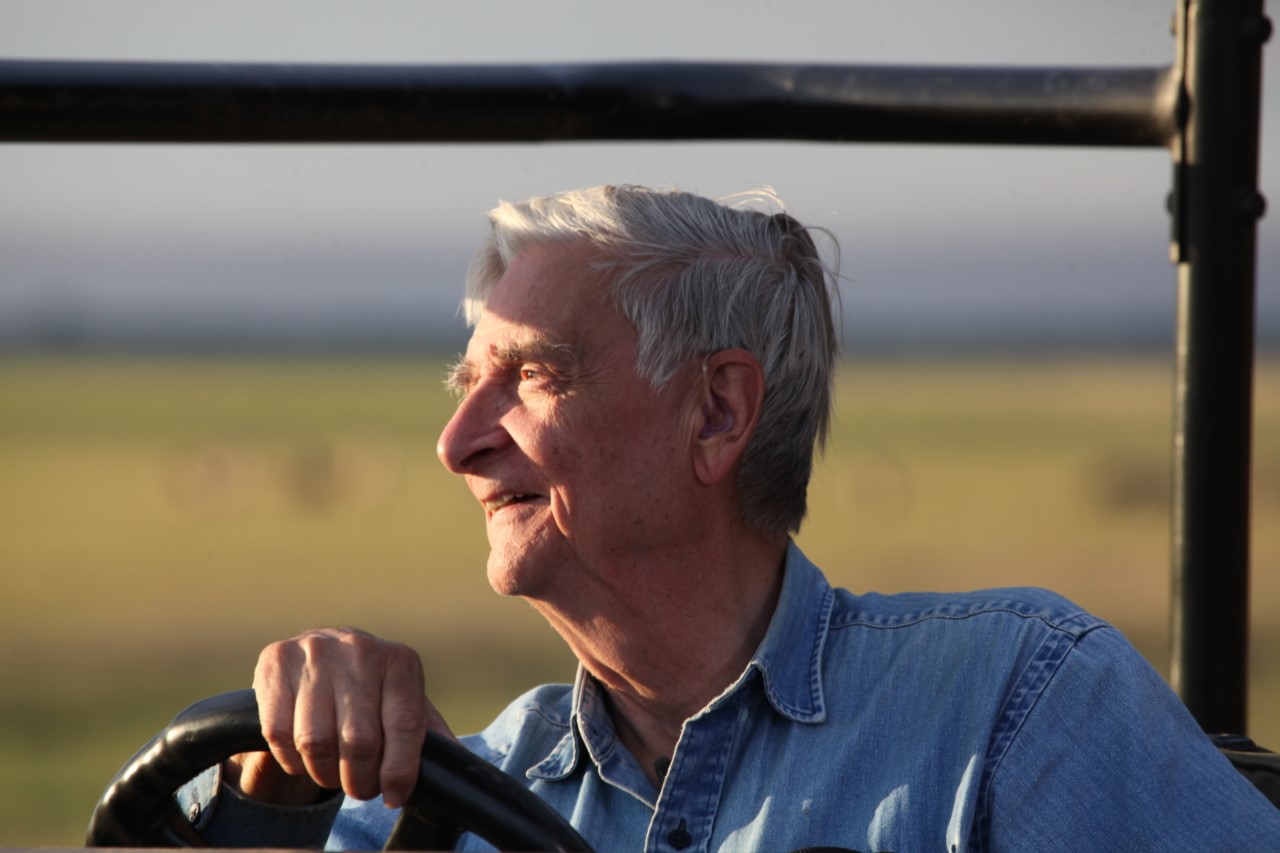 Edward O. Wilson, who taught at Harvard for 46 years, was one of the world's leading experts on biodiversity. He died on Sunday in Burlington, Mass., at age 92. By Courtesy of the E.O. Wilson Biodiversity Foundation
By Felicia He, Crimson Staff Writer

When Piotr W. Naskrecki, an entomologist at the Harvard Museum of Comparative Zoology, visited Mozambique with Edward O. Wilson in 2012, the two came across a column of giant Matabele ants — a type of “vicious predator” with a powerful sting.

“Of course, him being Ed, who has no fear, he picked one up and it, of course, stung him,” Naskrecki said. “And he said that this was the first time in his entire life that he actually had the thought of dropping an ant — he didn’t.”

“That just kind of tells you what kind of person he was,” he added.

Wilson, who taught at Harvard for 46 years and was dubbed “Darwin’s Natural Heir” for his groundbreaking research on evolutionary theory, died on Sunday at age 92. Wilson authored more than 430 scientific papers and won two Pulitzer Prizes as one of the world's leading experts on insects and biodiversity. 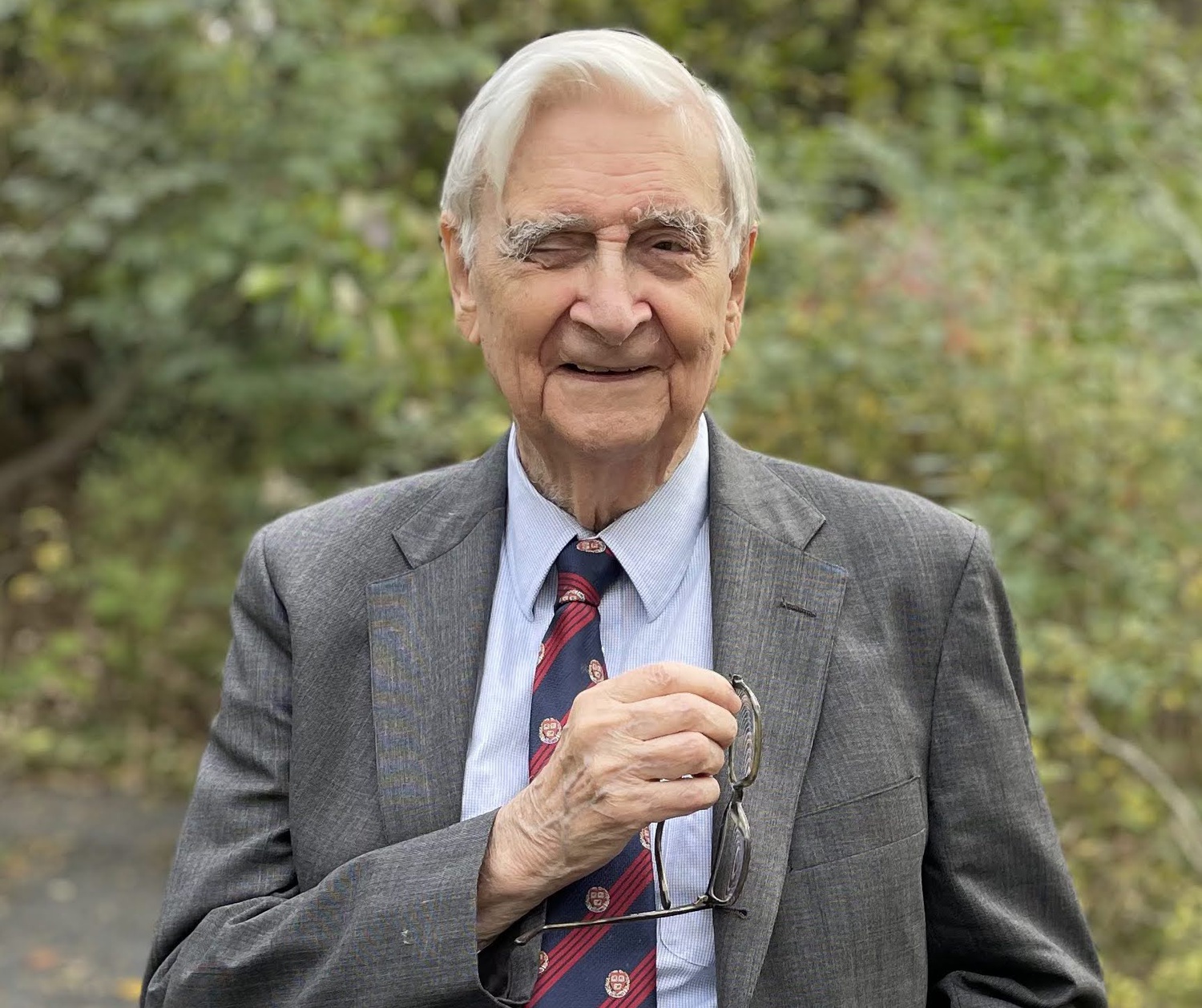 Edward O. Wilson continued lecturing at Harvard even after his official retirement. By Courtesy of the E.O. Wilson Biodiversity Foundation

After earning bachelor’s and master’s degrees from the University of Alabama, Wilson received a Ph.D. in entomology from Harvard in 1955. He joined the Harvard faculty the following year and taught at the school for the rest of his career. Wilson continued to lecture even after his official retirement.

In 1955, Wilson married Irene K. Wilson, who died in August. He is survived by their daughter, Catherine I. Gargill.

Throughout his career, Wilson pioneered two new scientific disciplines — island biogeography, a fundamental principle of ecology and conservation biology, and sociobiology, a field that shaped the approach of using biological mechanisms to explain human behavior.

Wilson won Pulitzer Prizes for his 1978 book “On Human Nature,” which offered a biological basis for human culture, and his 1990 work, “The Ants,” which he co-authored with entomologist Bert Hölldobler.

“He was a very meticulous scientist, but he also was a visionary,” said Sarah B. Hrdy ’68, who was mentored by Wilson as a graduate student at Harvard.

Wilson spent his career driven by a passion for discovery, according to Paula J. Ehrlich, the president and chief executive of the E.O. Wilson Biodiversity Foundation.

“He really was an extraordinary scientist, and he was always pursuing this sheer delight of knowledge,” she said.

As a professor at Harvard, Wilson collaborated with mathematician and ecologist Robert MacArthur to develop the theory of species equilibrium — the concept that the number of species on an island will remain constant. The two published their findings in a 1967 book called “The Theory of Island Biogeography.” 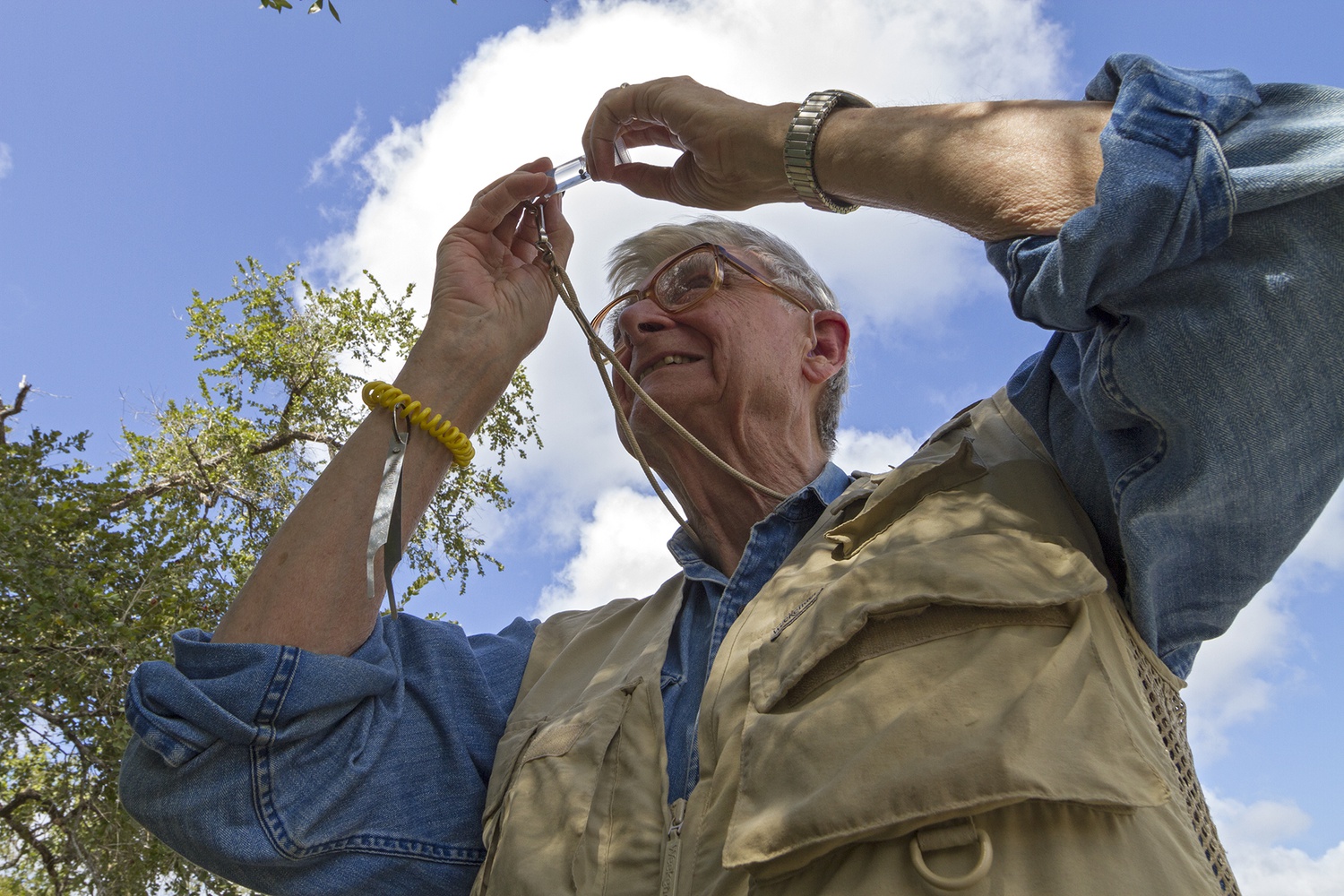 Edward O. Wilson was nicknamed the "ant man" for his groundbreaking contributions on insects and biodiversity. He won his second Pulitzer Prize in 1991 for "The Ants," a book he co-authored with Bert Hölldobler. By Courtesy of the E.O. Wilson Biodiversity Foundation

“The book became a real classic,” said Daniel S. Simberloff ’64, a professor at the University of Tennessee who was first introduced to Wilson as a Harvard undergraduate.

Simberloff worked with Wilson to confirm the ideas presented in the book by studying the movement of species on islets in the Florida Keys. After fumigating the insects and arachnids, they found that the islets repopulated with the same total number of organisms.

In 1975, Wilson’s book, “Sociobiology: The New Synthesis,” opened the gates for a new field of biology, while garnering controversy for its assertion that genes shaped human behavior, not only animal behavior.

Ehrlich said that Wilson’s courage “moved him forward” in the face of criticism.

“That sense of assurance is what inevitably allowed him to, with some confidence, weather those storms, until people then finally did do the research and the studies to either prove or disprove his hypotheses or theories,” she said.

‘The Magic’ of His Teaching

Throughout his career, Wilson gained a reputation not only as trailblazing scientist, but also as a teacher and mentor. His ability to communicate science through words in both conversations and lectures enchanted students.

“He had a way of using language that was like poetry,” said Frank J. Sulloway ’69. “And that was part of the magic of his lecturing style.”

Douglas S. Keith ’82, who took Wilson’s introductory biology course as a freshman in 1978, called his lectures “incredible performances” in an email.

“One memory I have is he would always have a new word for us to learn at his lectures,” he wrote. “I feel lucky that I had the opportunity to learn from such a great mind.”

Mark W. Moffett, one of Wilson’s former graduate students, wrote in an email that Wilson guided him throughout a 29-month research trip through 17 countries. Wilson “diligently” responded to each of his snail mail letters, Moffett noted.

“His smart advice and confidence in me made me who I am today,” he wrote. 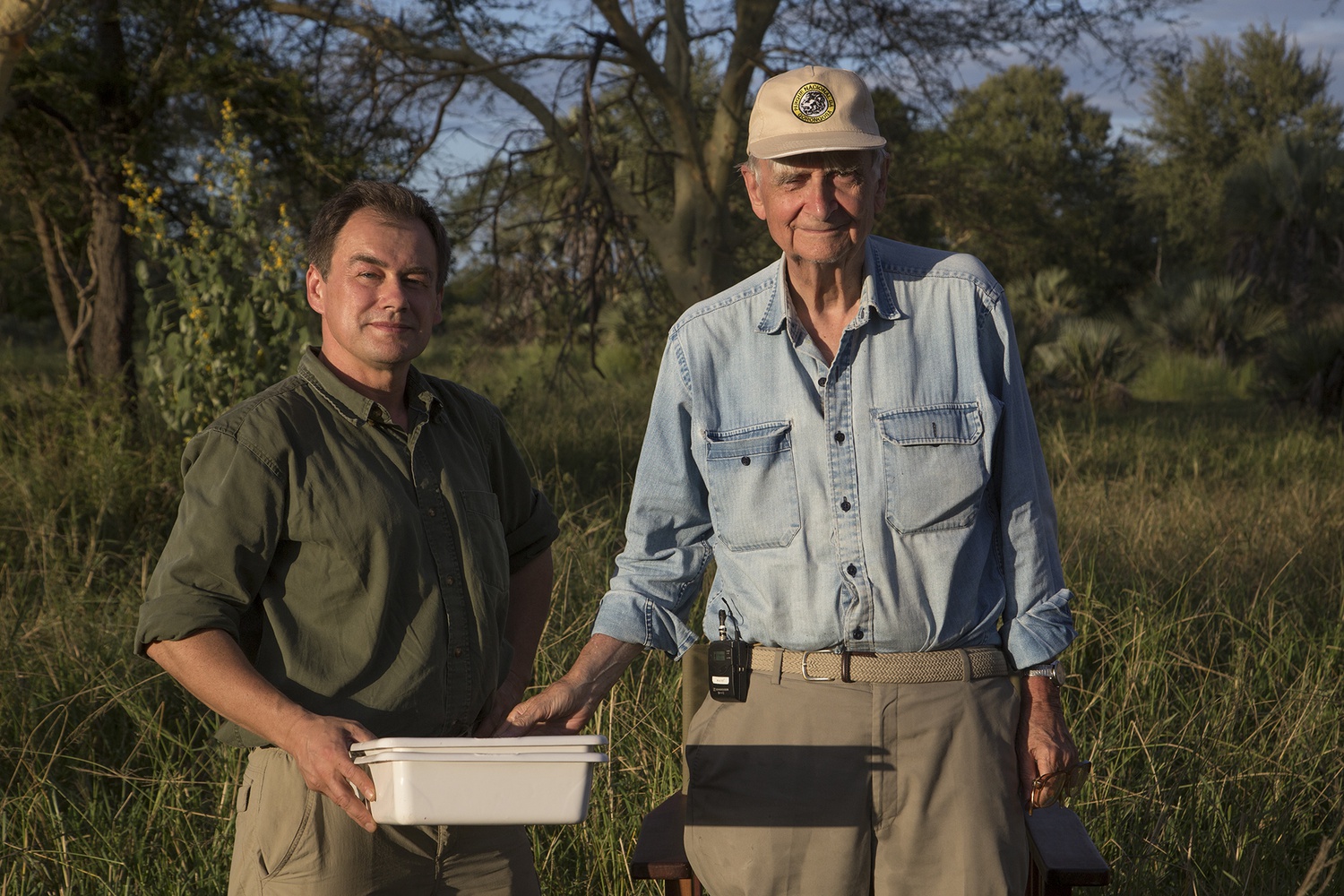 Corrie S. Moreau, a professor at Cornell University who received a Ph.D. from Harvard in 2007, wrote that her graduate thesis work of reconstructing the first large-scale ant family tree could not have been possible without Wilson’s “encouragement and support.”

“Although technically [he was] already emeritus when I arrived at Harvard, Dr. Wilson agreed to take me on as one of his students, making me his last graduate student,” she wrote.

According to Sulloway, Wilson earned a reputation for supporting his students even after they went on to pursue their own careers — including as “one of the most generous” endorsers of books he was asked to write blurbs for.

“The number of books that he must have blurbed was just astronomical.” Sulloway said. “I could never figure out how he had the time to do that. Every one of the blurbs was like a gem of verbal magic.”

“The blurbs he would provide were just the ones I treasure most in the whole world,” Hrdy said.

After retiring from teaching in 2002, Wilson continued to research, write, and pursue another significant endeavor — preserving the planet’s biodiversity.

“The people who admire him for his work in conservation even outnumber those that know about sociobiology,” Hrdy said.

Wilson and Ehrlich co-founded the Half-Earth Project in 2016, which Erlich calls a movement to “protect half the Earth in order to preserve habitat and safeguard the bulk of biodiversity.”

“Our work embodies the hopes of the greatest naturalist of our time,” she said.

According to Naskrecki, Wilson’s role as both a scholar and a teacher leave expansive legacy.

“I always think of him as somebody who was really, really good at planting seeds in people’s heads,” Naskrecki said. “And in many cases, those seeds blossom into some incredible actions or scientific discoveries.”

“He will be hugely missed by thousands and thousands of people,” he added.