Framing Britney Spears as the Popstar Within Every Girl 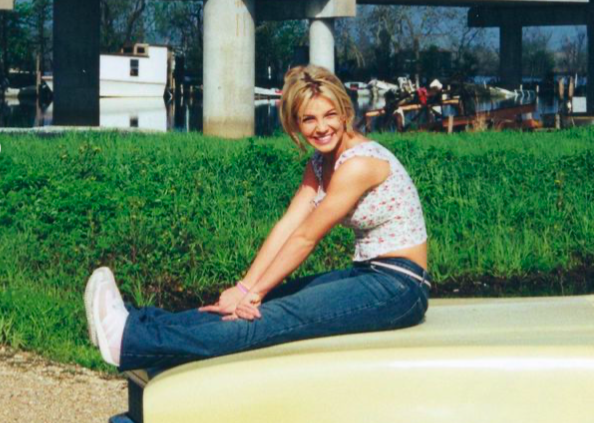 On Feb. 6, 2021, FX and Hulu premiered the sixth installment of their series of standalone documentaries “The New York Times Presents.” The unauthorized documentary titled “Framing Britney Spears” is an hour-long deep-dive into Britney J. Spears’ mistreatment by the media and conservatorship battle with her father Jamie Spears. In addition to providing a thorough summary of the popstar’s life and the events that led to her many achievements — and obstacles — the episode’s primary focus is on Spears’ ongoing strive for autonomy. It leads viewers on her journey to reclaim a self-image that the press so abrasively tries to corrupt over the years. It is about her struggle to be accepted into society while the world frantically obsesses over sexualizing her instead of focusing on her success, a familiar feeling for many women.

In Spears’ case, an instance of hospitalization in 2008 led to the courts granting temporary and later permanent conservatorship over her life, with her father being appointed the conservator of her estate — and her person. He oversees every large decision in her life, including her medical records and whether or not to send her on tour. In other words, Jamie Spears practically owns his daughter.

Watching the documentary, I discovered an upsetting component to the story: Spears never wanted her father to be the conservator, as the documentary notes at the end. The decision, too, was made by her father.

Despite being a lifelong Spears fan myself, I will confess that I had absolutely no idea that any of this “conservatorship” business was happening. I mean, I understood the lyrics of her hit single “Piece of Me,”​ in which she calls the media out for depicting her so unfairly and — like the badass she is — tells them to bite her. I at least thought I knew about the extent to which she struggled against tabloids hyper-focusing on her life and career. But, to my mind, she had been doing okay since the height of that tension. Was she not just a judge on the “X-Factor” a few years ago? She seemed to be an ordinary popstar doing ordinary popstar things. Why would someone need legal ownership of what appears to be a person fully capable of managing her own life?

Just last year, I came across her more recent content on Instagram and TikTok. Her posts were entertaining, to say the least, and at first glance they appear to be harmless and quirky. But, after hearing about and researching the #FreeBritney Movement, I too became fascinated by what appear to be cryptic messages signaling a desire for freedom and help. Suddenly, I began to understand why the world seemed so alarmed by Spears’ situation.

The media had become such a strong, militant presence in her life during the height of her stardom that it harassed her to a point of no control. Time and time again, they painted her to be the cheater, the unfit mother, the promiscuous and oversexualized young-girl who needs to be restrained. And the craziest thing? Soon, her monetary value became her sole identity in the eyes of the media. The paparazzi was financially dependent on Britney, practically begging: “​gimme gimme more, gimme MORE.​”

Although Spears is no longer begging hordes of paparazzi to give her a few inches of space in public settings, she is still fighting for her voice to be heard in her conservatorship. Because of his allegedly intense and unwanted control over Britney’s life, I firmly believe that her father is no different from the suffocating media, as neither one of them wanted Spears to put her foot down and claim her voice.

Now, I may not be a top-charting popstar with a multimillionaire estate and several bodyguards surrounding me 24/7, but on some level, I understand what it is like to be in Spears’ shoes. As women, we constantly feel like we are battling the greater force of a patriarchal society that functions to tear us down. It demands that we look or act a certain way in order to fit a specific image of how men expect us to behave. When we refuse to accept that notion, we are deemed “crazy,” “unstable,” or “too-aggressive.”

Of course Spears’ situation is very unique, and I am in no position to compare my life to the intricacy of hers. However, the common ground between Spears and a lot of her fans, particularly young girls and women, is this desire to fit into the world that ceaselessly clashes against craving the freedom to truly express ourselves outside of the male gaze.

In “Framing Britney Spears,” New York Times critic Wesley Morris responds to Spears’ absolutely iconic 2007 head-shaving moment by proclaiming “she’s saying, essentially with no hair, I​ quit,”​ leaving the old Spears in a pile of hair at the salon. To this day, I view this moment as a symbolic revolt against the institution of misogyny and its authority in popular culture and mainstream media: her shaved head is one of the biggest middle fingers to the patriarchy of the 21st century! With this glorious new shine radiating off of her scalp, Spears takes ownership of her image and sexuality, saying, literally, “I don’t want anybody touching me. I’m tired of everybody touching me.” The media sought so desperately to spread a specific image of her, not only as a mother, but as a woman, and she simply said she doesn’t want it anymore.

In essence, what the documentary captures is that every girl lives in her own microcosm of Britney Spears’ ongoing fight for freedom. Her war against hordes of men with cameras waiting to get the perfect picture, as well as an opposing father, is merely an amplification of any woman's grapple with embracing their womanhood in a man’s world, making the realities of womanhood impossible to deny. We can see ourselves in the woman who made the impulsive decision to shave off her hair or the woman potentially begging for a way out via social media. After getting a sense of the complexity of her life, I can only hope that Britney is soon granted the autonomy that every girl wishes to have over her own body.