What the Hell Happened: The Gorilla Glue Girl Saga 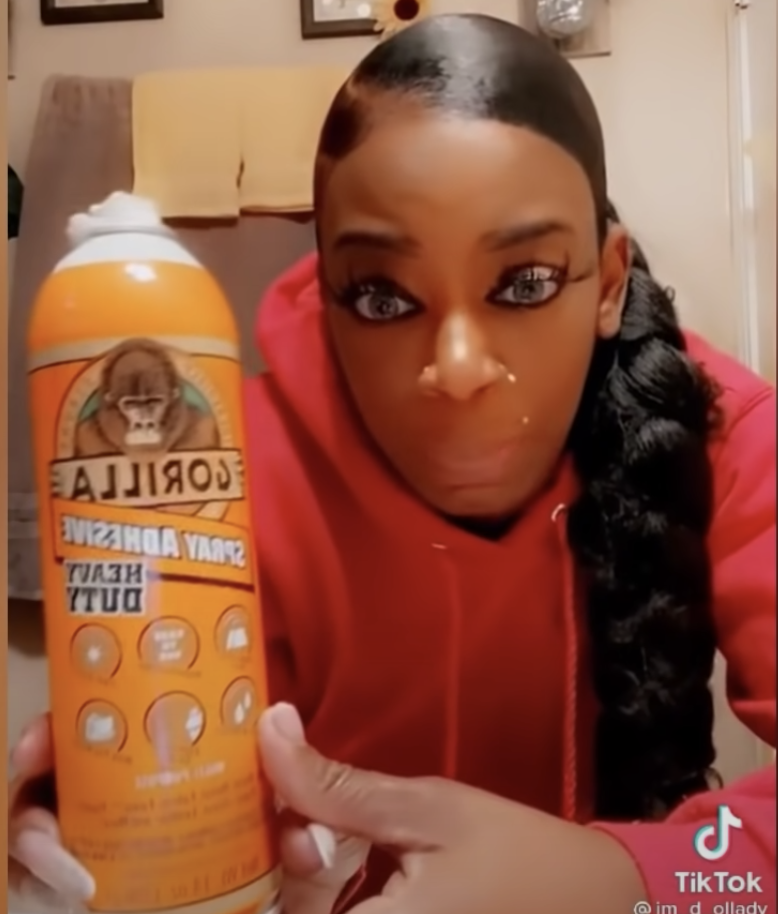 Waking up and walking out the door without having to spend a second styling your hair sounds like a dream, right? For Tessica Brown, this dream became a reality when she used Gorilla Glue Spray Adhesive to achieve a slicked-back ponytail — but it soon became a nightmare when, despite 15 washes, her hair wouldn’t budge for almost a month.

On Feb. 4, the 40-year-old posted a video on TikTok explaining how she swapped her empty can of Got 2b Glued Blasting Freezing Spray for the heavy duty Gorilla Glue adhesive to hold her hair in place. The video has since gone viral, accumulating millions of views across social media platforms. But the most shocking (and heartwarming) part isn’t the actual hair mishap: It’s the internet’s response.

While there were certainly viewers who watched, laughed, and continued to scroll unfazed, an outstanding amount of people extended their sympathy to “#gorillagluegirl,” including big names like Chance the Rapper. Supporters came to her aid in the comments section, bouncing ideas back and forth in an attempt to find a solution. For example, some supporters suggested trying to shave off the glue with a razor, which didn’t bode well for her hair.

Public concern for Brown’s recovery continued to grow as she posted videos updating followers on her situation. In one video, Brown vigorously applies shampoo to her scalp, on the verge of tears when she wipes away the soap to reveal no change. In another, she sits visibly in pain while her sister applies acetone, attempting to dissolve the glue.

Brown’s experience prompted important conversations about the lack of awareness surrounding Black hair care. Many articles and posts have pointed to her accident as an example (albeit extreme) of the difficulties that Black women face styling their hair and finding adequate products. “The View” co-host Sunny Hostin spoke out against those dismissing Brown with her tweet, “Given the history of how black women are targeted and still battle the pervasive belief that our natural hair is unprofessional, unkempt, or in some way ‘a statement’ pls show her some grace and understanding.”

Support for Brown moved from social media platforms to GoFundMe when she started a page to help cover medical expenses, raising over $20,000 in just five days. Fortunately, after an exhausting journey through emergency room visits and chemical treatments, the glue in Brown’s hair was successfully removed by plastic surgeon Dr. Michael Obeng’s homemade solvent in Los Angeles on Feb. 11. Other than a bit of irritation from the chemical treatments she had used, Brown left the surgery with no severe injuries to her scalp.

Brown’s video could have been one of many that disappear into the sea of oddity that is social media, shrugged off as another ridiculous publicity stunt. While she received her fair share of backlash and criticism, the online attention led her to a multitude of people who offered advice and assistance, serving as an important reminder that generosity and kindness are still overwhelmingly present despite the craziness of today’s world.

— Staff writer Nina M. Foster can be reached at nina.foster@thecrimson.com.