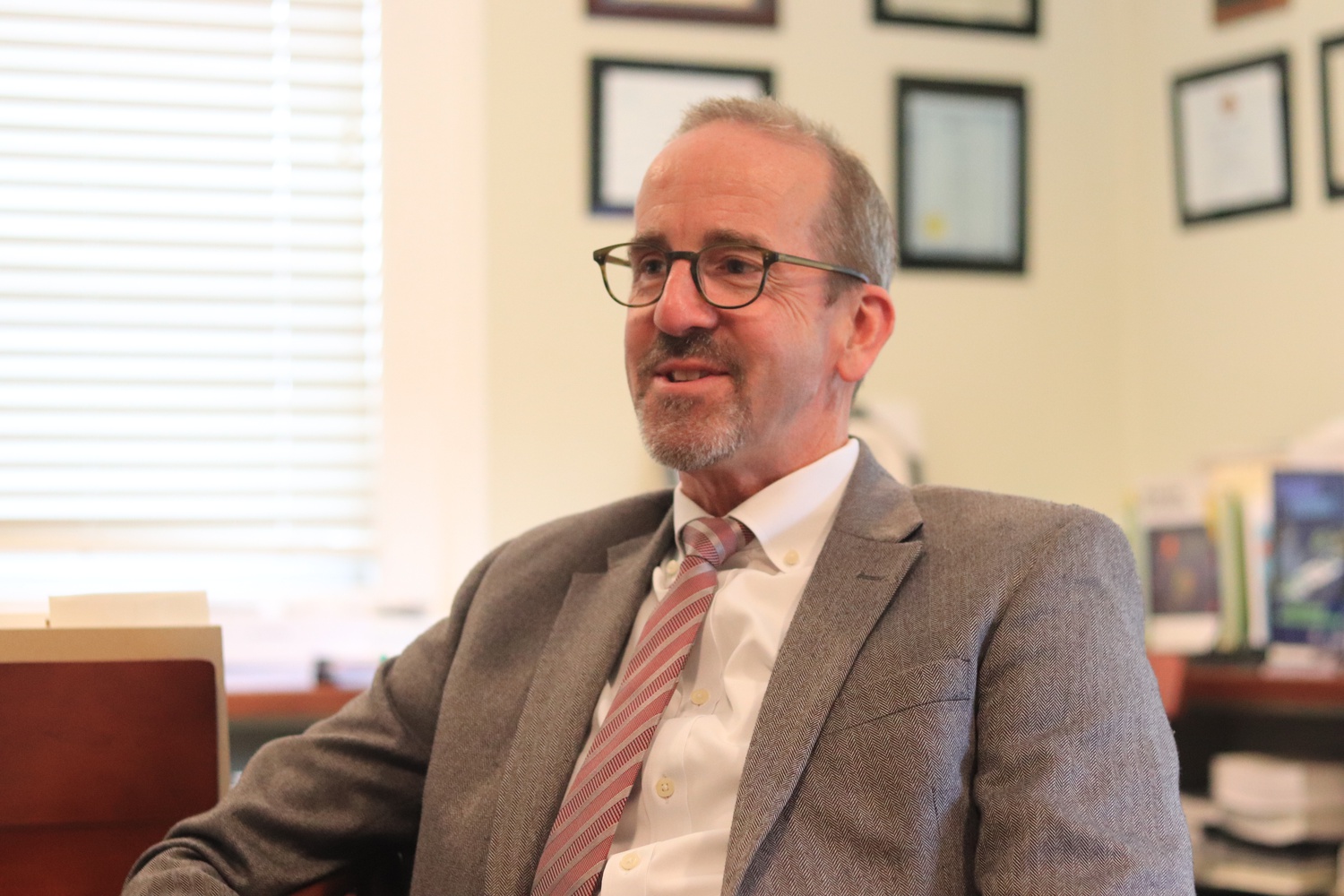 School of Engineering and Applied Sciences Dean Francis J. Doyle III said in a Thursday interview that the school has made great progress in implementing its diversity plan. By Kathryn S. Kuhar
By Natalie L. Kahn and Simon J. Levien, Crimson Staff Writers

School of Engineering and Applied Sciences Dean Francis J. Doyle III said in a Thursday interview with The Crimson that the School has made “great progress” in implementing its “robust” diversity plan.

One element in the plan is a diversity dashboard — which the school released in early February with data from fall 2020 — that outlines the most updated breakdowns on gender, race and ethnicity, and retention among undergraduates, graduates, faculty, researchers, and staff.

For ladder faculty — faculty with tenure or on the tenure-track — the current disparity is much greater, currently sitting at 81 percent male and just 19 percent female, as compared to 82 percent and 18 percent in 2017-18.

Though the plan — outlined in a 37-page document released in 2019 — has concrete steps outlined under its goals, Doyle said the plan is continually reexamined and improved.

“A big part of what we learned in our climate survey is that transparency is important,” Doyle said, referring to a 2018 survey that found women and minorities reported higher rates of discrimination at SEAS. “We didn’t create a five year plan and [say], ‘Okay, hit the goal button and just execute’ — we come back and review and reassess.”

Doyle noted that the Black Lives Matter protests of the summer also led SEAS to reassess the structure of its plan to promote awareness of racial justice.

“The events of the summer really made us look deeply at the plan and whether we should have prioritized things that might have been in the outyear,” Doyle said.

Outside of bolstering racial, ethnic, and gender diversity, the SEAS Office of Diversity, Inclusion, and Belonging has also focused on providing equal opportunity for students from more disadvantaged financial situations.

SEAS’s graduate programs originally told graduate admissions candidates that sending GRE scores was optional. The GRE is a graduate school entrance exam usually mandated by many Harvard graduate programs. Doyle said, since many students still fretted over their scores, the requirement created a “financial barrier.” He added that, since the GRE was also not a helpful metric for its admissions process, SEAS will not request any exam results moving forward.

“The GRE is not a reliable indicator of the success of a degree candidate,” Doyle said. “It does a much better job of screening certain demographics, which is the opposite of what you want to do.”

In the past admissions cycle, SEAS Ph.D. programs saw a 34 percent increase in applications from underrepresented minorities.

Many graduate programs across Harvard have seen reductions as a result of the pandemic downscaling, but Doyle said one of SEAS’s priorities amid the pandemic is to maintain and increase diversity in admissions.

“While we might be more attentive to making sure we got the right-sized cohort to support, we want that to be a diverse cohort,” he said.

Research opportunities were another concern for some students, according to Doyle, who noted students often have to network based on connections or email faculty members out of the blue, which he believes “shouldn’t be the entry point.”

Finding and joining labs as an undergraduate researcher through such networking connections is "an insider’s approach" and "not an equitable process,” Doyle said. In response, he noted that SEAS has held open houses showcasing lab groups and their projects, which students can join.

“All students who might have an interest would find a comfortable, convenient gateway to come in,” Doyle said of the open houses.