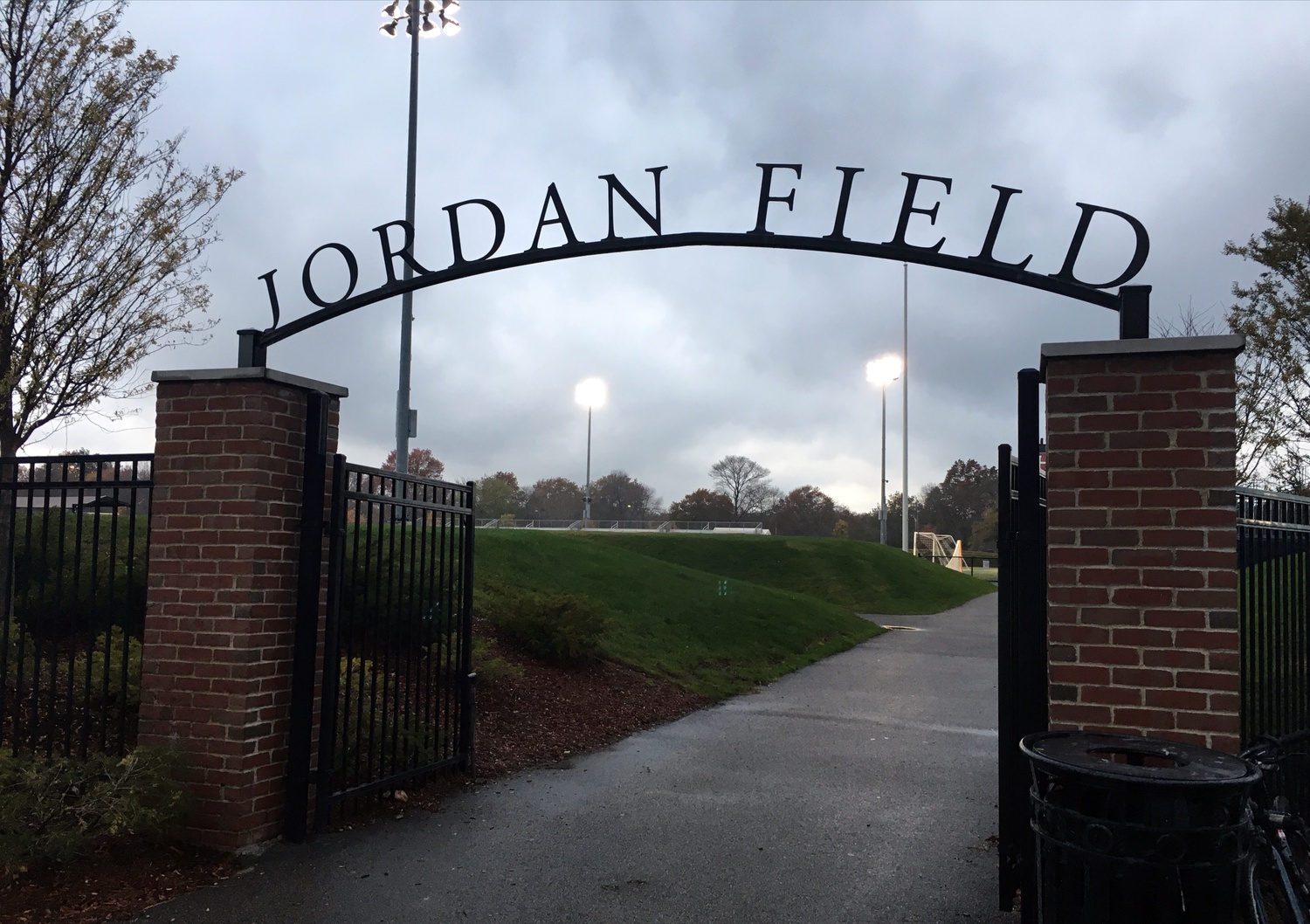 Jordan Field, the home of Harvard's soccer teams. Harvard Director of Athletics Erin McDermott said in an interview Wednesday she is hopeful sports teams will be able to safely compete this fall. By Megan M. Ross
By Benjamin L. Fu, Crimson Staff Writer

As the nation enters the 12th month of the coronavirus crisis, Harvard Director of Athletics Erin McDermott laid out three possible scenarios for the fall 2021 athletics season during an interview Wednesday.

Depending on the state of the Covid-19 pandemic, Harvard’s varsity teams may participate in conference-only competition, expanded Ivy League and regional competition, or full competition including long-distance, non-conference play, according to McDermott.

The Ivy League hopes to reintroduce athletics competition in fall 2021 after the coronavirus pandemic forced the League’s presidents to cancel four athletics seasons beginning in March 2020.

McDermott said she is “very hopeful” Harvard’s varsity sports teams will be able to safely compete in fall 2021 as more Americans receive the Covid-19 vaccine.

“Ivy seasons in the fall, I would hope, is pretty assured,” McDermott said. “We would hope that we are actually in a better position than that and able to do some things beyond the Ivy League.”

The Ivy League usually begins conference play for the fall season by the end of September, though teams engage in pre-season and out-of-conference competition before then.

If the University and the Ivy League allow Harvard’s varsity sports teams to compete against non-conference schools, McDermott said Harvard will consider how far beyond Cambridge it permits its student athletes to travel for games.

“Let’s think more locally, regionally, for those other games,” she said. “Probably best to be fairly conservative as we think about those non-conference games.”

“It could be that going to the West Coast is very possible; at the same time, it might not be a case where we can do that yet,” she added.

Though the Ivy League canceled its spring sports season earlier this month, it outlined a path for member institutions to partake in “local non-conference competition” during the current academic semester, provided the public health situation “substantially” improves.

In advance of Harvard’s return to athletics competition, McDermott also said Wednesday that her department has been closely monitoring how conferences competing during the pandemic have prioritized the safety of their athletes.