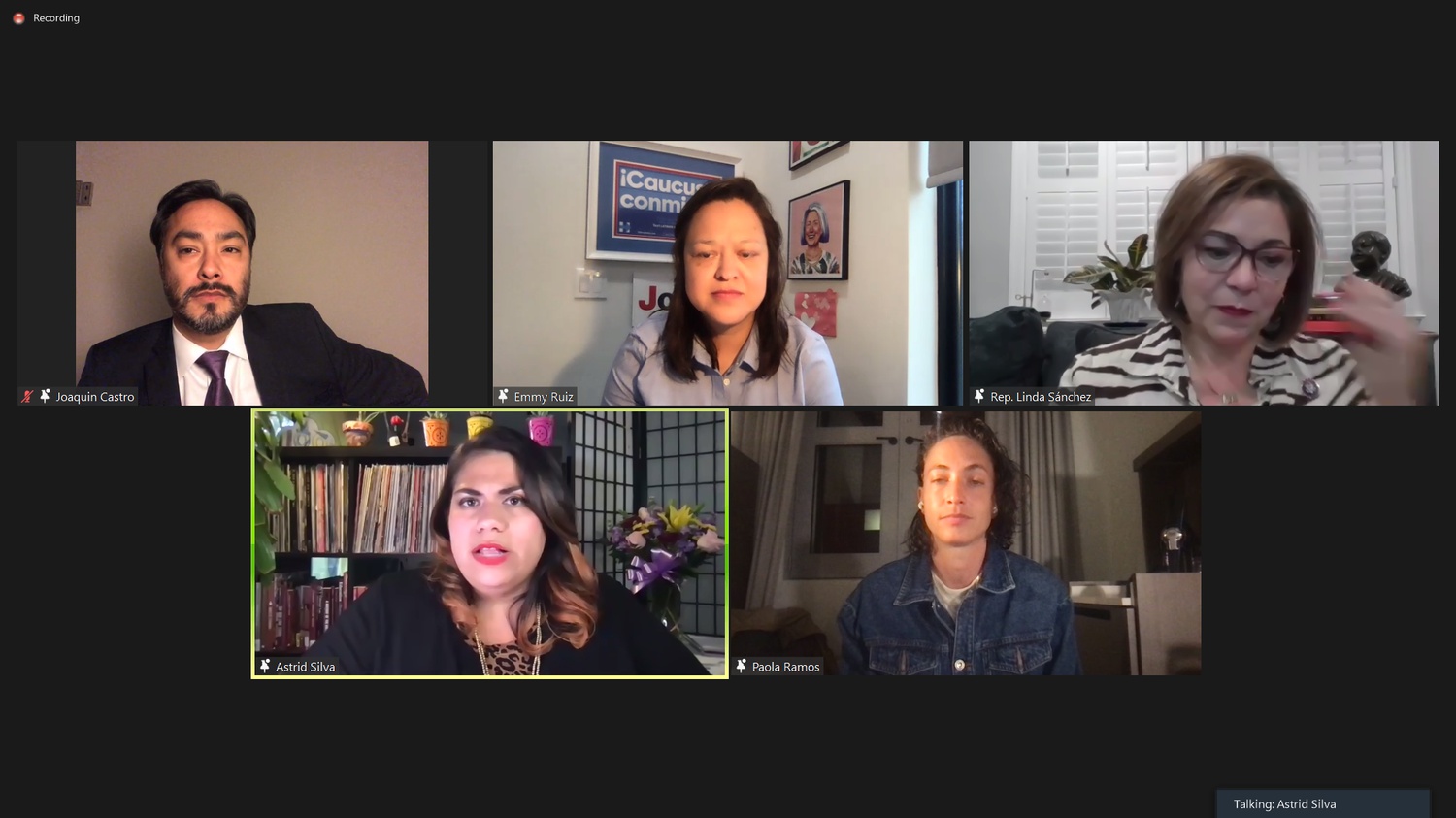 Federal lawmakers and immigration reform activists discussed the Biden administration's progress toward enacting its immigration agenda in a Thursday webinar organized by the Harvard Kennedy School’s Center For Public Leadership.

“I think the most significant thing is that the Biden administration has made every effort to stop mistreating people and stop abusing people, which is what we saw during the Trump administration: grave abuses of human rights,” Castro said.

Castro cited President Joe Biden's reversal of both Migrant Protection Protocols, a government program that permitted immigration officials to return asylum-seekers to Mexico as their claims were adjudicated in court, and former President Donald Trump’s “zero tolerance” policy, which led to a family separation crisis at the border.

White House Director of Political Strategy and Outreach Emmy Ruiz, an event panelist, said a significant roadblock to the administration’s immigration reform agenda has been the situation it inherited from Trump, who “dismantled” structures and agencies related to immigration and reduced their “literal manpower," per Ruiz.

“President Biden is singularly focused on not just reestablishing the protocols, the structures that are necessary to respond to these humanitarian challenges we’re rebuilding, but not only that, reenvisioning as to what is possible and making sure that we’re upholding American values in how we’re treating one another,” she said.

“It’s very cyclical — we see Republican administrations really tear down institutions and underfund certain things, and disinvest in certain programs, and then when the administration changes to a Democratic one, there’s that having to rebuild everything,” Sánchez said. “We have expectations, but we have to recognize everything is not going to happen overnight.”

Sánchez also criticized the Trump administration for “fear mongering” and “scapegoating” immigrants, actions she deemed “nonsensical” — especially in light of their contributions to U.S. society since the start of the Covid-19 pandemic.

“They’re the workers that made sure we had food on our grocery store shelves when we went to get food during the pandemic. They took care of Covid patients in hospitals and held their hands when they took their last breaths,” Sánchez said. “You cannot fundamentally call immigrants essential workers on one hand, and on the other hand, say they’re here to damage this country.”

“It’s going to cut child poverty in half,” Ruiz said. “This is going to provide immediate relief. Americans will begin to feel this over the weekend.”

Sánchez said she believes the U.S. Citizenship Act of 2021 — a bill she introduced in the U.S. House “to provide an earned path to citizenship, to address the root causes of migration and responsibly manage the southern border, and to reform the immigrant visa system” — represents an important next step in immigration reform.

“It will try to address the root causes that push people north, that caused people to flee,” Sánchez said, citing issues like poverty, hunger, corruption, and violence. “That’s never been attempted in any immigration bill.”

In an interview with The Crimson following the event, Sánchez said Democratic control in the House, Senate, and White House could enable true reform.

“The American public wants to see our broken immigration system fixed. A Democratic majority in the House and the Senate can get that done, and we have a president and an administration that wants to see that done,” she said. “If everybody rose in the same direction, we can accomplish this.”