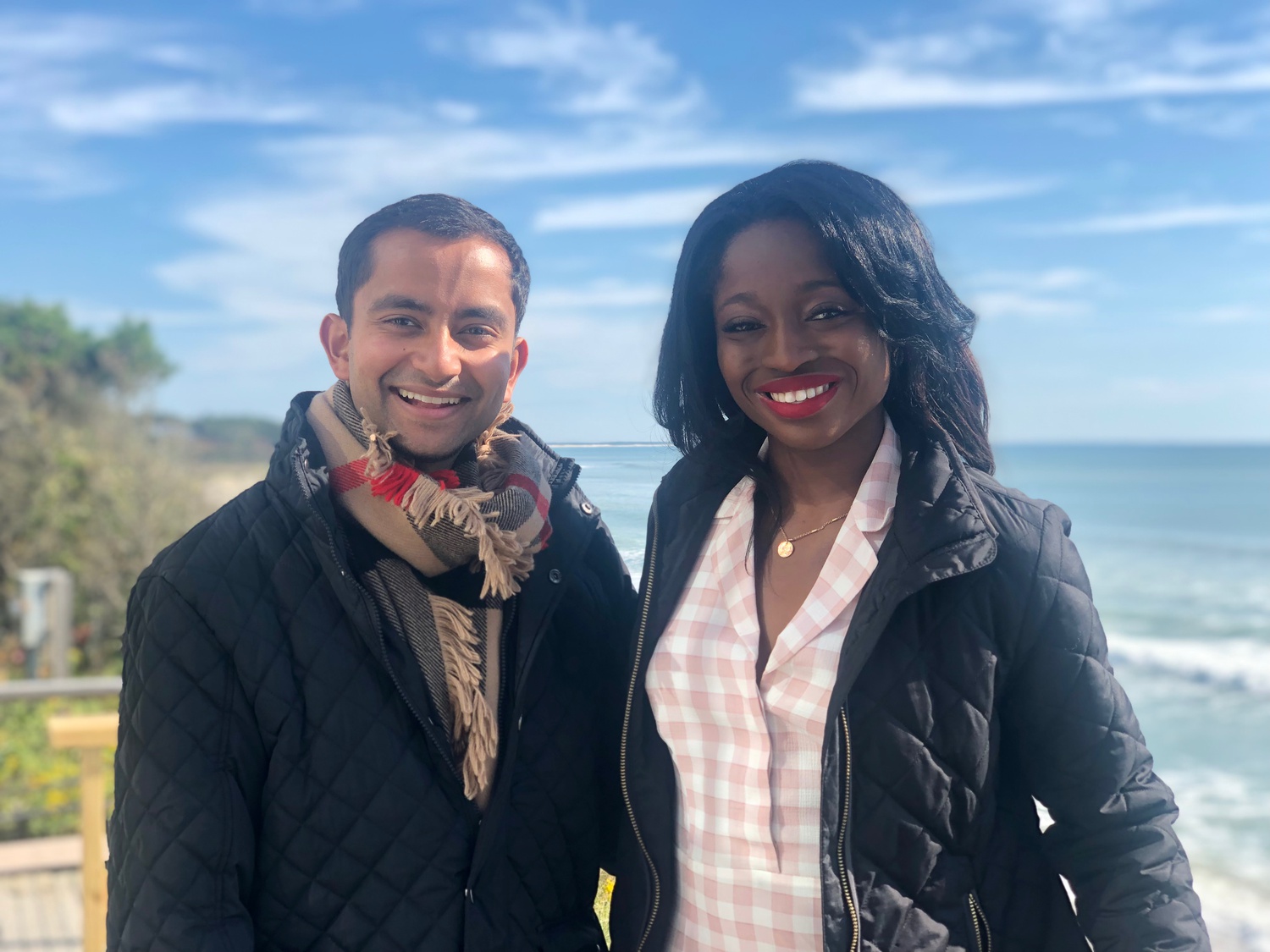 Faith A. Jackson ’16 and Irfan Mahmud ’16 will be the next Harvard Law School student body co-presidents, making the pair the first openly queer candidates and Mahmud the first Muslim candidate to be elected to the positions.

The two candidates ran on a platform that prioritized “fun and inclusivity.” Other campaign agendas included funding for section retreats and reunions, more faculty in diverse areas, free professional headshots, mental health support, and the expansion of financial aid initiatives.

Jackson and Mahmud are both second-year students at the Law School who share a long history of friendship, dating back to their time at the College, when they were blockmates.

Jackson, who hails from Prince George’s County in Maryland, a majority Black suburb of Washington, D.C., said she has consistently advocated for robust and accepting social spaces since entering the University as an undergraduate.

“I went to public schools all my life before going to Harvard College,” Jackson said. “I’m very much excited about the idea of inclusive and fun social space, and that’s been the crusade that Irfan and I have been fighting since undergrad.”

Mahmud, who is from St. George, Utah, and whose family comes from Bangladesh, said the campaign consisted of diverse Law School students of all ages, degrees, and personal backgrounds.

Kirin Gupta ’16, a first-year student at the Law School who is also Mahmud’s fiancé, wrote in an email that Jackson and Mahmud’s co-presidency marks a historic moment for the Law School.

“It’s a huge moment for HLS to have their first Muslim president and a Black woman president, a team of two queer folks, at the helm,” Gupta wrote. “Especially in this year and moment, I don’t think that can be understated.”

Kit A. Metoyer ’16, a student at the Law School who helped with the campaign’s outreach and was roommates with Jackson and Mahmud while at the College, said that the duo’s platform of fun and inclusivity was especially relevant this year.

“In particular, this past year has been really difficult for all of us,” Metoyer said. “I know that they’re committed to bringing everybody back to campus with a bang in a safe way, maximizing the amount of fun, and harnessing and really appreciating the different backgrounds of the student body.”

To increase student participation amid the virtual school year, Mahmud said he and Jackson were intentional about outreach, emailing the leadership of every student organization on campus.

“We sent texts to hundreds of people just getting people’s ideas, encouraging them to get involved with the campaign, to support the ideas that are important for them in student government,” Mahmud said. 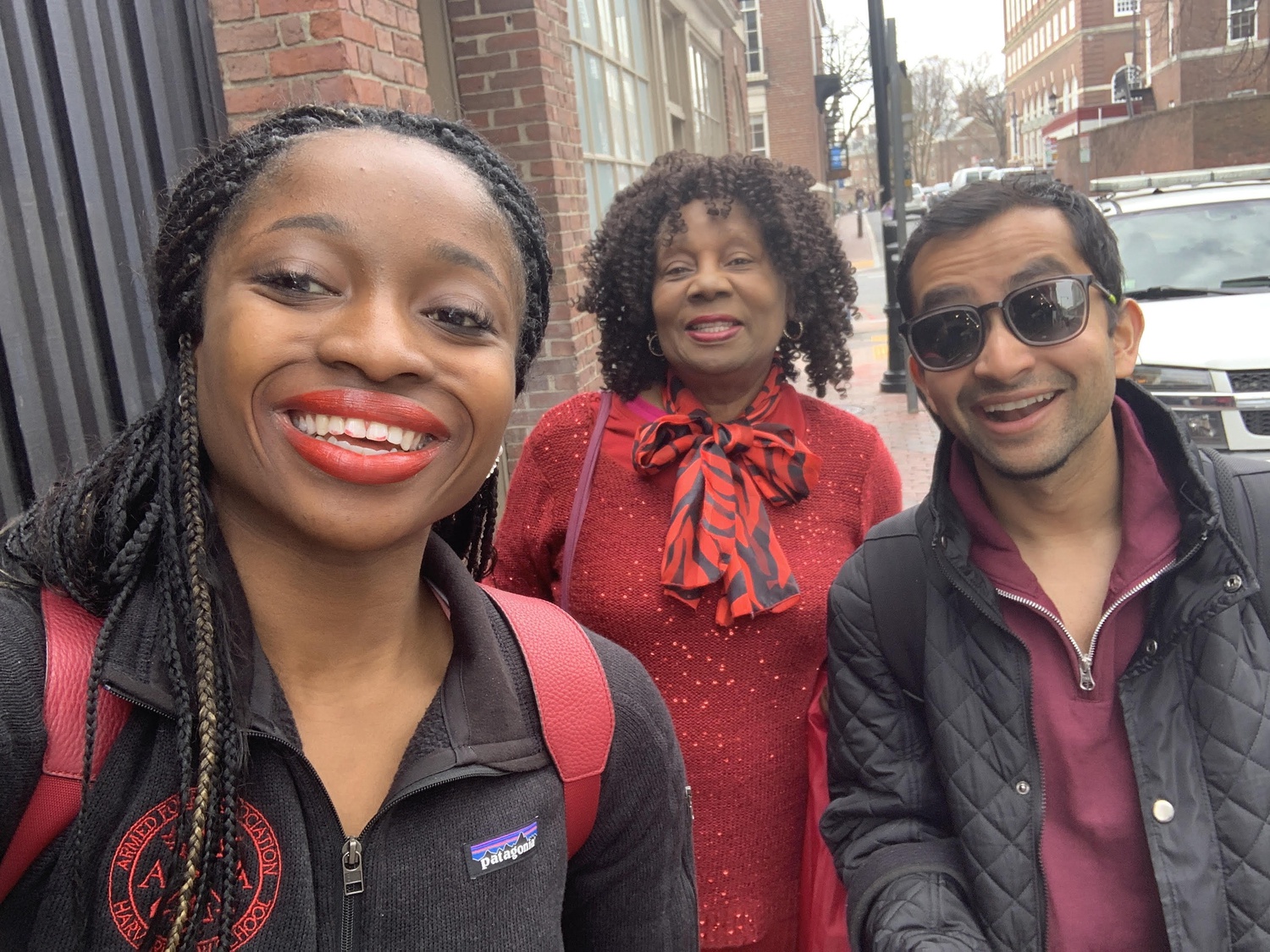 Jackson and Mahmud with Jackson's mother. The pair of newly elected student body presidents have known each other since their time at the College, when they were blockmates. By Courtesy of Faith Jackson

Fariba Mahmud ’22, Mahmud’s sister, said she and her brother were on the phone with Faith and her family when they heard the election results.

“I was very proud of my brother, just seeing how much work he and Faith put into this election, not only into the election itself but the amount of work that they put into HLS and in the communities that they’ve built,” Mahmud said.

“They just truly care, and I think the Law School is in really good hands,” she added.

Last year, the duo had run for co-presidency but lost the race.

“She felt a little bit discouraged, but I said to her, ‘Look at all those people who voted for you! You just have to run again,’” Jennifer Jackson said. This year, Faith Jackson texted her mother the good news, which made Jennifer Jackson “very very happy for her.”

Ivanka D. Canzius, a second-year law student who served with Mahmud as a section representative and met Jackson in the Armed Forces Association, described the co-presidents as “motivated.”

“They may not always get their way, but they continue to try and so I feel like their hearts are in a good place,” Canzius said. “They don’t just say they want better things, they actually put the time into trying to do it.”

On top of fun and inclusive programming, Jackson said the co-president pair aims to include advocacy efforts and foster community among individuals from politically diverse backgrounds.

“It’d be helpful to have a more cohesive Law School community that makes some people feel more included than they do and then also ensures that they’re talking to others who may have diametrically different opinions but could find some common ground if we were actually having a strong group of community,” Jackson said.

Velo-Vincent P. van Houden, who worked with Mahmud as a student government representative and collaborated with Jackson on financial aid advocacy, said he hoped their co-presidency would “build a network” among students, some of whom have yet to have the on-campus experience.

“We only really get this experience once, and a big part of it is getting to know your classmates,” van Houden said. “Lots of initiatives to bring people together that way will be nice to have.”

Nicole L. Khamis, a student at the Law School who helped with the campaign, said she appreciated Jackson and Mahmud’s genuine interest in getting to know the student body.