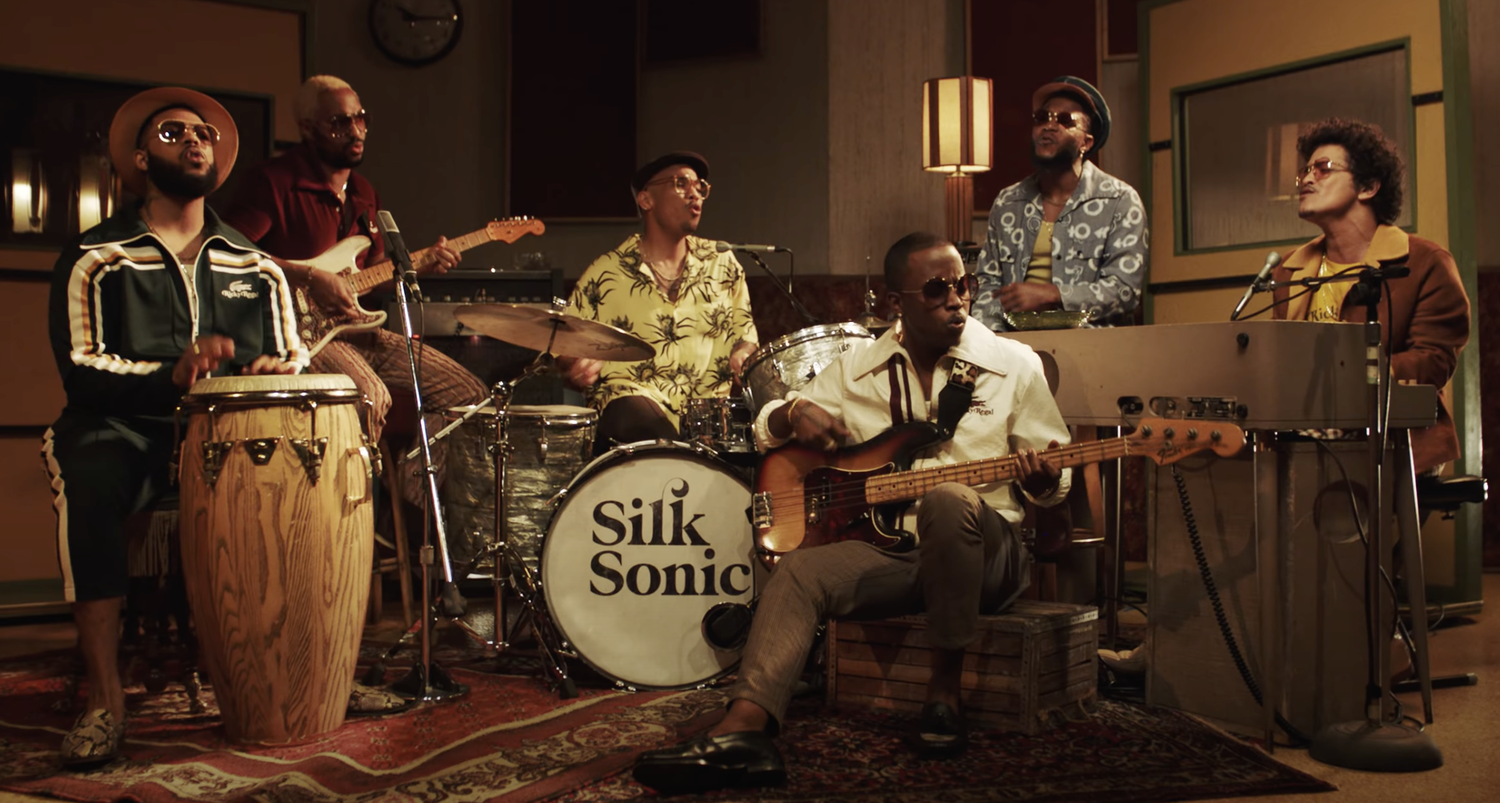 Silk Sonic in the official video for "Leave the Door Open." By Courtesy of Bruno Mars
By Beatrice H. Youd, Contributing Writer

Did Bruno Mars and Anderson .Paak save 2021? Quite possibly, yes! Not only have they released a gem of a new single — “Leave the Door Open” — but they’ve also formed their own band, Silk Sonic. They’ve even announced the imminent release of a new album which, if “Leave the Door Open” is any indication, will most likely be full of sensational bops.

The music video for “Leave the Door Open” is a care-free blast from the past. Set in an old recording studio bathed in warm light with a drum set, an electric keyboard and a few stools, it’s a full four minutes of Silk Sonic vibing to their own ‘70s-style song while girls in the booth record them and dance along. With phenomenal background vocals and tasteful instrumentation, this R&B song highlights the soaring voices of Mars and .Paak. It’s a no-frills departure from the more edited and complex multi-set music videos common in 2021. Working only with camera angles and their musical instruments, the band tells a simple love story that melts away with an end-of-video fadeout.

The band’s unbridled happiness is infectious: wearing sunglasses and vintage printed shirts, everyone grins and plays off each other’s energy. Sometimes Mars and .Paak even sing straight to the camera, letting you know they’re in on the joke. You feel like you're being serenaded, ‘70s style, by the entire band — there’s even disco ball lighting. How can you be down about anything when you hear .Paak sing “I’m sippin wine” and everyone in the band responds “sip sip?”

The single premiered on Mar. 5, and Mars and .Paak performed it at the 63rd Grammy Awards on Mar. 14 with a similar retro flare, including matching monochrome burgundy suits with bootcut pants and backup singers dancing in a triangle.

A comment posted on the “Leave the Door Open” Youtube music video hit the nail on the head, saying: “The people who disliked this song should get a covid test done, because one of the symptoms is no taste.”