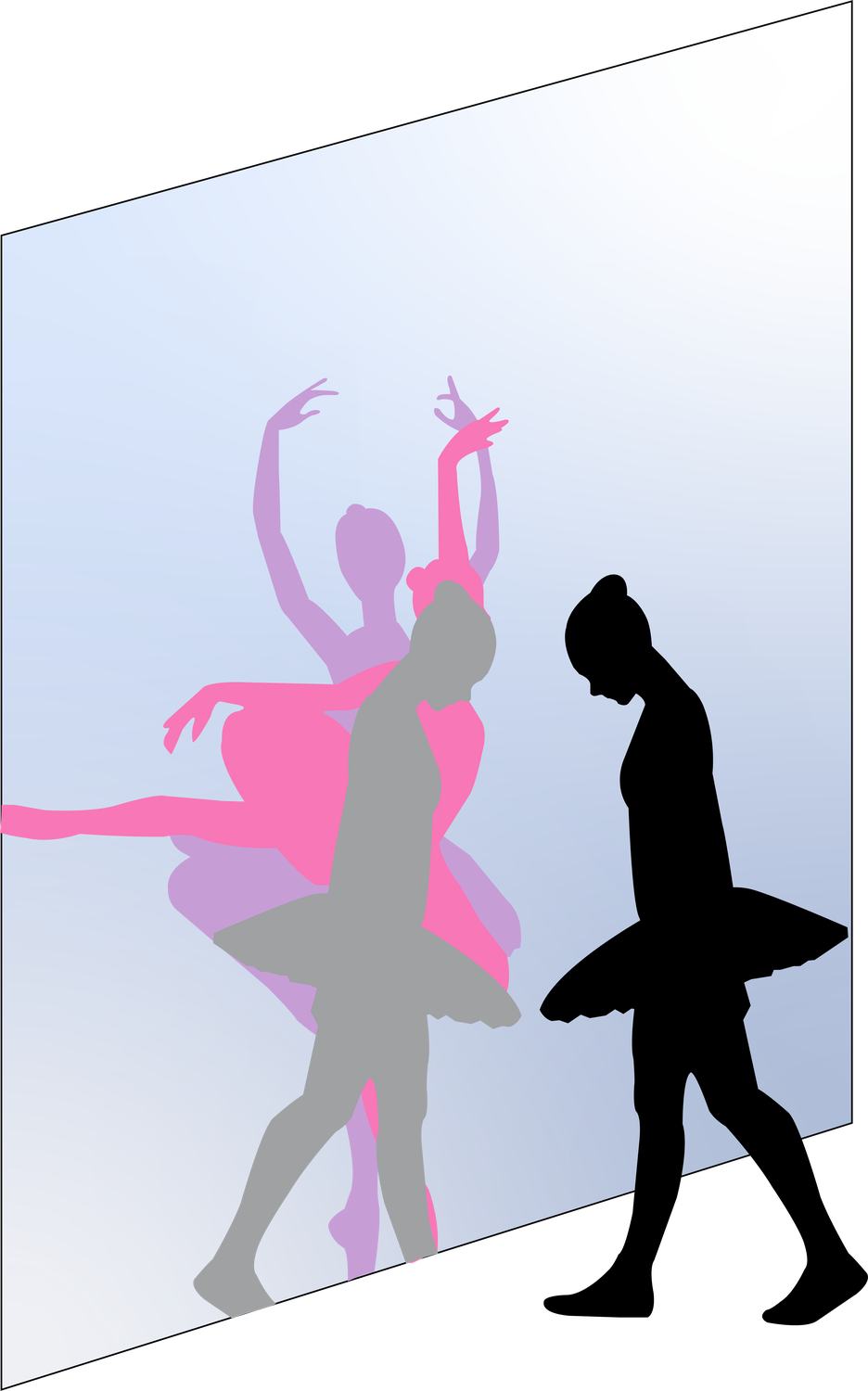 When the Curtain Comes Down

“Thank you, but it wasn’t that great. I fell off pointe here, lost my core in that last pirouette, and barely pointed my foot in the last jump.” He rolled his eyes, but he didn’t seem surprised that I failed to accept his praise. In the ballet world, no one can take a compliment.
By Shelby N. Tzung

I felt like I was flying. For a brief moment, as I turned and leapt across the studio, everything aligned — my balance on pointe, my spine, maybe even the cosmos. Gliding through the air with each push off of the ground, I felt free from the rest of the world.

But these moments never last long, and within seconds, I crashed back down into reality. The steely voice in my head that underscores all of my movements with scathing reminders to “hold in your stomach” and “smile through the pain” returned. My body felt exposed, and I could feel the critical gazes of my fellow dancers piercing every inch of my body, like dozens of lasers scanning me for flaws. As a ballet student, you’re taught to think that once you become a professional, your whole life will feel like that euphoric moment, but this is a naive delusion. Being hired by the National Ballet of Canada was not an affirmation of the work I had put in thus far. It was a green light to push myself even harder.

Even as I came off the floor and one of my fellow dancers praised me for my execution of the combination, I could barely look him in the eyes as I accepted his compliment. All I could think to myself was, “Surely he can’t mean it.” And I basically said as much, replying with a weak, “Thank you, but it wasn’t that great. I fell off pointe here, lost my core in that last pirouette, and barely pointed my foot in the last jump.” He rolled his eyes, but he didn’t seem surprised that I failed to accept his praise. In the ballet world, no one can take a compliment.

I returned to my spot on the side of the studio, waiting for the next combination. Around me, some of the highest-caliber dancers in the world casually lounged across the ballet barres, rolled out their muscles on the floor, and chatted with each other in the back. If you’ve only ever seen our finished product on stage, you’d be surprised by the disheveled scene in a rehearsal studio. Contrasted with our brightly painted faces and sparkling tutus during performances, behind the scenes, we wear ratty warm-ups, very little makeup, and messy hair. Unlike the perfect posture that ballet technique requires while executing the steps, during rest periods many dancers slouch, as if the weight of the world is on their shoulders.

The emotional confidence and polish that we present during performances falls away when the spotlight turns off. Standing in a ballet studio is like standing in a hall of mirrors — sometimes quite literally. Not only is your vision crowded by unsatisfying reflections of yourself, but being surrounded by world-class dancers feels like drowning in a sea of iterations of yourself, except all you can see is what each one has over you — better extensions, higher jumps, smoother movements.

But you are never alone in this insecurity. The reality is that, when you survey the dozens of seemingly confident dancers nonchalantly watching from the sides or flying across the floor during grande allegro, there is always an underlying current of dissatisfaction. Like any other high-achieving endeavor, there is no room for complacency.

Looking around a studio, you see the beads of sweat, heaving chests, flexing muscles. But more than anything else, you see the furrowed brows and alert eyes as people try to gauge how they and the dancers around them are being perceived by the people at the front of the room. From a very early age, we are trained to take the word of anyone in ballet leadership as gospel. George Balanchine, the father of American ballet, is revered like a god, despite the fact that he glorified prepubescent female body types and had sexual relationships with many of his dancers. My childhood teacher would always tell me to, “Be a sponge.” Her message was that I should diligently soak up as much knowledge as I could; the implication was that I must passively absorb all of the criticism from my teachers, with little recourse to do anything more than internalize those critiques and try to appease the demands of those at the top.

Given that we are so often torn down by the people in the front of the room, it is no surprise that we take it upon ourselves to preemptively point out our flaws. It is a method of self-protection, a race to acknowledge our own flaws before someone else can point them out first. Revisiting that rare moment of euphoria while I was dancing, I clearly remember the thought I had as I was ripped out of my fleeting joy. Although I was ecstatic to actually be enjoying my own dancing, I immediately had the premonition that at least one other person in the room probably thought I looked terrible; I could not afford to appear self-satisfied.

I have a distinct memory of finishing a combination when I was 16 and having my teacher promptly say to the class, “Ladies, that was much better. Except for you Shelby… you were terrible.” The harsh criticism wasn’t the problem; I was used to that. What rattled me was the intonation of her voice, the condescension at the fact that I had seemed happy while I was dancing, a condition which she felt the need to immediately rectify. Because, for some reason, the crime of being bad at ballet doesn’t come close to the crime of letting yourself believe that you’re good — even if you are, in fact, very good. There is an unspoken rule that if you are not actively picking apart your own flaws, you are falling behind. And there is truth to this: many of the best dancers are those who are never satisfied with their performances.

This fear of self-delusion may not be apparent as dancers effortlessly glide across the stage — particularly because it is our job to come across as confident — but it is unmistakable in conversations among ballet dancers, which often involve a formulaic amount of self-criticism. Although there is an element of comfort that can be derived from discussing shared experience, most of the self-degrading commentary one hears in such conversations is not a form of bonding or humor. It is precautionary, a way of shielding ourselves from falling even harder when a biting remark from a ballet master or a critical sideways glance from a peer inevitably brings us down to earth. Unlike the masochistic ballerina portrayed by Natalie Portman ’03 in “Black Swan”, much of dancers’ self-degrading behavior is the result not of some cold pursuit of perfection, but rather a human instinct to guard against being hurt.

Ballet is beautiful, and that sense of flying is why we endure what we do — to chase an otherworldly feeling of power and grace. I was initially drawn to ballet because I was a shy child, and dance gave me an outlet to express myself without words. Even when I began using words that tore me down, similar to the way other dancers around me did, I was simultaneously expanding my artistic vocabulary, and ballet’s physicality continued to be my most authentic form of expression. Though I often feel weighed down by that inner voice telling me I’m not good enough, I will never stop reaching for those moments of transcendence.