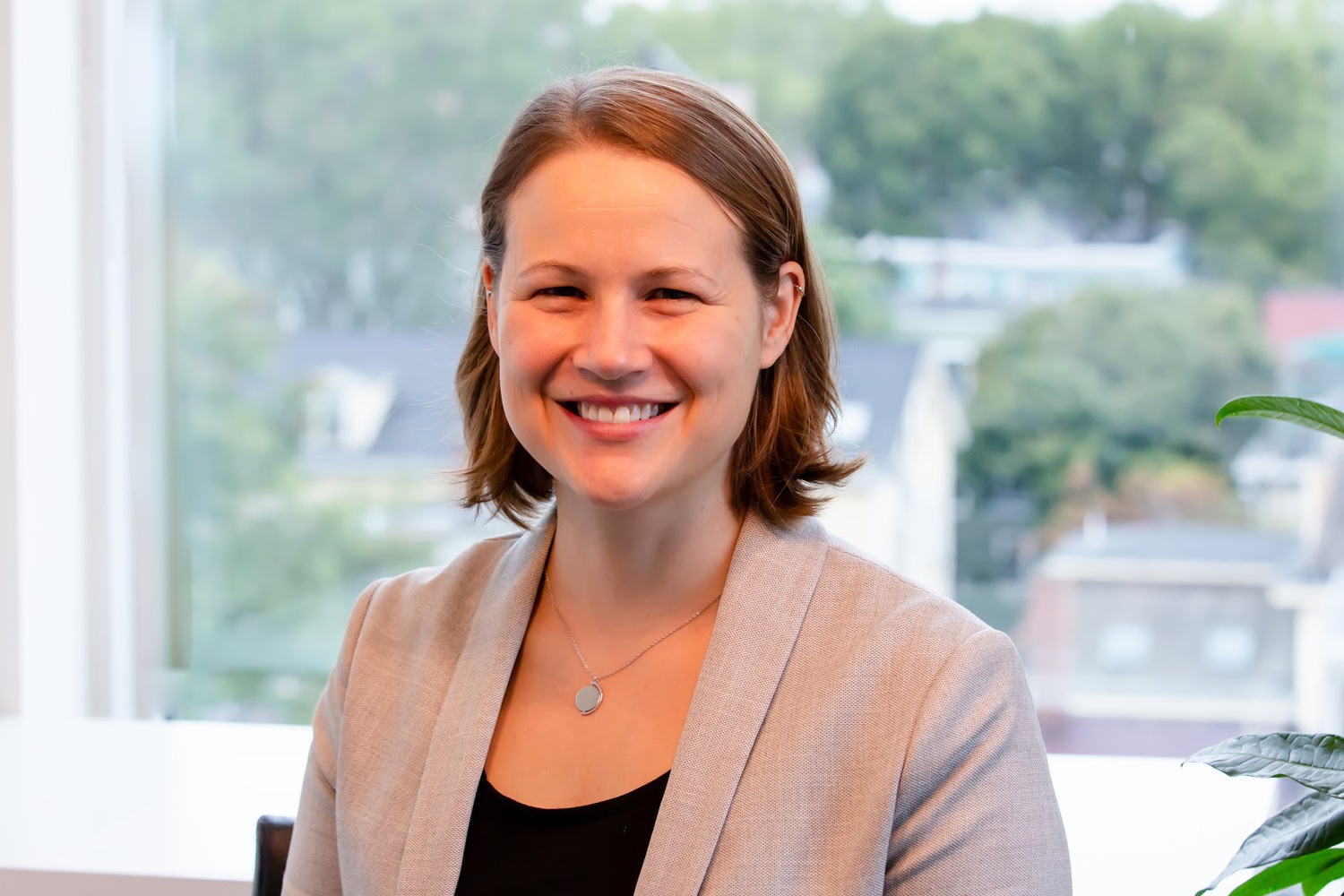 In 2019, Harvard Professor Regina L. Schouten published a book with Oxford University Press, titled “Liberalism, Neutrality, and the Gendered Division of Labor.” Her book argues that political interventions are necessary to dismantle the gendered division of labor.
By Gabrielle J. Pesantez and Emily Song

A 2020 study from the United Nations predicted that the coronavirus pandemic would set gender equality back by decades given how strongly time constraints have been felt by mothers across the world. Harvard Associate Professor of Philosophy Regina L.“Gina” Schouten says she isn’t surprised: In fact, according to Schouten, academic submissions from male scholars have increased in the past year, whereas submissions from women have not.

Schouten attended college at Ball State University and majored in both social work and Spanish, initially planning to be a social worker for non-English speaking communities. However, during her undergrad years, she also took courses in philosophy, which she eventually found to be more fulfilling because she was intrigued by the broader implications and topics that the discipline challenged her to explore.

This experience of asking “very big, soaring structural questions,” she says, made her particularly interested in the field. In philosophy, Schouten adds, “I was thinking of social work, our obligations to others, and circumstances of injustice, in a fine-grained way. And I think that’s really important work.”

As a result, Schouten returned to education after graduating college and taught kindergarten for one year. She decided to pursue a Ph.D. at the University of Wisconsin-Madison, where she further honed her interest in philosophy.

“I started to write about education. And I started to write about gender, but all through the lens of thinking structurally about social justice issues,” Schouten recalls. Following graduate school, she taught for three years at Illinois State University and ultimately ended up coming to Harvard as a professor, teaching feminist political philosophy and educational justice.

Outside of the classroom, one of Schouten’s primary research focuses is combating the gendered division of labor: the allocation of specific jobs or types of work to either women or men depending on societally-enforced gender roles or social norms. In 2019, she published a book with Oxford University Press, titled “Liberalism, Neutrality, and the Gendered Division of Labor.” Her book argues that political interventions are necessary to dismantle the gendered division of labor.

She also argues in her book that such interventions can be successfully incorporated into a system of political liberalism, which places a high emphasis on achieving the consent of the governed before implementing prescriptive legislation. Schouten’s book hinges on the questions of how a society committed to political liberalism may reconcile the public’s differences in opinion over whether a gendered division of labor is a problem. Further, she addresses to what extent we ought to devote our resources to ameliorate that division.

“In two-parent households, even if both parents are working, one parent’s career is the one that gets subordinated when there are caregiving needs that arise,” Schouten says. According to Schouten, 33 percent of unemployed women say childcare is a major factor in their employment arrangements, compared to only 12 percent of unemployed men.

“Most of what sustains the gendered division of labor right now are the choices that men and women make when they become parents, and the fact that women favor flexibility and family-friendly amenities over earnings and other kinds of pecuniary rewards,” Schouten explains. “But that way of describing the problem obscures something important: that we don’t make these choices in a vacuum. Our preferences are informed by all of the gendered elements in the air that we breathe.” 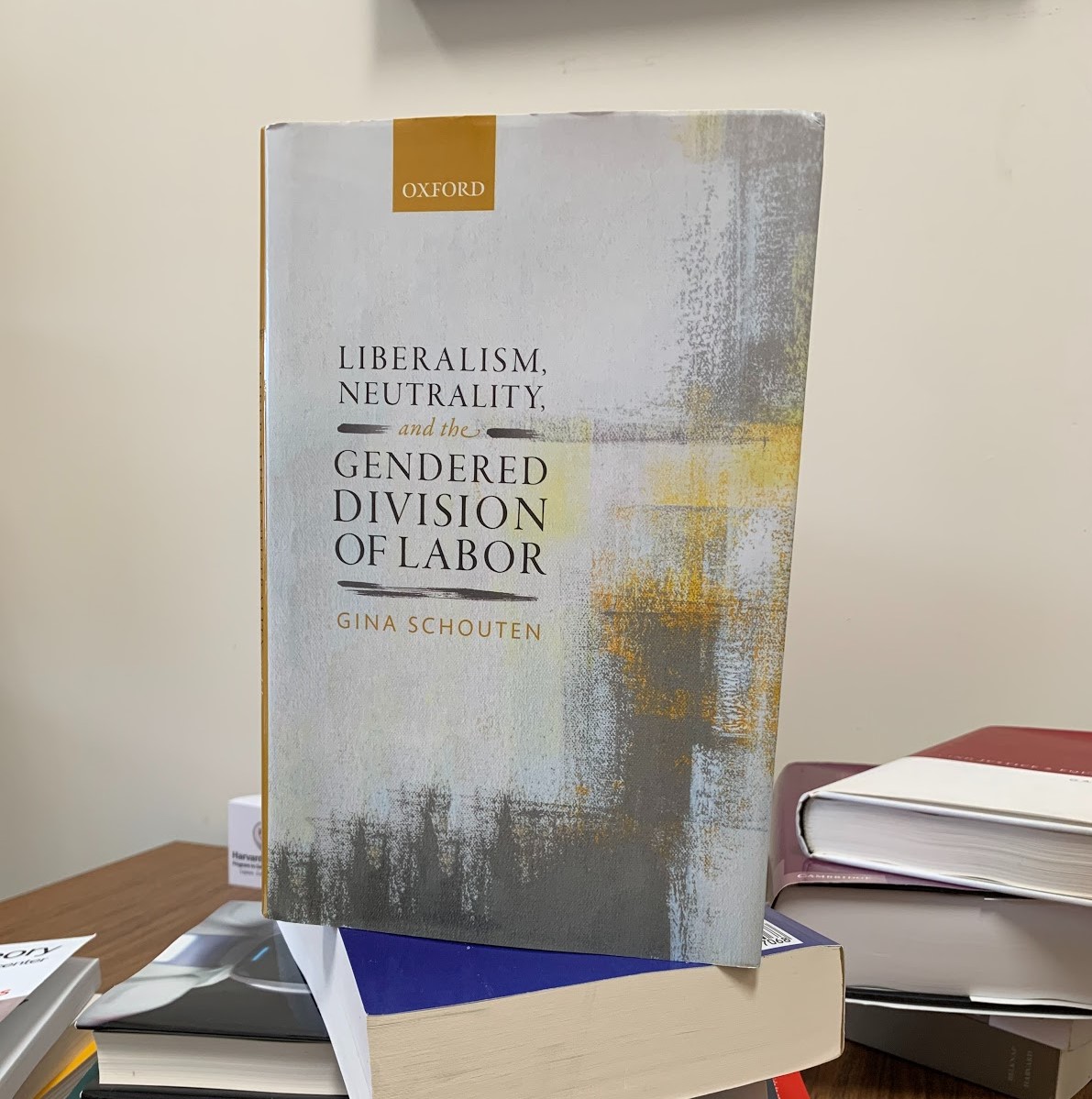 By Courtesy of Regina Schouten

Schouten argues that it is the formation of these preferences that ought to be the point of attack in social policy: “The empirical literature supports the view that, to meaningfully dislodge the gendered division of labor as a set of social norms, we need to act on those patterns of choice,” she says.

For Schouten, reforming family support policies in the workplace is key to dismantling the social norms that often dictate which parent’s career is deemed a greater priority in opposite-sex partnerships.

“We need a family support policy that encourages men to care for children and to care for their aging relatives, and that encourages women to retain attachment to work even when they are doing caregiving outside of the home,” Schouten says. “We need to offer support that includes incentives for gender-norm-transgressive uptakes of that caregiving support.”

Schouten proposes a system in which parental leave is allocated to individuals rather than to a domestic unit, thereby forcing each partner to either accept or completely forfeit their designated leave period.

“The effect of this in an opposite-sex partnership is that there’s a very strong incentive for both partners to engage reciprocally in caregiving and to stay attached to their work outside of the home,” Schouten explains.

Further, she suggests that work time regulations, in addition to leave policy reforms, can help address the disparity in women’s disproportionate election of part-time work over full-time work.

“Limiting the number of hours that employers can demand of their workers will have the effect of limiting the disparity between the hours that women work, when they need to be home to make dinner, and the hours that men work, even when they’re unconstrained by those domestic needs,” Schouten argues.

Some of Schouten’s other research focuses on reproductive and educational justice, two other areas that she believes are tantamount to eradicating the gendered division of labor. She believes there is a pertinent connection between these ideas.

“Having access to effective contraception, having the right to terminate an unwanted pregnancy,” she says, “are things that are clearly important for women’s full equality in society.”

On the issue of women’s educational equality, Schouten notes that “we increasingly see women growing their achievements in higher education and graduate education.” Despite this trend, she says that higher-educated women have continued to face underrepresentation in the professions for which they are qualified.

Schouten’s overarching philosophical lens on these issues asks whether or not such policies are of legitimate interest to government actors.

“In my research, the philosophy comes in when we ask whether that’s the legitimate policy aim, whether this is the kind of thing that the state can legitimately be in the business of caring about,” Schouten reflects. “To build a case for that policy element that’s compliant with the norms of liberal neutrality that we have reason to abide by, that’s a distinct kind of philosophical project that needs to be done.”

Schouten stresses that the Covid-19 pandemic has further set back progress on gender equality by both personally and academically straining women who work in education and research. “On the personal front,” she says, women face “increased caregiving responsibilities, either because they have more sick relatives or children who are out of school or daycare.”

Schouten estimates that, as a result of the pandemic, women have lost several hours per week for either work or leisure. She speculates that these lost hours have drastically affected female researchers’ scholarly productivity in their respective fields.

Given this disparity, Schouten underscores the importance of inclusivity and diversity in the field of philosophy, as early philosophy was a particularly male-dominated area of thinking. She acknowledges that progress is being made, albeit slowly.

“There’s still a lot of conversation in the discipline about how to make it a more hospitable place for a wider variety of people,” she says. “It’s an experience that more people should be able to have.”

In addition to ensuring that individuals are able to learn and interact with philosophical concepts, Schouten also believes that individual diverse experiences are necessary for her field to thrive. Specifically, she says that a multitude of perspectives and backgrounds lend to a richer discipline that better answers the complex questions that philosophy poses. As a result, embracing differences across gender, socioeconomic status, and race, among other social identifiers, is essential to progress in the philosophy discipline.

The Covid-19 pandemic, according to Schouten, therefore poses a threat to the continuance of the philosophical progress that she has witnessed thus far.

Though the pandemic has been a major setback in the advancement of gender equality, Schouten explains that there are certainly ways to expedite the process toward more equal divisions of labor. Specifically, she says that adding work time regulations, providing wages for caregiving, and drawing more men into this kind of work are all important ways to do so.

Ultimately, Schouten says that we, as a society, need to fully understand what the goal of this work should be. “We need to figure out what we care about here. And insofar as we object to gender inequality, what’s the precise, appropriate target of our objection?” she says. “That’s going to make a big difference in this really practical space of what our policy configuration should be.”