From Our Bookshelves: ‘Cemetery of Forgotten Books’ Series 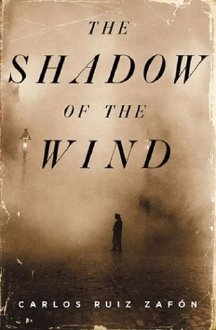 Cover art for "The Shadow of the Wind," the first novel published in Carlos Ruiz Zafón's bestselling series "The Cemetery of Forgotten Books." By Courtesy of Penguin
By Hannah T. Chew, Crimson Staff Writer

Despite the “Cemetery of Forgotten Books” series selling more than 35 million copies worldwide and being published in more than 40 countries, I think this series is criminally underrated in the United States. Carlos Ruiz Zafón’s four-novel set is a masterpiece in intricacy and Gothic literature. Set in Barcelona during the twentieth-century, Zafón’s web of multigenerational characters navigate the sprawling streets and secret histories of the city, ensconced by its magic, as readers walk away with their own map of the land.

With strange and excessive parallels to main character Daniel Sempere, I discovered the first novel of Zafón’s series through poetic chance and literary luck. While browsing the Stanford bookstore in 2017, I found myself in conversation with a sales aid, who happened to be a rather animated 80-year-old publishing assistant. He graced me with the story of when he first started as an editing assistant, describing how he read so constantly and so extensively that, within 50 pages of beginning to edit a novel, he could predict the ending flawlessly. I laughed along with him until he produced Carlos Ruiz Zafón’s “Shadow of the Wind” out of nowhere, stating Zafón’s book was the only novel in decades he failed to predict. I have to admit I was incredibly skeptical, assuming I was being swayed by a clever sales pitch, but four years later, I am infinitely grateful I purchased the book anyway — because he was absolutely right.

With multiple stories layered upon one another, “The Shadow of the Wind” follows young bookworm Daniel Sempere as he discovers a book within the book, also titled, “The Shadow of the Wind.” Fueled by youthful curiosity, Daniel embarks on a journey to uncover the author, Julian Carx’s mysterious past and avoid the shadowy forces that seem to seek the book’s destruction, only to find himself unraveling buried stories of violence, betrayal, and deceitful lust from the Spanish Civil War and the destruction of Barcelona. This book is an absolute whirlwind, jumping throughout decades as it creates a web of characters so intricate it could be a history of its own.

“The Shadow of the Wind” is one of four novels in the series, but it is by no means the one you must read first. Each of the novels focus on a piece of Zafón’s history of Barcelona, spanning decades, with every character and plot expertly threaded to another. With all its intrigue and scandal, nothing excited me more than glimpses of characters’ pasts popping up in every novel. Zafón subtly but satisfyingly creates a romantic wholeness to the entire series’ narrative like none I have encountered before. This carefully constructed history means that the four books can be read in any order, each storyline rife with clues to the others. My personal recommendation is to begin with “The Shadow of the Wind,” progress to “The Angel’s Game,” then “Prisoner of Heaven,” and conclude with “The Labyrinth of Spirits.”

The interlocking plots are so carefully constructed that Zafón himself notes how delicate they are in multiple interviews, the overall narrative perfectly and precisely fitted together. Each novel unearths age-old questions grounded in romantically tragic characters, soaked in magical realism and decadence. A haunted author tasked with writing a new religion of violence, postwar reckonings of unimaginable sin, and a labyrinth of forgotten books converge to create this four-novel love letter to Gothic Barcelona and the untamable power of books.

Zafón himself is quite the character, his writing process inexplicably involving 400 statues and representations of dragons as well as periods of self-taught piano composing. He has adamantly declared the “Cemetery of Forgotten Books” series will never be seen in film, staying true to his affinity for the medium of the novel. For all my love of these books, I understand his position — the experience of piecing together Zafón’s history restored my adoration of literature, and I cannot imagine a film captivating readers so effectively.

For being considered the most-read Spanish series since the writings of Cervantes, Zafón’s novels are, in my opinion, underappreciated among American audiences. Perhaps it is the historical element that scares off readers of contemporary fiction, or the fact American publishers are printing mere translations of Zafón’s original words. Regardless, legendary author Stephen King commended the book, “If you thought the true Gothic novel died with the 19th Century, this will change your mind. Shadow is the real deal, a novel full of cheesy splendor and creaking trapdoors, a novel where even the subplots have subplots.” Indeed, Zafón’s books are full of clichés, but they are nonetheless satisfyingly complex and dramatic.

A perfect, fantastical escape for everyday life, and certainly the current state of the world, Carlos Ruiz Zafón’s sprawling, haunted, and romantic Barcelona is worth a visit.

From Our Bookshelves is a personal essays series written by Crimson Staff Writers about our favorite books, books that mean a lot to us, or otherwise books that we think need to be discussed right now.

— Staff writer Hannah T. Chew can be reached at hannah.chew@thecrimson.com