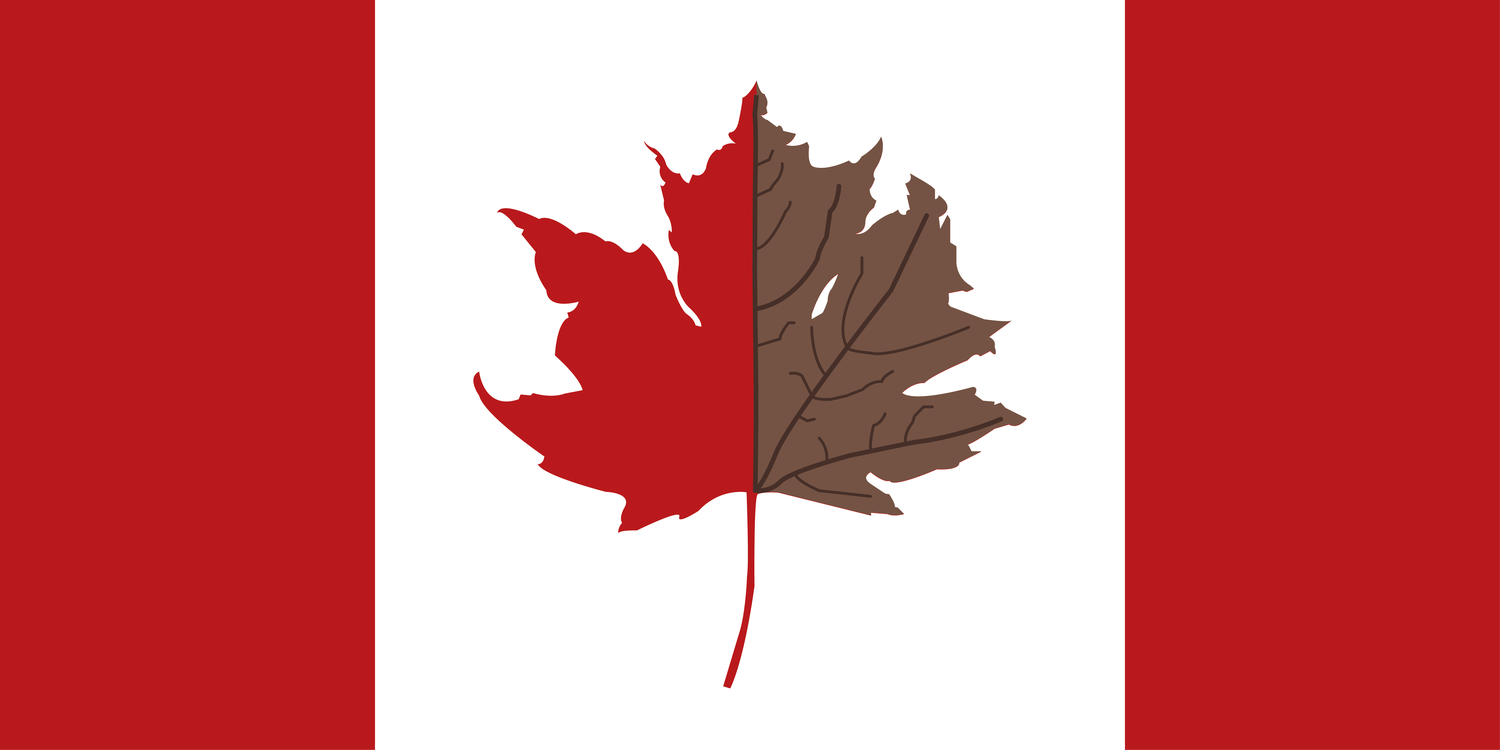 We're Really Not That Nice

Finally, one of them broke the heavy silence and asked me, in all seriousness, “Do you not have racism in Canada?”
By Kiana N. Rawji

A few years ago, I was sitting at a small, crowded table at the Tasty Burger in Harvard Square with a group of American students. It was pretty loud in the restaurant, so when someone across the table, talking about a classmate of ours, said, “He’s racist,” I heard, “He races.” Confused, I asked, “Races what, cars?” But they didn’t think I misheard, they actually thought I misunderstood. I remember them going silent, exchanging intense looks, and wordlessly asking each other, I imagine, How the hell are we supposed to explain racism to this girl? Finally, one of them broke the heavy silence and asked me, in all seriousness, “Do you not have racism in Canada?”

I broke out laughing. “Of course we do,” I said. I thought it was hilarious, until I realized they weren’t joking. In retrospect, the fact that that question had seriously crossed their minds is concerning.

People compliment my country all the time, throwing positive stereotypes around: Canadians are so nice. Canada is so peaceful. Canada is so open.

Many times, people say these things jokingly. But even jokes stick; they can quickly turn into assumed truths, especially when they’re all you hear about a place or a people. As Chimamanda N. Adichie says in her TED Talk on ‘The Danger of a Single Story,’ “the problem with stereotypes is not that they are untrue, but that they are incomplete. They make one story become the only story.”

These positive stereotypes are a symptom of the larger idealization of Canada both at home and on the global stage — a glorification that only contributes to the systemic denial and erasure of injustice in Canada’s past and present. Canada has long neglected its responsibility to reckon with legacies of injustice on our own soil, and getting gassed up by our American friends only pushes these long-standing issues further into the shadows.

Canada is not immune from racism, sexism, homophobia, or any other type of social injustice. We’ve just fooled ourselves and the whole world into thinking we are.

In elementary and middle school, I remember learning a few names of Indigenous tribes, but never about the cruel, violent history of residential schools (government-funded schools that separated almost 150,000 First Nations, Inuit, and Métis children from their families and forced them to “assimilate” to white Canadian culture) and the continued fight against their lasting damage. When it comes to Canada’s relationship to slavery, all I remember learning about was the Underground Railroad, not the 200 years of slavery in Canada before that. And I certainly didn’t learn about the presence of the KKK in Canada in the 20s, or its resurgence in the 60s and 70s with the rise of Canadian multiculturalism and the Black civil rights movement. I went to a rural school in Alberta, one of Canada’s most conservative provinces, and I later attended a boarding high school in the U.S. But many of my Canadian friends, who completed high school in various provinces, had similar experiences with Canadian history education, and I wouldn’t be surprised if many, many others did, too.

Canadians’ unwillingness to confront our own history has only made it that much easier to ignore the ways in which that history continues to afflict Canadian society today. For instance, in 2020, when statistics from the U.S. revealed Black Americans to be at greater risk of Covid-19 infection and death, we realized we couldn’t say the same in Canada. Not because it wasn’t also true here, but because we hadn’t been keeping track. We hadn’t been collecting any disaggregated, race-based health care data all this time, because people like Ontario’s chief medical officer of health and other — mostly white — health officials saw no need for it. This long-standing “colorblind” policy only left most provinces blind to real health care disparities. The gross negligence sparked outrage among health care professionals and activists across the country, which forced Ontario (and several other provinces, in turn) to finally start collecting this necessary data.

There are people who truly believe that racism doesn’t exist in Canada and that therefore, we don’t need to collect information about how race and ethnicity affect things like health care, education, or criminal justice. But how are people supposed to account for systemic racism in the first place when we’re not collecting the data to show it exists?

We’re so used to the single, idealized story of Canada that it’s difficult to believe anything contrary to the values assumed to run in Canadian blood — values like friendliness, peacefulness, openness.

It might be hard to believe that in the past five years, Canada has turned away at least 4,400 asylum seekers from entering its borders. And it might be hard to believe that Canada has, for decades, exploited the cheap, disposable labor of racialized migrants from the Global South. Today, over 1.6 million people in Canada are temporary or undocumented migrants with extremely limited access to permanent residency and the basic rights and freedoms that legal status guarantees, including “universal” healthcare — it turns out there was some fine print to Justin Trudeau’s famous declaration, “A Canadian is a Canadian is a Canadian.”

These kinds of unjust realities seem almost un-Canadian. But if you pay close enough attention, you might find they are all too Canadian. The problem is that most people aren’t paying enough attention.

Instead, Canadians have had our attention focused on our southern neighbours. This past year, especially, many sat comfortably on their high horses, watching with arrogance as Trump made a mess of a nation, as Black Lives Matter protests rose across the U.S., and as American democracy nearly fell apart in the 2020 election. The United States has never looked so disunited. And in turn, Canada has never looked so good.

I’m consistently told by my American friends how lucky I am to live in Canada. And when I try to tell them Canada’s not such a perfect place, their response is always “it’s not as bad” or “at least it’s better than here.”

Honestly, the bar has been set so low that being morally or culturally “better” — which I take to mean more harmonious, more peaceful, more just — than the U.S. is not much of an accomplishment. But why are we even comparing?

Like positive stereotypes, this futile act of comparison is just another dangerous conduit for Canadian complacency. Canada is seen as a beacon of multiculturalism, internationally lauded for its commitment to diversity and human rights. But Canadian hypocrisy runs rampant in plain sight, and instead of handing us excuses on a silver platter, the world needs to call us out on it for once. And we need to hold ourselves more accountable as well.

This is not to say that Canada doesn't have a lot to be proud of. It does, and I still am proud to call myself Canadian. And yes, maybe some things are “better” in Canada than in the U.S. But it’s not enough to be better than another country. We should hold ourselves to higher standards and continuously strive to be better than we, ourselves, have been.

As Martin Luther King Jr. said, “Injustice anywhere is a threat to justice everywhere.” It’s not about having less injustice than our neighbors, it’s about achieving justice. Everywhere.

If we are going to make any kind of comparison, we should look for an example to aspire to, not a counter-example. And if we look and we can’t find a good example of a nation that has lived up to the promises of equality, freedom, and justice, that should tell us something startling about the work we all still have to do.