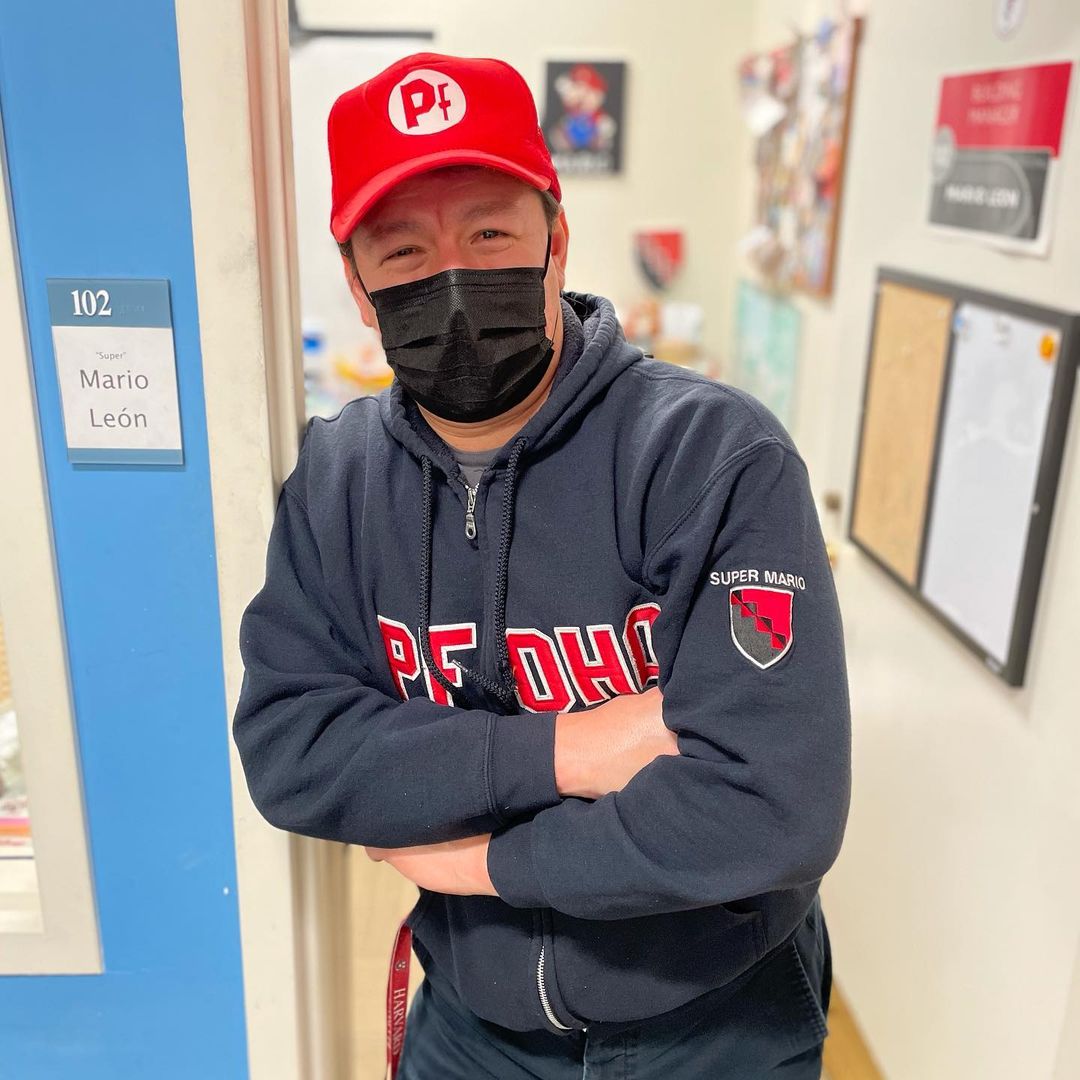 Mario León currently serves as the building manager of Pforzheimer House, an upperclassman house in the Radcliffe Quadrangle. By Courtesy of Mario León
Advertisement
Advertisement

In preparation for Housing Day 2021, Mario E. "Super Mario" León, the Pfoho building manager, committed himself to “50 Days of Pfoho Super Mario,” a challenge in which he posts photos of House community members and himself decked out in his collection of Pfoho gear on his Instagram account.
By Gabrielle J. Pesantez

Day 33 of 50: Mario E. “Super Mario” León, the Building Manager of Pforzheimer “Pfoho” House for the past 14 years, poses for a photo with his “pfamily” of stuffed polar bears. In preparation for Housing Day 2021, León has committed himself to “50 Days of Pfoho Super Mario,” a challenge in which he posts photos of House community members and himself decked out in his collection of Pfoho gear on his Instagram account @supermario_pfoho, which is beloved by both current and past Pfoho residents.

León was born in a small town in El Salvador before moving to America in 1991. He attended the local Cambridge Rindge and Latin School and has lived here for decades since. He began working at Harvard in April 2004 for one of the University’s subcontracted custodial service providers. Around this time, six building managers of the upperclassmen Houses worked directly for Harvard, while the other six managers were subcontracted from the company León worked for.

When Lowell House’s Building Manager had to take a temporary leave due to medical concerns, León was named Lowell’s Interim Building Manager for a year. When his term ended, León returned to his previous role within custodial services. Soon after, he set his sights on a newly vacant Building Manager position that had opened up at Pfoho.

Recounting his first days at Pfoho, León angles his computer camera toward a welcoming gift from the Class of 2006: a Super Mario poster, a punny tribute to his first name and his position as the building’s “Super.” 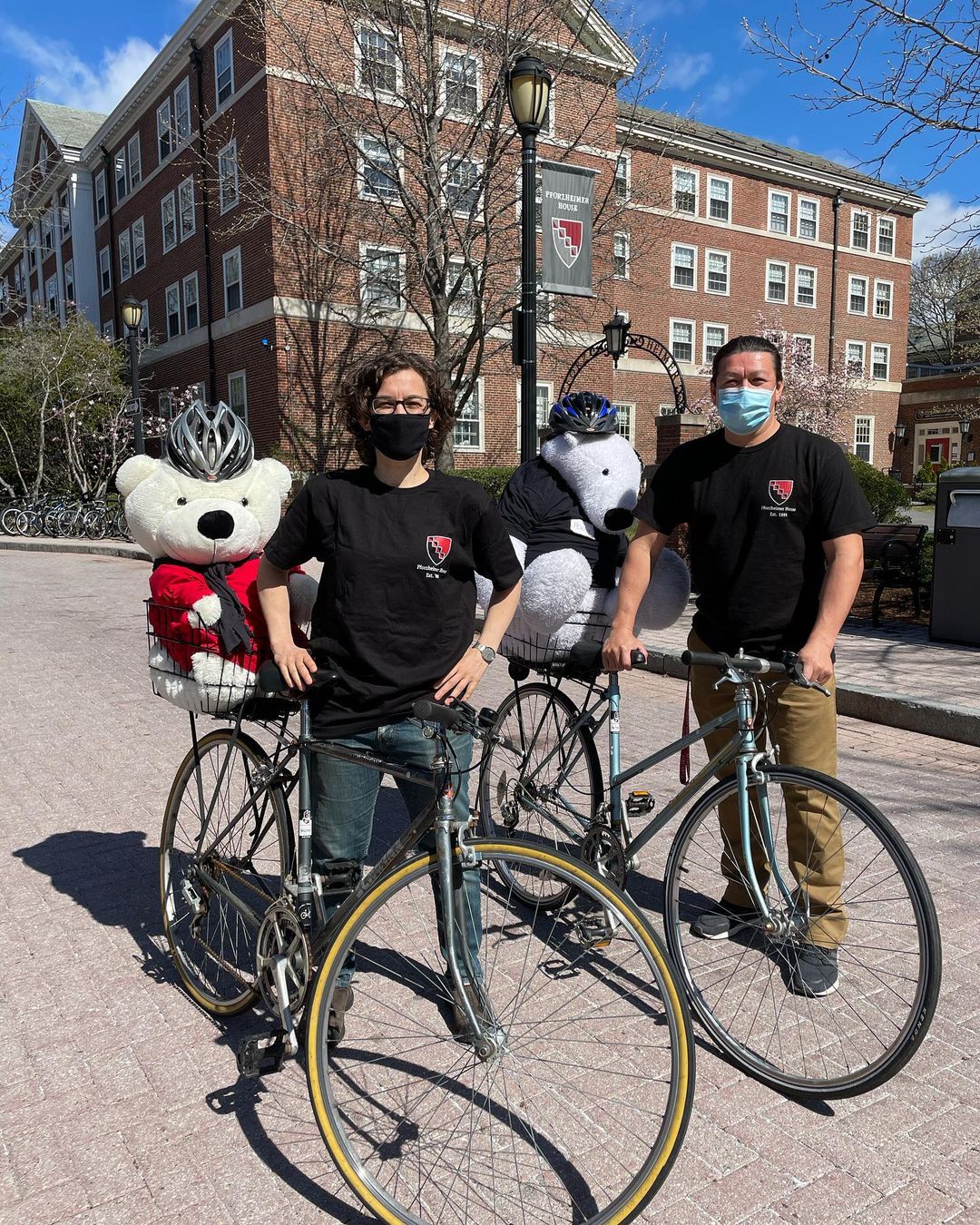 León was born in a small town in El Salvador before moving to America in 1991. He attended the local Cambridge Ringe and Latin School. By Courtesy of Mario León

“From day one, they started calling me Super Mario,” he says. “I was flattered.” Over the years, León’s office has been gradually overtaken by more Super Mario merch, along with Pfoho shirts, sweaters, hats, and stuffed polar bears.

León’s responsibilities as Pfoho’s Building Manager include overseeing facility and maintenance-related concerns, but he has always gone beyond the job description in his efforts to connect with students.

“When I was much younger, I loved sports,” León says. “I play a lot of intramurals here: soccer, volleyball, flag football, kickball, baseball.” Through intramurals, León has been able to connect with students outside of their building concerns, as both a teammate and a friend.

In his 14 years on the job, León has never faced a challenge like the pandemic: “The job description has changed. In normal times, there are so many events and open houses, which not only include facility work, but also just includes you as a part of the community,” he says. “You can attend and get to know someone really well and build up a relationship.” Now, however, these opportunities have been put on hold. In response, León made a creative proposal to Pfoho’s House Committee this February.

“Early this year, I started talking to the staff in HoCo because I was thinking about my wardrobe and the different Pfoho things I have collected through the years. Housing Day was coming up and I thought: ‘How can we reach out and keep the enthusiasm up during this pandemic?’” León recalls.

Thus began the “50 Days of Pfoho Super Mario” Instagram challenge. Beginning on March 1, 2021, León set out to show off his 14-years worth of Pfoho merchandise. He also set out to showcase the people of Pfoho, from its Resident Dean to the many workers behind the scenes responsible for the House’s upkeep. 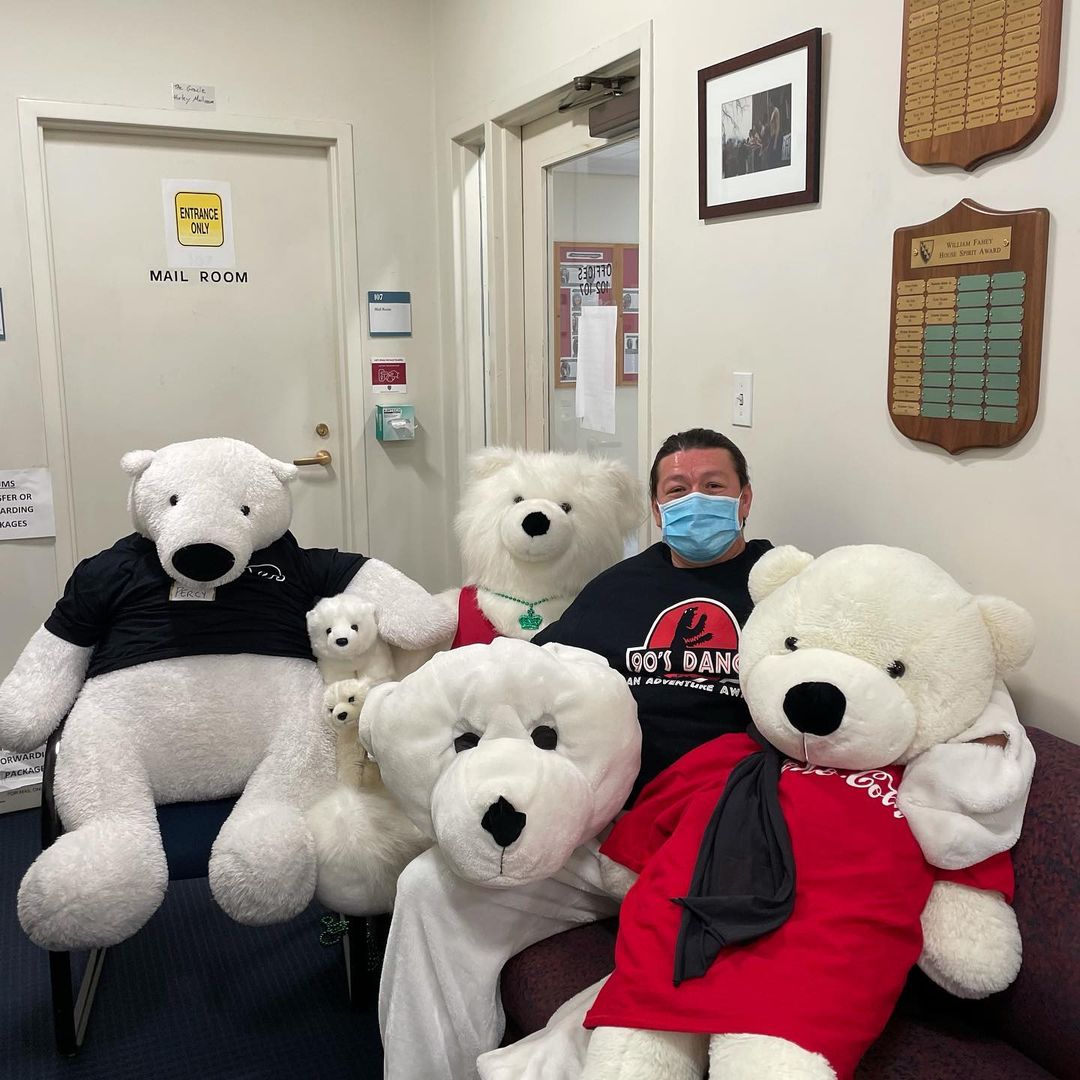 In preparation for Housing Day 2021, León has committed himself to "50 Days of Pfoho Super Mario." By Courtesy of Mario León

The account is not just Housing Day propaganda for the Class of 2024. León also wanted to recognize the sophomores of Pfoho, many of whom have yet to step foot in the building.

“I started showing some of the places in Pfoho with short videos on the House spaces,” León says. “I wanted to connect with them and let them know: ‘This is your house, we can’t wait to have you, and this is what we have to offer.’”

The account, which welcomes photo requests of any locations of interest from Pfoho students and alumni, has amassed over 400 followers.

Saying goodbye to graduating classes over the years has been bittersweet for León. “I’ve seen them grow over three years,” he says. “Having seen how they have changed from day one when they got here and graduation day is really satisfying.” However, the account has allowed León to get back in touch with Pfoho alumni from across the world.

Among his most common photo requests are alumni asking to see the spaces they know and love, the renovations and changes that have occurred in the House since their time there, and their previous House staff members who continue to live and work in Pfoho today. León, who never had an Instagram account before this challenge, says he’s found an incredibly positive response.

“It’s been really fun every day trying to come up with something that everyone will enjoy,” León says.

From intramural sports to in-person House events to the small hallway interactions that make a big difference in fostering a strong community, León is hopeful to return to a full House in Fall 2021.