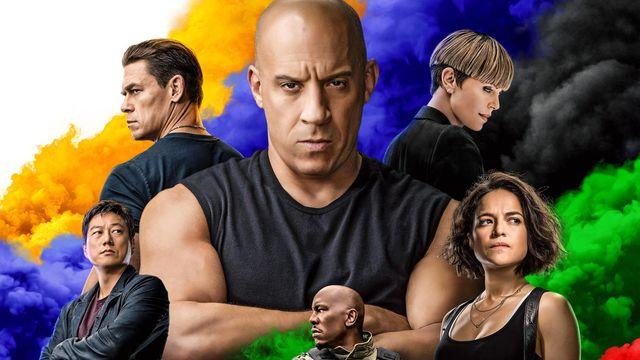 The trailer for the ninth installment of the “Fast & Furious” franchise is a perfect taste of everything a “Fast & Furious” movie should be. By Courtesy of Universal Pictures
By Megan Gamino, Contributing Writer

After being delayed for more than a year due to the coronavirus pandemic, the ninth installment of the “Fast & Furious” franchise is finally within sight, with a release date of June 25. The latest trailer for the film is a perfect taste of everything a “Fast & Furious” movie should be. It starts with a short narrative arc to refamiliarize the audience with the franchise’s universe — a helpful reminder since it’s been more than four years since the previous installment was released in 2017. Against a background of gorgeous cars and easy music, the gang assembles, including the charming leader Dom (Vin Diesel), his kick-ass wife Letty (Michelle Rodriguez) and familiar comic relief characters Roman and Tej (Tyrese Gibson and Ludacris).

The series also appears ready to finally address the sudden passing of Paul Walker midway through filming of the seventh installment. His absence has been explained in-world as him and his wife Mia (Jordana Brewster) taking time away from heists to focus on expanding their own family. Mia’s return and the tone of the trailer seem to imply that his death will now be echoed in-world, catalyzing everyone’s homecoming. The fast familia is back again.

Around 45 seconds into the trailer, all hell breaks loose. There’s a new villain in the franchise: Dom’s brother, played – both delightfully and inexplicably — by John Cena. The remaining 2 and a half minutes of the trailer deliver exactly what longtime fans have come to expect from a “Fast & Furious” film — fast cars and explosions stapled together with something that vaguely resembles a plot — but passes by too fast to question, with a healthy pause for comedy. The franchise has succeeded for so long because each new addition manages to rise to the level of the one before it, then raise the stakes of the central quest and deliver on a high-powered ending action sequence.

In the words of Roman, a character known for his comic relief, “We’ve taken out planes, trains, tanks. I’m not even going to think about the submarine. And now we’ve got cars flying in the air?” The answer to his last question is a resounding YES! This movie is not going to be one for the physicists, as it seems like most of the big action sequences will be hinging on cinema magic under the guise of magnets powerful enough to move armored vehicles with the press of a button.

Like every movie in the franchise, there’s somehow too much and also not enough going on to really track anything from moment to moment, but there are some key things from the trailer to keep in mind while racing towards theaters this June. Critically, the character Han (first established in “Tokyo Drift” and thought to have been killed at the end of “Fast & Furious 6”) has returned. This marks the second time the series has revived a character from the grave after Letty’s supposed death from the fourth to sixth films, and could open the door for more returns (maybe Gal Gadot’s Gisele, killed at the end of “Fast Five?”).

While John Cena will be the main antagonist this time around, it seems like he’ll be backed up by familiar villain Cipher (Charlize Theron). She suffered a great defeat at the end of the 8th film, and from her bangs we can tell that she’s been through some shit in the time elapsed in-world. Also returning will be Helen Mirren, who is — and I cannot stress this enough — uncredited for her role in the 8th film, “The Fate of the Furious.” This actually throws a potential wrench into the timeline of the Fast universe. As it stands, the order of release of the latest films will be “The Fate of the Furious” (2017), “Hobbs & Shaw” (2019), and “F9” (2021). However, “F9” was originally slated for release all the way back in April 2019, and was delayed to allow Hobbs & Shaw to be the Fast movie of the summer instead. “F9” may end up actually taking place before the events of “Hobbs & Shaw.”

It’s also important to view this not just as the ninth film in a series, but as the first in a trilogy. The Fast franchise is slated for two more films, ending on the 11th, and director Justin Lin is already confirmed to direct them. As he said in his director commentary of the fifth installment, he considers his directorial work on “Fast & Furious” (2009), “Fast Five” (2011), and “Fast & Furious 6” (2013) to make up a trilogy within the larger series. It seems likely that he’ll be approaching the ninth through eleventh films in a similar fashion. “F9” is gearing up to be the beginning of an epic end to one of Hollywood’s most beloved franchises.