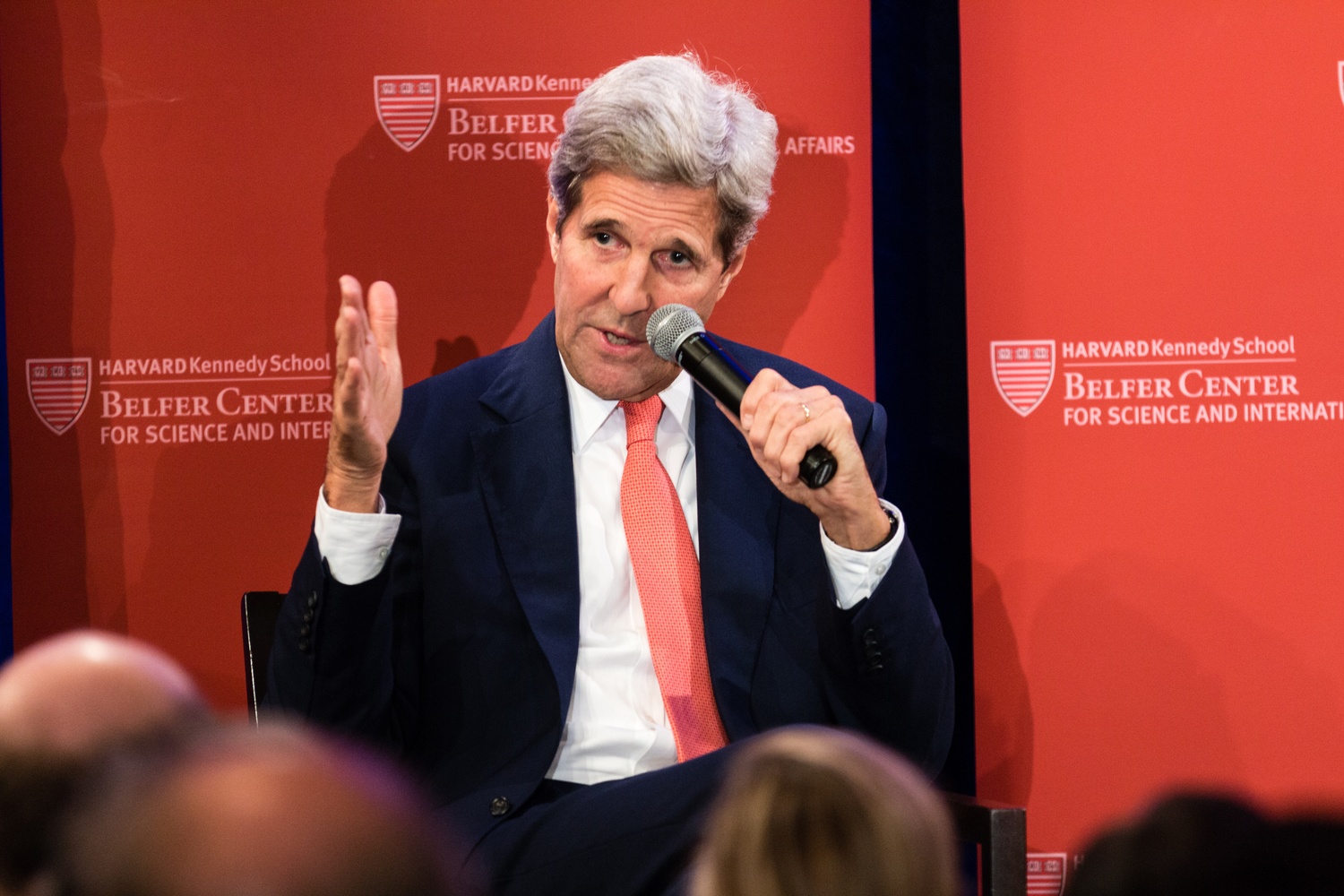 John F. Kerry, former Secretary of State and current Special Presidential Envoy for Climate, joined intelligence experts and other stakeholders at a Harvard Kennedy School conference on the geopolitical, intelligence, and national security implications of climate change on Friday.

The half-day conference was co-sponsored by the HKS Belfer Center for Science and International Affairs’s Environment and Natural Resources Program, the Belfer Center’s Intelligence Project, and the nonpartisan think tank Center for Climate Change and Security.

During the keynote speaker event, Kerry stressed the importance of looking at climate change as a national security threat.

According to Kerry, the climate crisis could lead to massive geopolitical and humanitarian disasters.

“We know that the climate crisis has the ability to be able to produce countless refugees, huge instability, food interruptions, food production interruptions — it becomes a cauldron for extremist organized organizing and proselytizing,” Kerry said. “It could even become an instrument in mass migrations or geostrategic manipulation of populations to go to war or do any number of things.”

During the event, Kerry noted the historic lack of attention paid to the climate crisis by the U.S. intelligence community, which traditionally focuses on espionage as well as domestic and international terror threats.

“I look at the intel — and this is the national annual threat assessment of the U.S. intelligence community here — and I go to ‘Climate Change and Environmental Degradation,’ and there’s literally six paragraphs,” Kerry said.

Kerry said he expects the intelligence community to handle the climate crisis like other existential threats to U.S. interests in the future.

“One, I want to know, the judgments being made — on which we’re being asked to make decisions and to respond — how legitimate are they?” Kerry said. “The second thing I want to know is — if it is indeed the threat it is and we have to respond the way we say we’re having to respond — I want the intel community to tell me as much as I know about my negotiations, as much as I can learn about what each country is in fact thinking, planning, willing to do.”