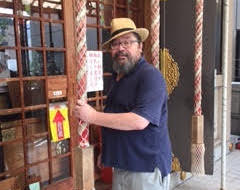 Harvard Anthropology professor Theodore C. “Ted” Bestor died July 1 at the age of 69 after a long battle with cancer.

Bestor, who served as Reischauer Institute Professor of Social Anthropology, was a specialist in contemporary urban Japanese society and culture, with a focus on Tokyo. His major works include books “Neighborhood Tokyo” and “Tsukiji: The Fish Market at the Center of the World.”

Bestor joined Harvard’s faculty in 2001, having previously taught at Columbia and Cornell. Bestor served as chair of Harvard’s Anthropology department from 2007 to 2012 and director of the Reischauer Institute of Japanese Studies from 2012 to 2018.

Anthropology department chair Ajantha Subramanian wrote in an email Sunday that Bestor inherited the chair position during a “very turbulent time” for the department, and responded by “ably and wisely” guiding it through a structural transition. She wrote that he continued to contribute to the department even in the final year of his life.

“Even during the last year of his illness, he remained as active a member of the faculty as he could. The last time I saw Ted was on June 10th when he Zoomed into the doctoral defense of his last PhD student,” she wrote. “We stayed on for an extra 20 minutes to be able to talk with Ted who was his usual wry, philosophical, and engaging self even while struggling for breath.”

“Ted was a teacher, mentor, colleague, and friend to many of us in Harvard Anthropology and we will remember him well,” she also wrote.

Anthropology professor Arthur Kleinman, a longtime colleague of Bestor’s, wrote in an email that he would remember the positive impact Bestor had on the field of anthropology and Harvard.

“Ted was committed in a serious and enduring way to the Department of Anthropology, to Harvard, to Japanese and Asian studies more broadly, and to his students and colleagues,” he wrote. “His presence and contributions, despite the problems of the last few trying years, will not be soon forgotten.”

The recipient of many accolades, Bestor received the Order of the Rising Sun from the Japanese government for his contributions to the study of Japan, as well as a Lifetime Achievement Award from the American Anthropological Association’s Society of Urban, National, and Transnational Anthropology in 2017.

In 2018, Bestor stepped down as director of the Reischauer Institute after a Harvard investigation found he had committed two counts of sexual misconduct — one verbal and one physical — during an interaction with a female professor at a 2017 conference at University of California, Los Angeles.

Bestor told The Crimson in 2020 that he took “full responsibility” for his actions at the conference, calling it a “one-time isolated incident” that he attributed in part to his struggles with alcoholism.

A 2020 investigation by The Crimson also revealed at least two other women had also accused Bestor of sexual misconduct as early as 2013, and multiple people had raised concerns about him to the University’s Title IX office. In response to the reporting, Bestor denied those allegations and said he was unaware anyone had raised concerns about him with the Title IX office prior to the incident at the conference.

Bestor was born in Champaign, Ill. in 1951 and moved to Seattle as a child. He first visited Japan in 1968 when his father taught as a visiting professor in Tokyo.

Bestor is survived by his wife and colleague Victoria Lyon Bestor, son Nicholas, and brothers William and Thomas.