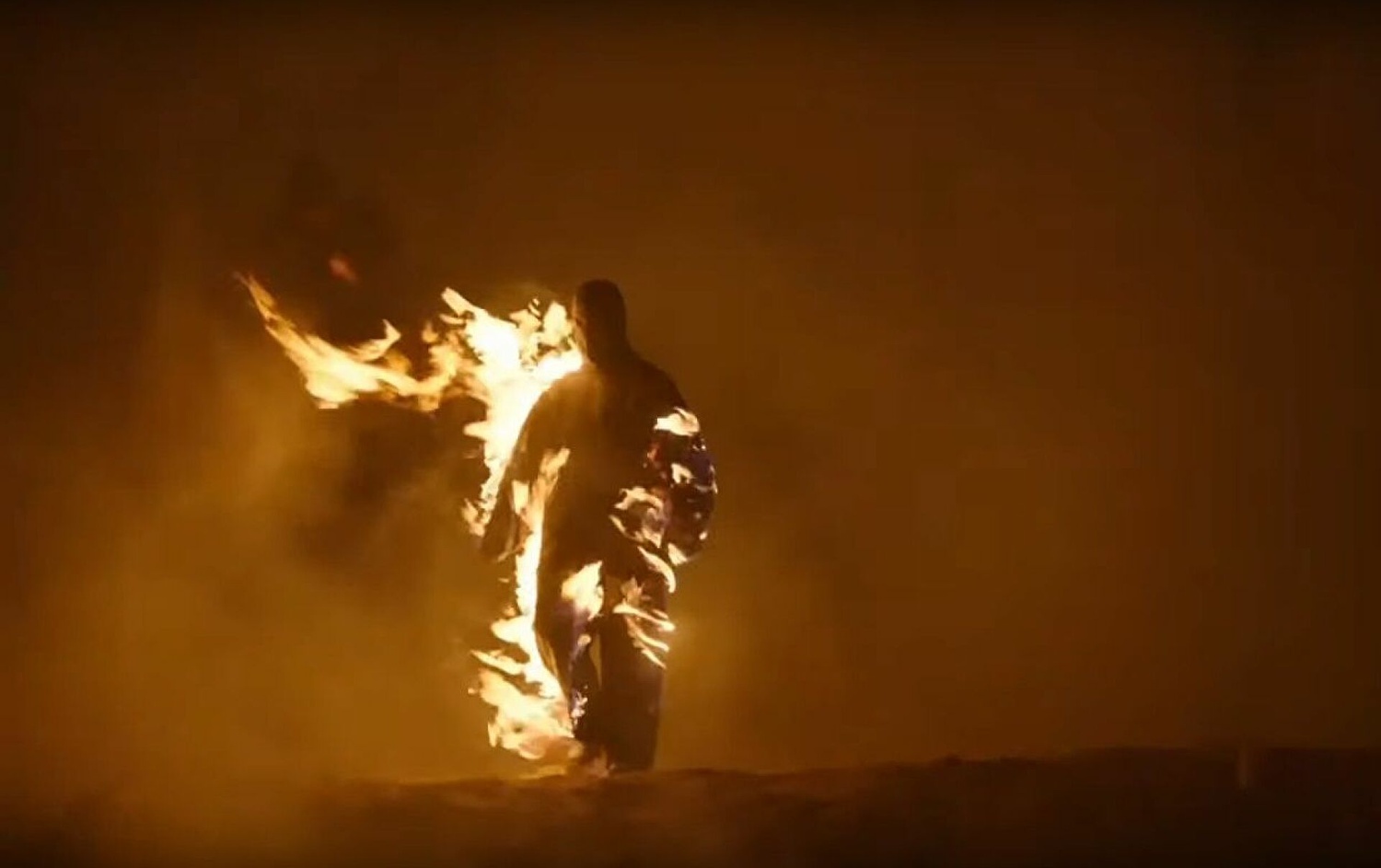 The production, release, and aftermath of “Donda” can be summed up with one image: a hurricane. Intentionally or not, that’s also the title of one of the album's tracks. And, like a hurricane, Kanye West’s raging winds surround an empty hole — the record itself.

It is tempting to view “Donda” as a provocative series of publicity stunts, instead of as a traditional album. These stunts include, but are not limited to: a feud with the legendary rapper Drake, a filed name change from Kanye West to Ye, a staged wedding with West’s ex-wife Kim Kardashian, and West setting fire both to himself and a replica of his childhood home.

“Donda” was originally scheduled for release on July 23. Then it was pushed to Aug. 6. Wait, no — scratch that — it was delayed until Aug. 26 when it finally came out — oh, it didn’t? It was postponed again. Shortly after, on Aug. 29, “Donda” was finally made available to the masses. That is, until West lashed out at his record label, Universal Music Group, for releasing the album without his authorization.

For such a highly anticipated album, the actual content of “Donda” is quite lackluster, with only a few memorable songs. Many critics were quick to point out that “Donda” isn’t West’s finest work. In fact, the album has a lower rating on Pitchfork than the album “Peppa’s Adventures” from the British cartoon “Peppa Pig.”

Still, mixed reviews aren’t stopping people from listening to “Donda.” After its release, many of “Donda”’s songs rose to the top of the charts on streaming services, topping the US Billboard 200 and achieving a record-breaking number of streams on Apple Music and a second-highest debut on Spotify.

However, the substance of “Donda,” which is mediocre at best, might not be the driving factor behind record-breaking sales and streams. It seems that the success of West’s album has less to do with the music and more to do with the spectacle of West himself.

Among the numerous tweets under the twitter hashtag #“DONDA,” you will find tweet upon tweet about West himself, from both fans and critics. There are tweets about everything from Kanye’s feud with Drake, to how popular West is on the charts, to merciless trolling of West. Surprisingly little is said about the rapper’s actual music.

“Donda” is a perfectly ordinary album. Were it not for West’s barrage of publicity stunts, would anyone want to listen to it? It seems its his fame, or rather infamy, that has already turned the album into a hit, making West millions. Clearly, “Donda” has been worth it for West; what’s less clear is if it’s worth it for listeners.

—Staff writer Beatrice H. Youd can be reached at beatrice.youd@thecrimson.com.