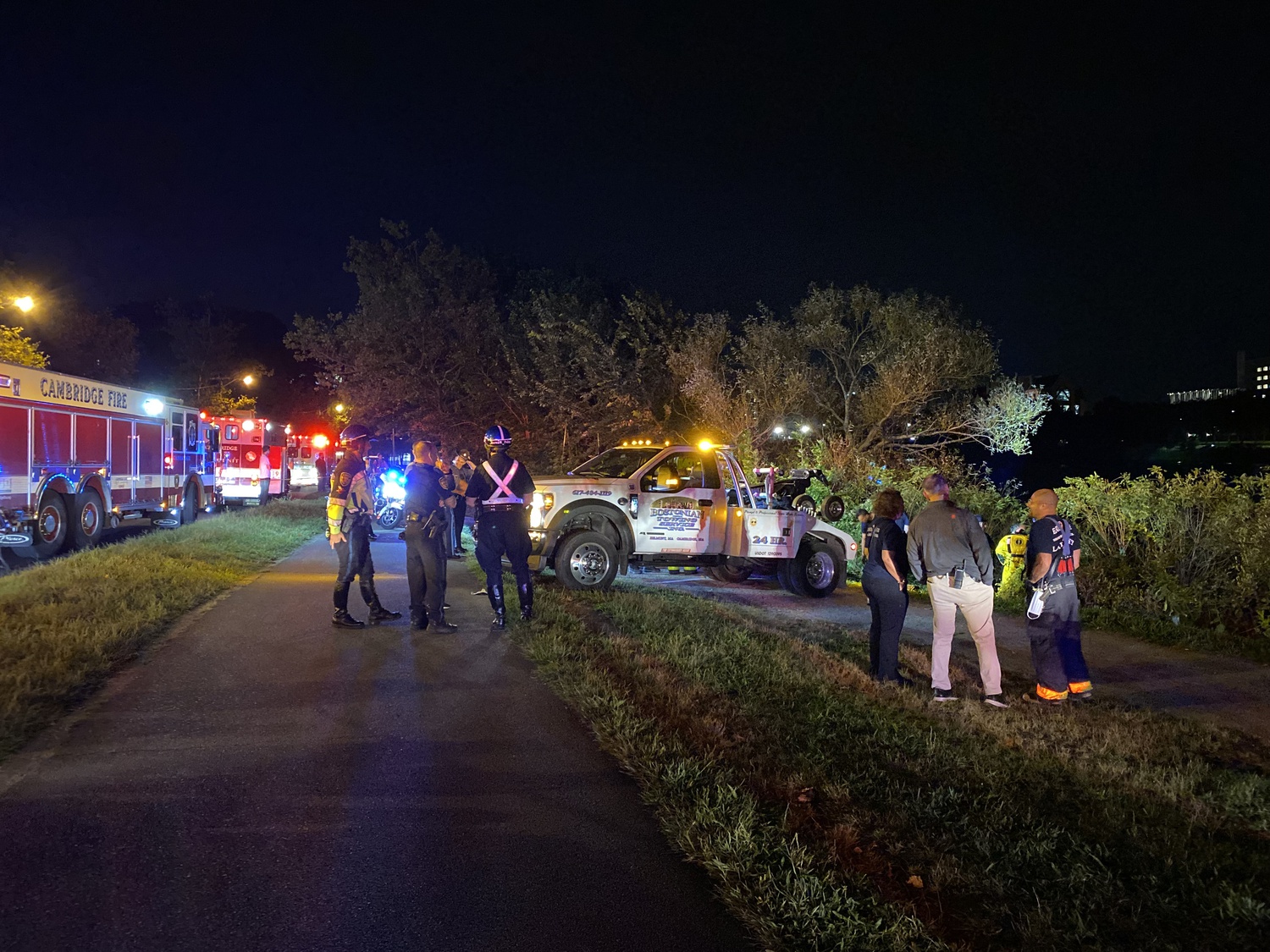 A man drove into the Charles River near Mather House Monday evening after losing control of his vehicle.

The man was the sole occupant of the car and was able to escape the sinking vehicle after the Northeastern University crew team assisted him, according to Cambridge Police spokesperson Jeremy C. Warnick.

The crash occurred on Memorial Drive near the intersection with Flagg Street. The car was fully submerged when the Massachusetts State Police arrived on the scene, MSP spokesperson David Procopio wrote in an email.

The man was taken to the hospital “for evaluation of possible minor injuries,” according to Procopio.

Procopio wrote it was unclear what caused the car to go into the river Monday, but Warnick wrote that it “appeared to be the result of a medical episode/incident.”

An hour after the incident, more than 20 police officers, firefighters, and emergency medical personnel remained on the scene as crowds of onlookers gazed from behind barricade tape and across Memorial Drive.

Back Bay resident Mark McDermott said he witnessed the accident during a jog.

“The vehicle — I think it was an SUV-looking thing — bumped over the curb and went flying into the river, narrowly missing a woman and her child,” McDermott said.

“The vehicle stayed afloat for a while,” he continued. “And then the window goes down, and I see a hand wave.”

McDermott said a passing motor boat from the crew team approached the car, threw the man a life jacket, and pulled him out.

“It seemed like as soon as he got out of the water, the thing just sank — kind of a nick-of-time rescue,” he said.

The boat that rescued the driver brought him to shore near John W. Weeks Memorial Bridge, according to McDermott.

Officials were working to remove the car late Monday evening. The Massachusetts State Police’s Marine Unit was on the scene with chainsaws, and scuba divers and a tow truck attempted to recover the vehicle.

Warnick wrote in an email that Massachusetts State Police took jurisdiction over the accident, as the Charles River is state jurisdiction.

In August, another man drove off Memorial Drive into the river just up the street, at the intersection with Western Avenue, after a truck hit his vehicle. The sole occupant of the submerged station wagon was also rescued by the safety boat of a local college crew team.