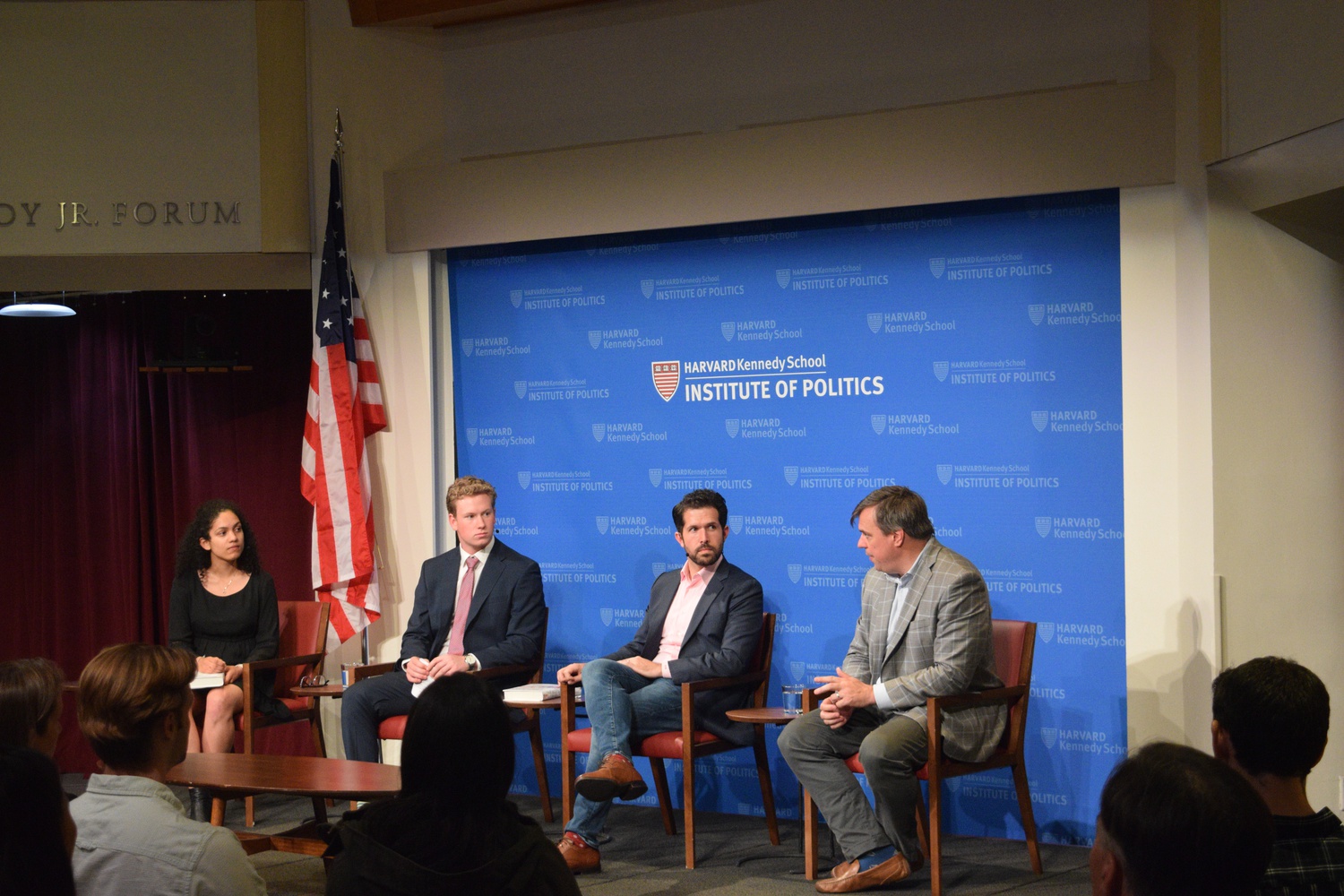 Political journalists Jonathan Martin and Alexander I. “Alex” Burns ’08 discussed the aftermath of the Trump presidency and the 2022 midterm elections at a Harvard Institute of Politics forum on Thursday.

Martin, a New York Times senior political correspondent, and Burns, an associate editor at Politico, discussed their new book, “This Will Not Pass: Trump, Biden, and the Battle for America’s Future,” which includes reporting on the runup to the 2020 presidential election and the first year of the Biden administration.

The journalists discussed former President Donald Trump’s influence on the Republican Party as he weighs another presidential run in 2024.

“I think we’re certainly not in a post-Trump era, as far as we can tell right now,” Burns said during the event. “But I think there are a lot of reasons to believe that he individually is on the decline politically.”

Martin said GOP voters’ embrace of figures such as Florida Governor Ron DeSantis is an indication that the party may be ready to “get on to the next thing.” But the future of the GOP is “not going to be a rejection” of Trump’s politics, he said.

“It’ll be more of an extension of it than anything else,” he said.

Martin said Trump “looms over every campaign” in the 2022 midterms, even though he is not on the ballot.

“Traditionally, the reason that the party out of power does well in midterm elections is because they’re able to prosecute a referendum-style campaign on the party that does have power,” Martin said. “That’s been complicated this time around because the shadow of Trump looms so large that it’s not a pure referendum, because voters are still thinking about the last guy in office, who wants to run again.”

Burns and Martin also discussed how Congress has functioned since Trump left office in 2020. When Trump was in the White House, Burns said, many Republican lawmakers were in “survival mode,” trying “to stay one step ahead of the sort of cyber bully who runs their party.”

Now, he said, they have the “breathing room” to work on policy issues more.

The Senate has passed several bipartisan pieces of legislation since Biden took office, including an infrastructure bill in November 2021, gun legislation in June 2022, and an expansion of health benefits for veterans in August 2022.

Martin said Congress has been successful in passing more legislation over the last two years because of a “pent up feeling in the Senate, in both parties, of, ‘Why am I here?’”

“The Senate Republican conference is still reflective of a pre-Trump era,” he said. “You’ve got lawmakers who are plenty conservative, but they’re just not Trumpists. They want to make laws.”

But, Burns said, the policy accomplishments of the last two years are not breaking through to many voters.

“I think that everybody — from the far left to the center-left to the center and the center-right — has had this sense that, ‘If we could just get some stuff done, the American people would reward us for that in one way or another,’” Burns said. “And I think there’s not a whole lot of evidence that that’s likely to happen in this election.”