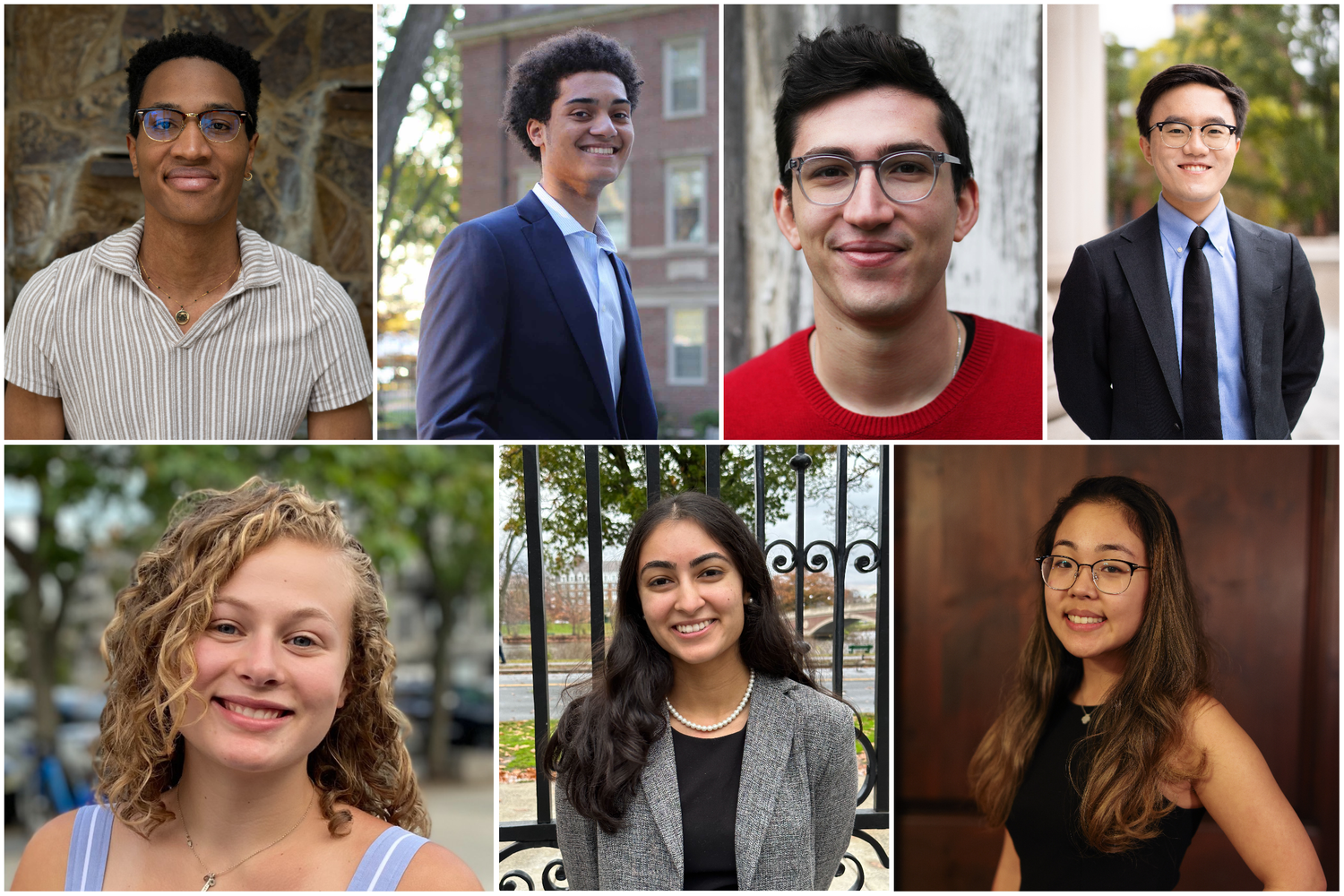 Seven members of Harvard’s Class of 2023 have been selected as Rhodes Scholars to pursue postgraduate studies at the University of Oxford.

The prestigious award, established in 1902, allows students globally to pursue postgraduate study at Oxford. This year, 2,500 students applied in the U.S. for 32 allotted slots.

For the fourth straight year, Harvard College produced the most American Rhodes Scholars. Yale had the second most this year, with five.

Harvard has produced 385 American Rhodes Scholars since the first Americans received the prize in 1904, followed by Yale with 263.

This year’s application cycle marked the third straight year students from the U.S. participated in the application process virtually, but it resumed in-person for some regions globally. Montague-Mfuni, a Crimson Editorial editor who serves as the newspaper’s Diversity and Inclusivity chair, had to fly between the U.S. and South Africa.

Finalists from each of the 16 Rhodes Scholarship districts in the U.S. met over Zoom on Saturday for a final round of interviews. The finalists remained in a Zoom room together for hours as deliberations occurred.

“We had some really good conversations that covered a lot of different facets of life,” said Brian H. Wee ’23, a Chemical and Physical Biology and Government concentrator who lives in Lowell House. “We ended up making origami as well, using different tutorials that we found on the web.”

Once the recipients for a district had been decided, the deliberators announced the two recipients on the call.

“I think my entire body just kind of clenched and then immediately after my thought was, ‘Did I hallucinate my name?’” said Amisha A. Kambath ’22-’23, a Social Studies concentrator who lives in Dunster House. “Immediately the next question was, ‘Oh, my God, I don’t know how to verify they actually did say my name.’”

Tessa K. J. Haining ’23, a Chemistry and Comparative Literature concentrator in Adams House, said her first thought was to tell her parents.

“Even as much of an adult as you think you are, you’re always still there just wanting to tell your parents,” she said.

Recipients said the application process provided an opportunity to reflect on their own character and motivations.

“It firmed up a lot of my own thoughts and feelings on what I wanted to study and the direction I wanted to go,” said Montague-Mfuni, a Dunster House resident who concentrates in Psychology.

“When you apply for a special concentration, you really have to have a pretty definite sense of self,” he said. “The wonderful folks at the Office of Special Concentrations make sure that you have that sense of self and I think that that’s really useful for Rhodes.”

The seven students will study a range of fields at Oxford, from Biology to History of Science, Medicine, and Technology.

Lauren Kim ’23, a Chemistry concentrator in Eliot House, said that as a prospective medical school applicant, she wants to spend her time as a Rhodes Scholar understanding medicine “from more than just a scientific angle.”

“I want to study medical anthropology at Oxford to sort of talk to people from other disciplines about how they see health care sort of fitting into their profession and their lives,” she said.

The students will start their studies in the UK in fall 2023.

“I still have to finish my topology p-set, so some things never change,” said Isaac A. Robinson ’22-’23, a Math and Computer Science concentrator in Eliot House. “Nothing fundamentally different from yesterday. Everyone’s the same person. The world goes on, but it’s definitely a good cause for reflection.”

The Rhodes Trust will announce awards from its remaining constituencies across the globe in the coming weeks. Last year, two Harvard students received the Canadian Rhodes Scholarship.

— Staff writer Rahem D. Hamid can be reached at rahem.hamid@thecrimson.com.