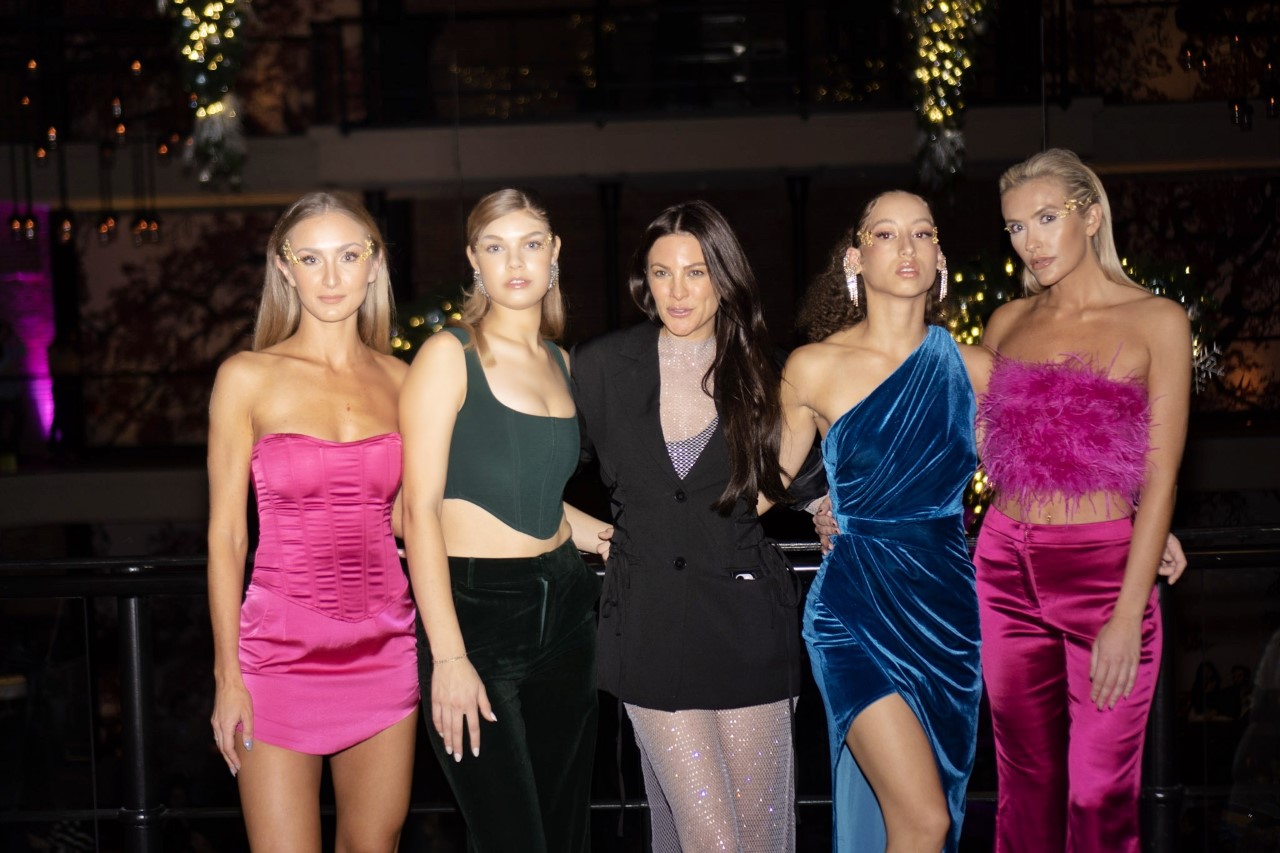 The Liberty Hotel embraced the holiday season in the latest Fashionably Late Thursdays fashion show with effortlessly glamorous styles from Bobbles and Lace. The show, in the Liberty’s richly decorated lobby, was a celebration of the vibrant elegance of Boston’s fashion scene, featuring shimmering and sleek holiday looks from Bobble and Lace’s new holiday collection. With the distinctly luxurious feel of the designs and venue, the night’s focus on accessible luxury was a refreshingly unexpected approach to fashion.

The Liberty’s Late Thursday shows stand apart from other fashion endeavors, as they used an interactive format to bring fashion eye-to-eye with the guests. This innovative take on the fashion show focuses on exploring everyday paths anew. Redefining ordinary spaces as potential runways, the show saw models ascending escalators, strutting through the crowd, and posing atop concierge desks to the live music of DJ Frank White. The models initially caught the audience’s attention as they posed around the hotel’s impressive circular balconies before appearing in the audience’s space on the lower level for an up close and personal look. Audience members crossed paths with models, laughing or blushing in surprise as they caught the spotlight. The unconventional catwalk format facilitated a direct conversation between fashion and guest: Attendees were often unknowingly welcomed into the show itself, the high pressure of high fashion dissipated for a more engaging and friendly atmosphere. Guests were invited to envision themselves in the models’ place, perhaps tracing their paths as the most exquisitely dressed at a holiday party.

Even the venue itself was anything but conventional. Originally the Charles Street Jail, the layered balcony space under a reclaimed lofty rotunda begs for a second look. Upon closer inspection, one could see features like original cell bars still intact and displayed around the hotel. The former prison space has been coaxed into the perfect sleek venue for a late night fashion show, old cells and guard watch stations mingling with vibrant lights and brilliantly illuminated hanging trees. Such rediscovery of the building’s potential served as an apt backdrop to the night’s theme of rediscovering the meaning of high fashion.

It was only fitting that the show removed the barriers between spectators and fashions, as this goal is shared by Bobbles and Lace owner Lindsay Rando. Rando insisted that fashion need not be taken so seriously or offered at serious prices. “It’s about fun fashion, affordably,” Rando said. “It’s there to make you feel good.” Indeed, the festive air of the night lent credit to her claim.

Having been at the center of the spotlight at four fashion shows at the Liberty Hotel now, Bobbles and Lace is now turning to unveil their holiday collection at nine locations from Portland, Maine to Westport, Connecticut. Three rounds of four looks from the new collection were selected for the show, displaying a practical versatility of occasion and style. Looks ranged from understated silky cocktail dresses to sparkly skirt and pants sets sure to set the wearer apart this holiday season. Take the classic festive style of the Gift Wrap Dress or the eye-catching fun of the Fair Feather Friend Top, for example. Sleek satins and rich faux feathers boasted by the designs strike a satisfying balance of unique and trendy. Quality materials supplement Bobbles and Lace’s innovative variations on the season’s hottest trends, noted by the audience’s rapt attention and the occasional delighted gasp at each of the twelve looks showcased.

Thursday’s show also featured the final “Get the Look” beauty bar of the Late Thursdays line-up. The makeup pop-up was hosted by Flyte 7.0, a company reinventing age-positive luxury makeup looks for the modern woman. As founders Carolyn Barber and Elena Frankel explained, the inspiration behind the makeup was simply growing older. No longer finding makeup products catered to their age, they created Flyte 7.0 as an accessible and practical line for everyday people — a message of attainability which was echoed throughout the night.

Fashionably Late Thursdays are hosted every Thursday from 10:00 to 11:00 p.m. through Dec. 15. Details and RSVP are available here.