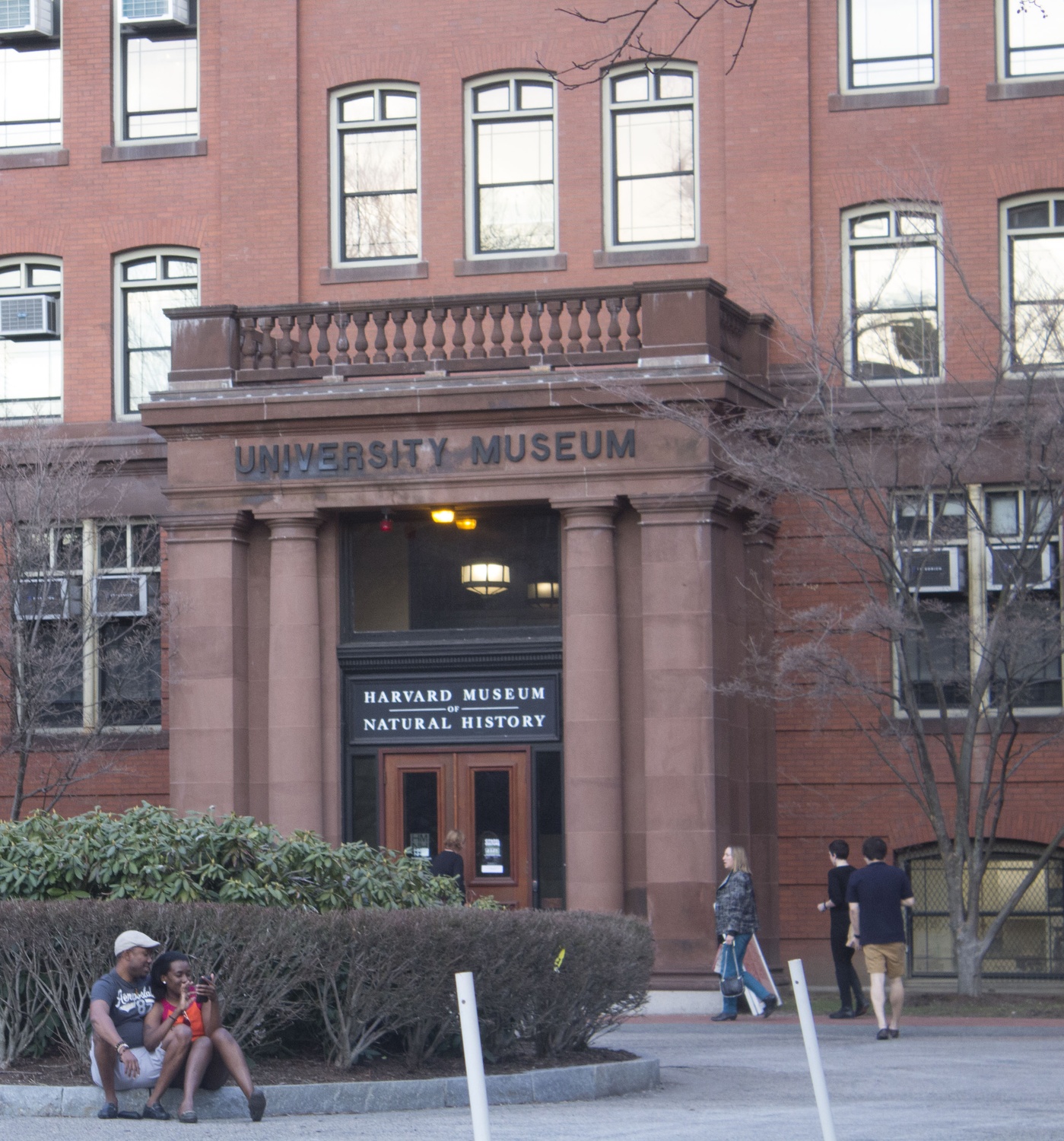 A panel of artists and scientists explored the intersection between art and botany in a Harvard Museum of Natural History event on Thursday. By Sidni M. Frederick
By Sally E. Edwards, Jasmine Palma, and Austin H. Wang, Contributing Writers

A panel of artists and scientists involved in creating an exhibit on the plant collection of Henry David Thoreau, Class of 1837, explored the intersection between art and botany as a means to inspire conversation about climate in a Harvard Museum of Natural History event on Thursday.

The exhibit “In Search of Thoreau’s Flowers: An Exploration of Change and Loss,” which opened in April, featured multimedia installations of Thoreau’s original specimens, marking locally extinct and endangered plants.

The event focused on an exhibit of plant specimens from the Harvard University Herbaria and Botanical Museum collected by Thoreau, an American naturalist, from his retreat near Walden Pond.

“Thoreau’s collection is a botanical time machine that exists in combination with his extensive notes about where and when his specimens were collected,” said University of North Carolina associate professor Leah J. Sobsey, an artist whose work features in the exhibit.

Hundreds of specimens in Thoreau’s collection have been digitized by volunteers and scientists at Harvard’s Botanical Museum. Charles C. Davis, professor of Organismic and Evolutionary Biology at Harvard and another panelist at the event, said data gathered “across the seasons and over years” are the “gold standard” for examining how plants respond to climate and credited Thoreau for starting the data collection.

“Having this macro-evolutionary perspective and framework really helped to bring a lot of these connections into shape,” Davis said. “It connected climate change response in a new way here in New England that had a broad and important impact.”

The project’s new media designer, Robin Vuchnich, said she saw the exhibit as an opportunity to “breathe a little sign of life back into the specimens,” effectively “providing visual evidence of climate change” in a video broadcasted at the event.

More than 25 percent of species from Thoreau’s plant collections are now locally extinct, according to Vuchnich.

Panelist Emily K. Meineke, an assistant professor at the University of California, Davis who supervised the scientific dimension of the exhibit, said it visually portrayed the impacts of climate change on local biodiversity.

“The idea was, ‘How do we bring beauty into the mix to crack people open and make these problem seem like something they can talk about?’” she said.

The exhibit featured wall displays of cyanotypes, an early photographic technique which creates a Prussian Blue print of plants. Locally extinct and declining species were marked in darker shades of blue to demonstrate their “severe decline,” according to Harvard OEB professor Elena M. Kramer, who moderated the event.

The panelists agreed that this process was just as much scientific as it was artistic.

“Our interdisciplinary team behind ‘In Search of Thoreau’s Flowers’ emerged from the strong belief that art and science can and should be in conversation to explore difficult issues,” Sobsey said.

Sarah Dendy, an audience member and second-year Ph.D. candidate in the Harvard OEB department, said she appreciated the more local focus of the exhibition.

“There’s some humility and authenticity for approaching a problem that’s this direct and close to home,” she said.

Dendy said she felt the most salient part of the discussion was when the creators reflected upon the varying experiences audiences had with the exhibit, especially how children did not necessarily understand its “themes of loss.”

“An element of the adult experience is to see that the kids don’t share this lost history and to realize that the changes we’re seeing will affect them, even if they don’t realize,” she said. “I found that very moving.”