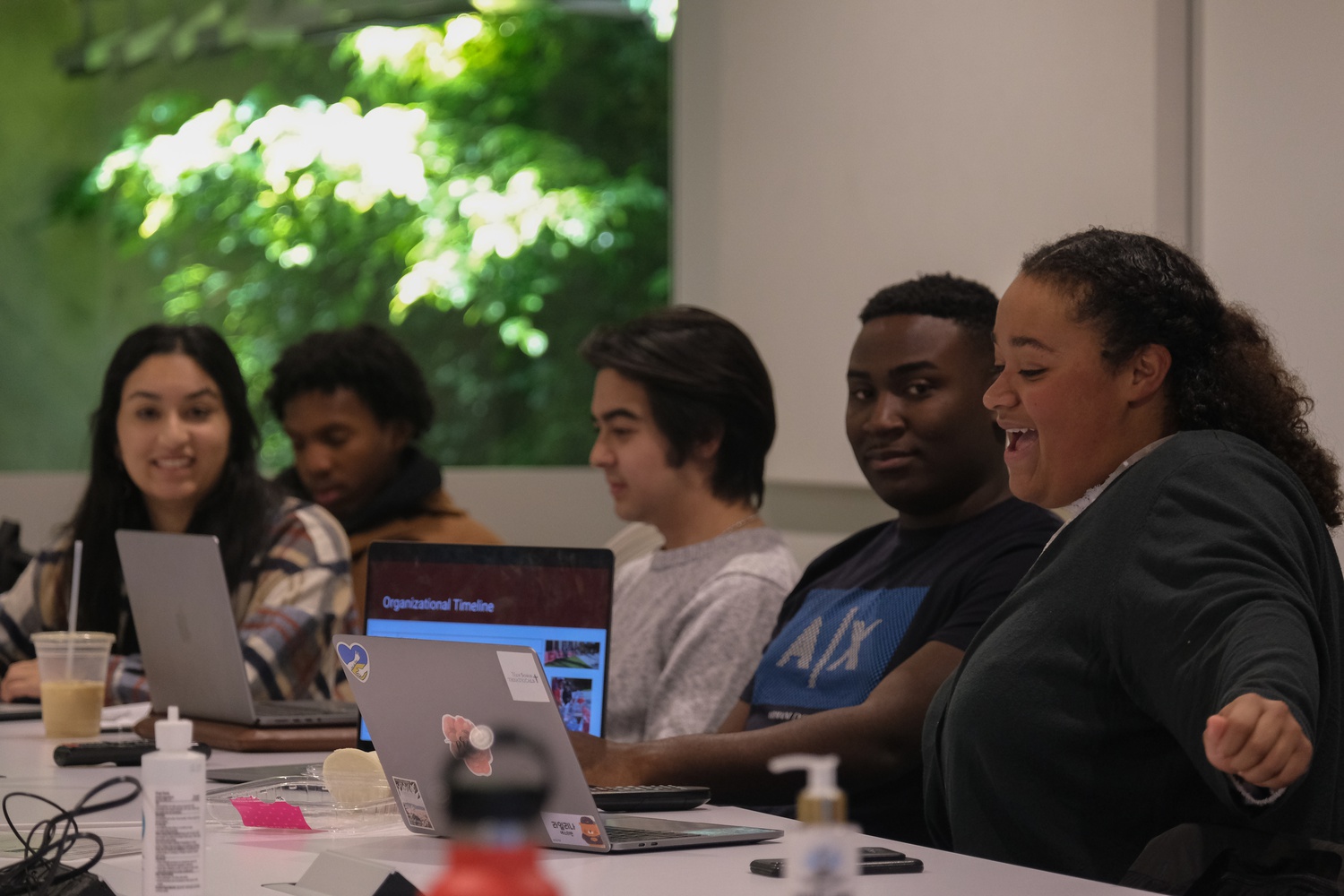 During its weekly meeting Sunday, the Harvard Undergraduate Association reflected on several recently completed projects, including a Declaration Day event and the debut of a turkey mascot at Saturday’s Harvard-Yale game.

HUA Co-President LyLena D. Estabine ’24 praised the new mascot initiative as a success, deeming it a “great catalyst” for student spirit and input.

The HUA asked passersby to vote on their mascot preferences by placing ping pong balls in labeled bins at a tailgate for undergraduates before Saturday’s game.

Options included the turkey, a lobster, and Remy the cat, a local housecat that frequents Harvard’s grounds. Students crowned Remy the winner by a wide margin.

Estabine said the HUA will coordinate with Remy’s owners and Harvard Athletics to honor the students’ wishes, though the next steps for adopting the new mascot were unclear.

HUA officers also celebrated the completion of another pilot project — Friday’s Declaration Day event — which commemorated the deadline for sophomores to declare an academic concentration.

The celebration welcomed students and faculty to the steps of Memorial Church for refreshments and photo opportunities. 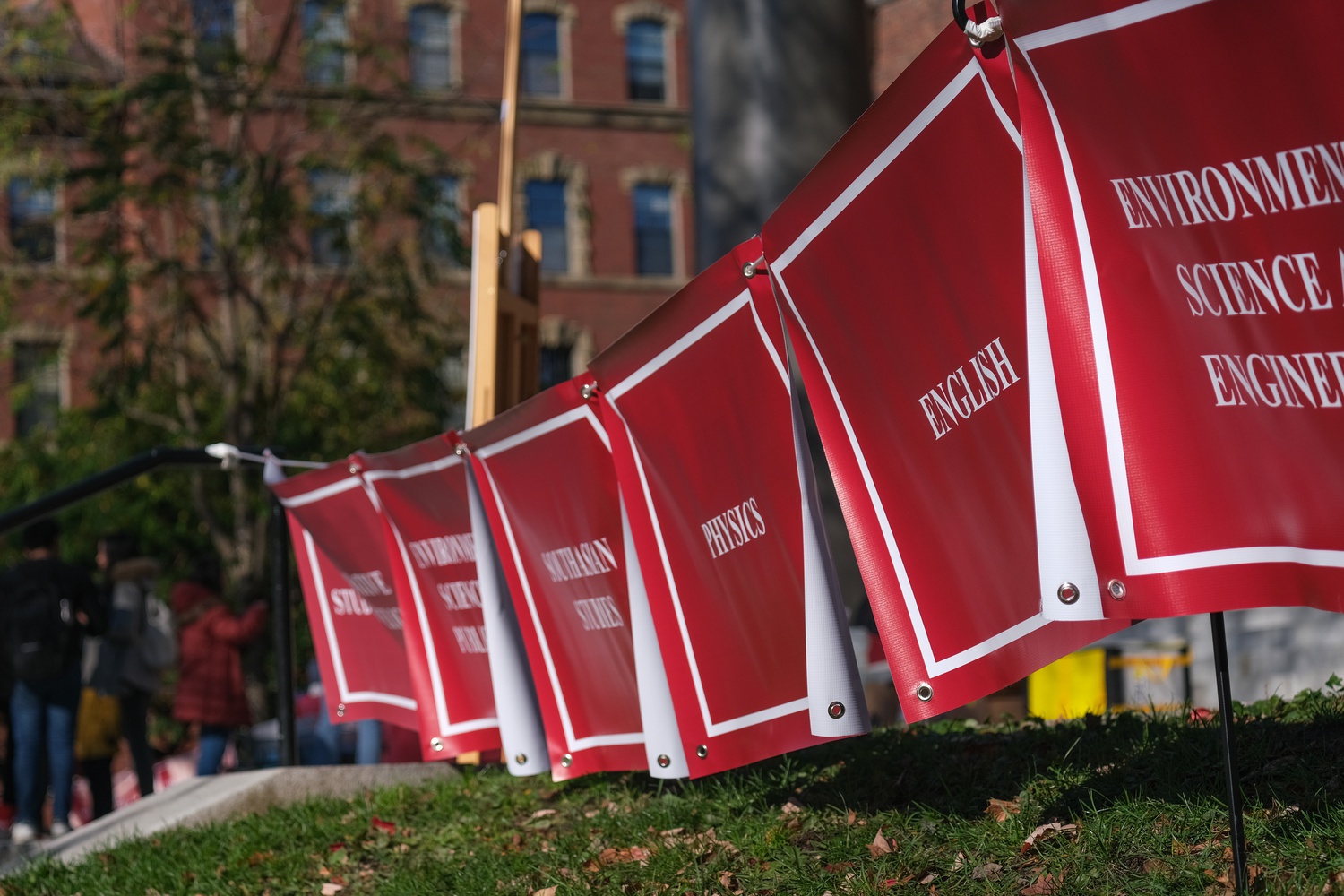 Banners celebrated each of Harvard's academic concentrations at the Declaration Day event. By J. Sellers Hill

Speaking at the event last week, Estabine clarified that it was not intended to replace house or concentration-specific Declaration Day celebrations, but instead serve as a “kick-off” event.

“Last night at midnight, all of the concentration declarations were due,” Estabine said. “This morning is a way to say ‘woohoo you did it!’”

Academics Officer Shikoh M. Hirabayashi ’24-’25, who oversees the team that coordinated the event, said his goal was to facilitate interaction across academic fields. 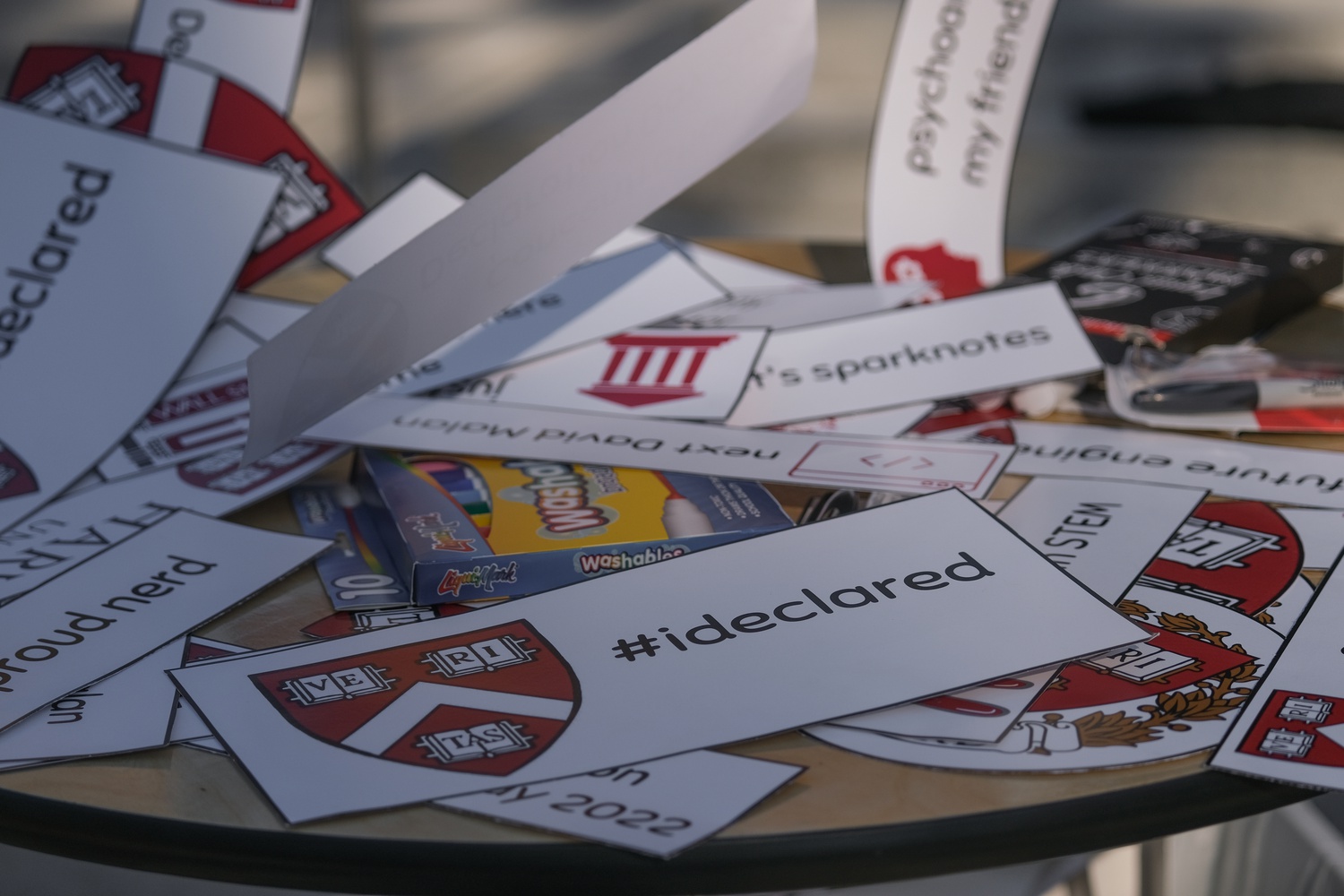 Themed placards were available for use in photo ops at Friday's windy Declaration Day Event. By J. Sellers Hill

At Sunday's meeting, HUA members also discussed proposals to reduce the financial burden of textbooks, including an idea to facilitate book donations. The HUA ultimately voted to return the proposal back to the Academic Team for further deliberation.

Only one more general meeting is slated to take place this year, on Dec. 4th.