Harvard Authors Spotlight: Mattie Kahn and the Greatness of Girls 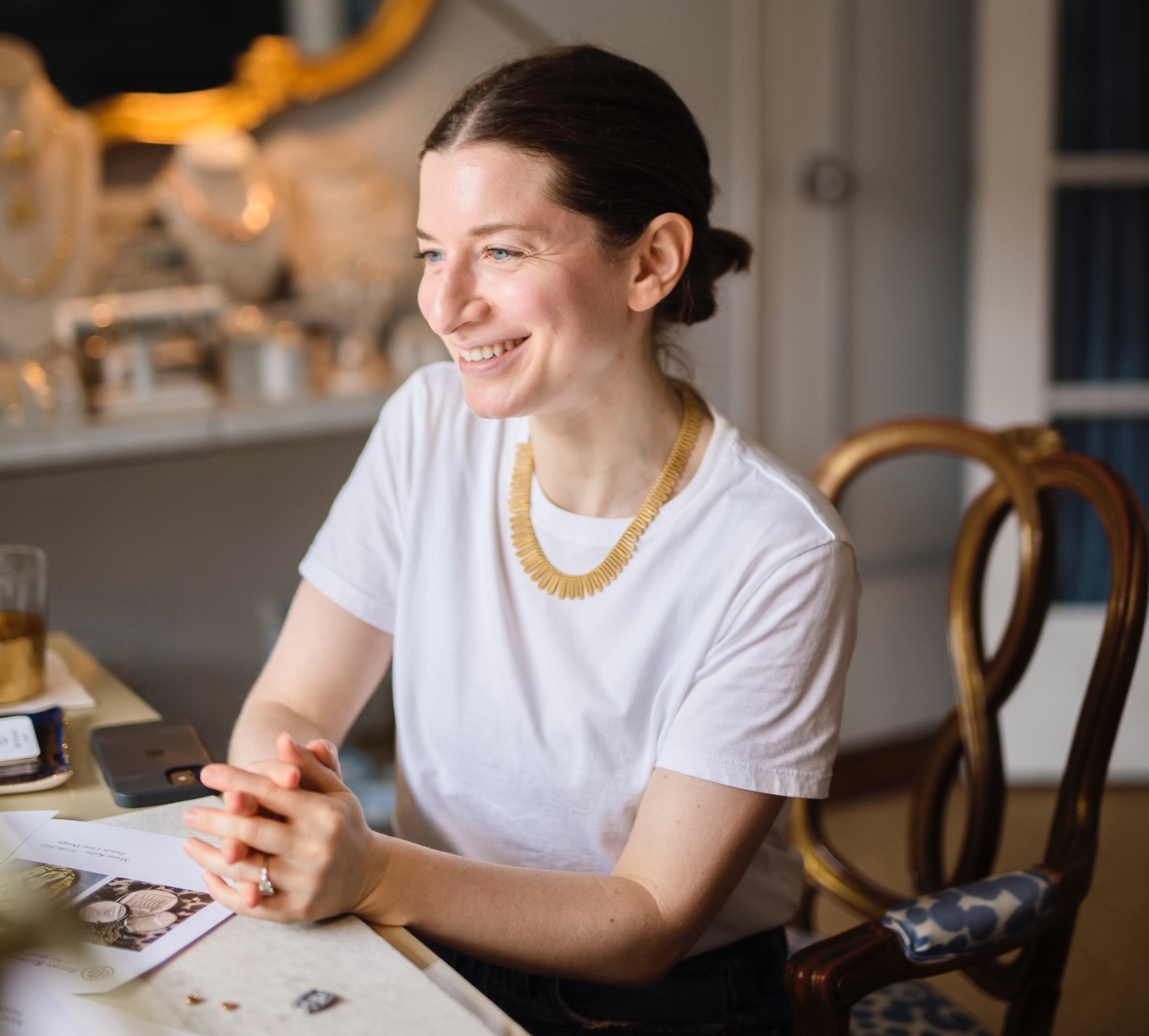 Author Mattie R. Kahn ’15 recently sat down with The Crimson to discuss her debut book, "Young and Reckless." By Courtesy of Mattie Kahn
By Marley Dias, Contributing Writer

Mattie R. Kahn ’15 cares about girls — and she thinks you should too. Her debut book, “Young and Reckless: The Girls Who Sparked America’s Revolutions,” set to release on June 13, 2023, chronicles American social movements and their common denominator — teenage girls committed to justice.

“Young and Reckless” raises questions about why girls have been tasked with leading community service throughout American history, a phenomenon Kahn first noticed interviewing climate activists for Elle. She noticed how women dominated the justice space and began to explore how and why young women and girls held principal roles in the movements she wrote about. The book takes readers through the 1830s labor movement, women’s suffrage, the Civil Rights Movement, Black Lives Matter, and climate protests today.

Kahn worked at Elle as a staff writer from the fall of 2015 and later transitioned to be a senior editor and culture director of Glamour Magazine from 2018 until her departure in November of last year.

Her time at Elle began at Harvard while she was covering the band Pussy Riot in 2014. While the group originally refused to be interviewed, Kahn was able to snag an interview after an incident at the JFK Forum at the Institute of Politics. The band members demanded the release of a graduate student who had been detained by local police for trespassing on Harvard property, as he had been banned from campus earlier in May for protesting. This incident gave Kahn a unique opportunity to visit the Cambridge Police Department for an inside scoop. Her first story was published in Elle on Sept. 16 of that year and titled “A Night in Jail With Pussy Riot.”

While finding joy in her beginning at Elle, in typical Havard alumni fashion, Kahn vacillated between whether she could pursue writing or other fields. “I really did not know, I thought, ‘Should I do consulting recruiting?’” she said.

A History & Literature concentrator and former Kirkland House resident, Mattie thanks her time at Harvard for “allowing me to feed my curiosity.” She learned how to navigate JSTOR, and took classes with Pulitzer Prize winner Louis Menand and historian Jill Lepore.

“I think the most valuable thing I got out of my classes was the permission to ask people questions,” she said.

Within a year of leaving her post at Glamour, Kahn had a book review of John Pompeo’s “Blood & Ink” and a think piece on balloons printed in the New York Times. She also profiled Aid Access founder Dr. Rebecca Gomperts for this year's Glamour Woman of the Year and wrote a cover of First Lady Dr. Jill Biden for Harper’s Bazaar in May.

Kahn credited Leah Chernikoff, former digital director of Elle, with giving her her first professional opportunity, and creating a space that helped Kahn grow as a writer and woman. At Elle, Kahn was able to go head-first into the 2016 election coverage. She also worked alongside women like Nikki Ogunnaike, Sally Holmes, Gena Kaufman, Julie Schott, and many other talented writers who have ascended professionally to new heights for women in media.

Kahn described her former team at Elle as “The Avengers,” she said. “It shall never be reconstituted…that team taught me to just go for it.”

Working in women’s media gave Kahn the access that informs “Young and Reckless.” By having a diverse and supportive environment centered around women’s stories, Kahn had already examined many of the issues her book chronicles.

However, she was not ready for the transition from a professional question-asker at Glamour and Elle to a 1,000-words-a-day author.

It was “absolute horror,” she jokes.

Kahn managed with a savvy writer’s toolkit. She would break her writing into smaller and more manageable chunks and break the movement into distinct eras. She also cites her dog Marvin, a rescue she and her husband Jason Hellerstein ‘15 adopted over the pandemic, as another key to writing success. 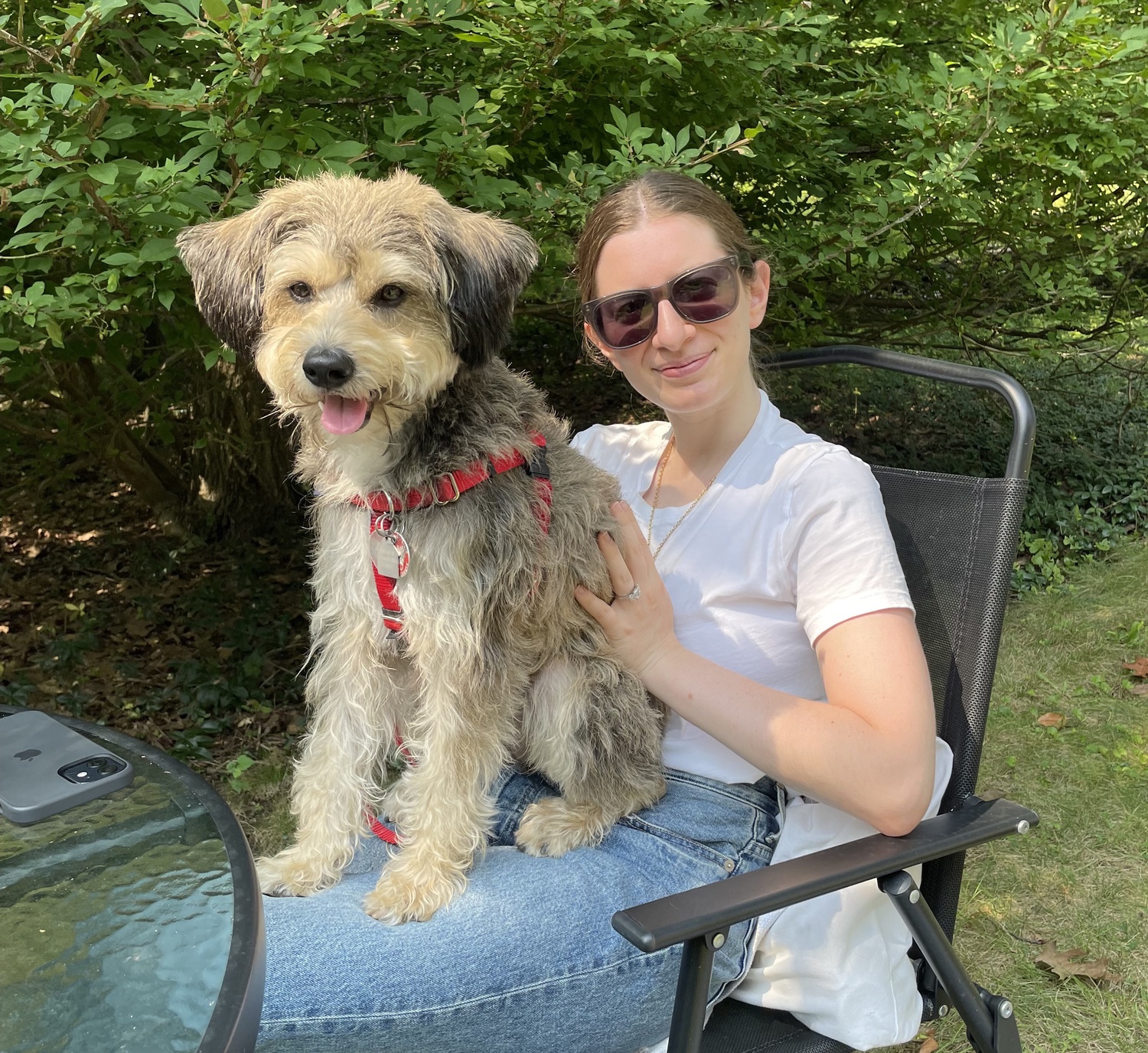 Kahn poses with her dog, Marvin. By Courtesy of Mattie Kahn

Kahn thanked the Bravo TV “The Real Housewives” franchise for being the perfect way to relax when struck by writer’s block. She would also call her mom to talk out ideas when writing during lockdown. Lastly, citing her sources as she wrote — a trick she learned while at Harvard — and a thesaurus helped round out a smooth writing process.

While writing “Young and Reckless,” one of the unsung heroes Kahn discovered was Mabel Ping-Hua Lee, a Chinese women’s rights activist and minister in the early 20th century.

“Why did it feel worth it to her to advocate for and care about people who were not extending her the same grace?” Kahn asks of Ping-Hua Lee. “She had her eyes on a bigger prize… every step forward was going to be a step for women.”

According to Kahn, “Young and Reckless” is a celebration of women like Lee while simultaneously pushing readers to consider the unique pressures placed on girls. Clearly Kahn’s interest in activism and political expression, the basis of her debut book, began before her time at the College, but has evolved to encompass the often underrepresented multitudes of womanhood.