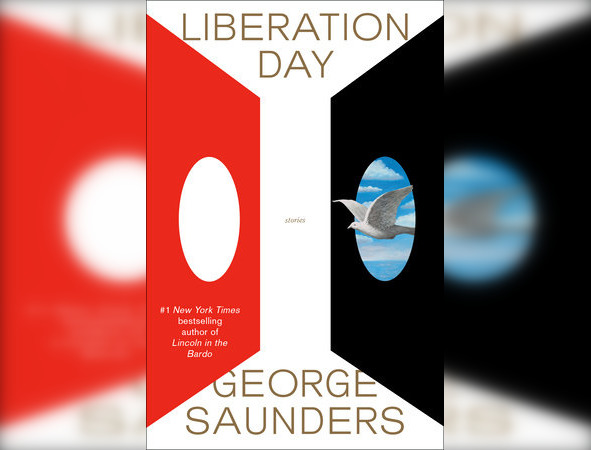 The author of 11 books, renowned short story writer George Saunders never runs out of insightful observations and nuanced social commentary. In his latest book, “Liberation Day,” Saunders set out to occupy the median between the arbitrary delineation of right and wrong, drawing out fully formed characters that speak from that murky area. He succeeds in his mission to humanize all his characters, despite their questionable actions and ways of thinking, with lucid prose.

Nine short stories make up “Liberation Day.” They wrestle with themes of political strife, economic inequality, domestic unrest, and the meaning of life. Through these stories, Saunders suggests that the past chases everyone; no one can outrun themselves or their history. In the collection’s final story, “My House,” the speaker wallows in regrets and unfulfilled desires. At death’s door, the speaker addresses his adversary in an imaginary letter: “I am all but gone. My idea of your wrongness will go with me.”

George Saunders’s greatest strength is finding humanity in every character. He draws no distinction between good and bad; rather, he operates in the space between this opposition. His characters treat each other badly, care for one another, and make sacrifices. Their decisions reverberate through their communities.

In trying to be a good mother and a good writer, the deeply unsatisfied protagonist of “The Mom of Bold Action” becomes obsessed with her own guilt after causing the injury of another character. She struggles to let go of this event, which occupies her mind through the rest of the story. Saunders captures her narcissistic guilt well. In a creative attempt to ease her conscience, she imagines the injured character offering forgiveness: “And there it was: forgiveness. That’s what forgiveness was. He was her. Being her, he got it all, saw just how the whole thing had happened.”

“Love Letter,” the third story in the book, is perhaps the most haunting of the collection due to its dystopian nature, restrained expression of love, and proximity to reality. The epistolary piece is written from the perspective of a grandfather to his grandson in a dystopian future. Saunders voices the grandfather’s regret about his inaction and complicity in the degraded state of the world: “Our lives had not prepared us for extremity, to mobilize or be as focused and energized as I can see, in retrospect we would have needed to be. We were not prepared to drop everything in defense of a system that was, to us, like oxygen: used constantly, never noted.”

Saunders captures the spiral of regret, made all the more intense by love and the realization that an unknowable future will continue on past one’s life. He speaks to the current political moment through the voice of the grandfather doing what he can to endorse a better future.

The characters’ comedic tendencies bring out the absurdity of their dystopian worlds. Saunders uses this humor to comment on power structures or belief systems without sounding superior. In “The Mom of Bold Action,” for instance, Saunders personifies a can opener through the voice of the protagonist trying to achieve her dreams of writing: “Why was she holding a can opener? Hmm. That could be something. ‘The Trusty Little Opener’ Gerard the Can Opener was a dreamer. He wanted to open BIG things. BIGGER things. The BIGGEST things.”

Saunders creates a lucid tone in his most absurd pieces by reducing his language to its simplest parts. He transcends conventional grammar, pushing the bounds of linguistic meaning through the alteration of structure. This process is especially apparent in “Elliot Spencer,” which follows an old man re-remembering his life after having his memory wiped:

“For as long as world is shiny new there is no death and what lovely may I not yet do?”

Ultimately, Saunders crafts an emotional and enlightening journey through the nine short stories in “Liberation Day” with a restrained and imaginative writing style, peppered with humor and wit. “Liberation Day” is a must-read that engages with many urgent questions of the present in a fundamentally human way.