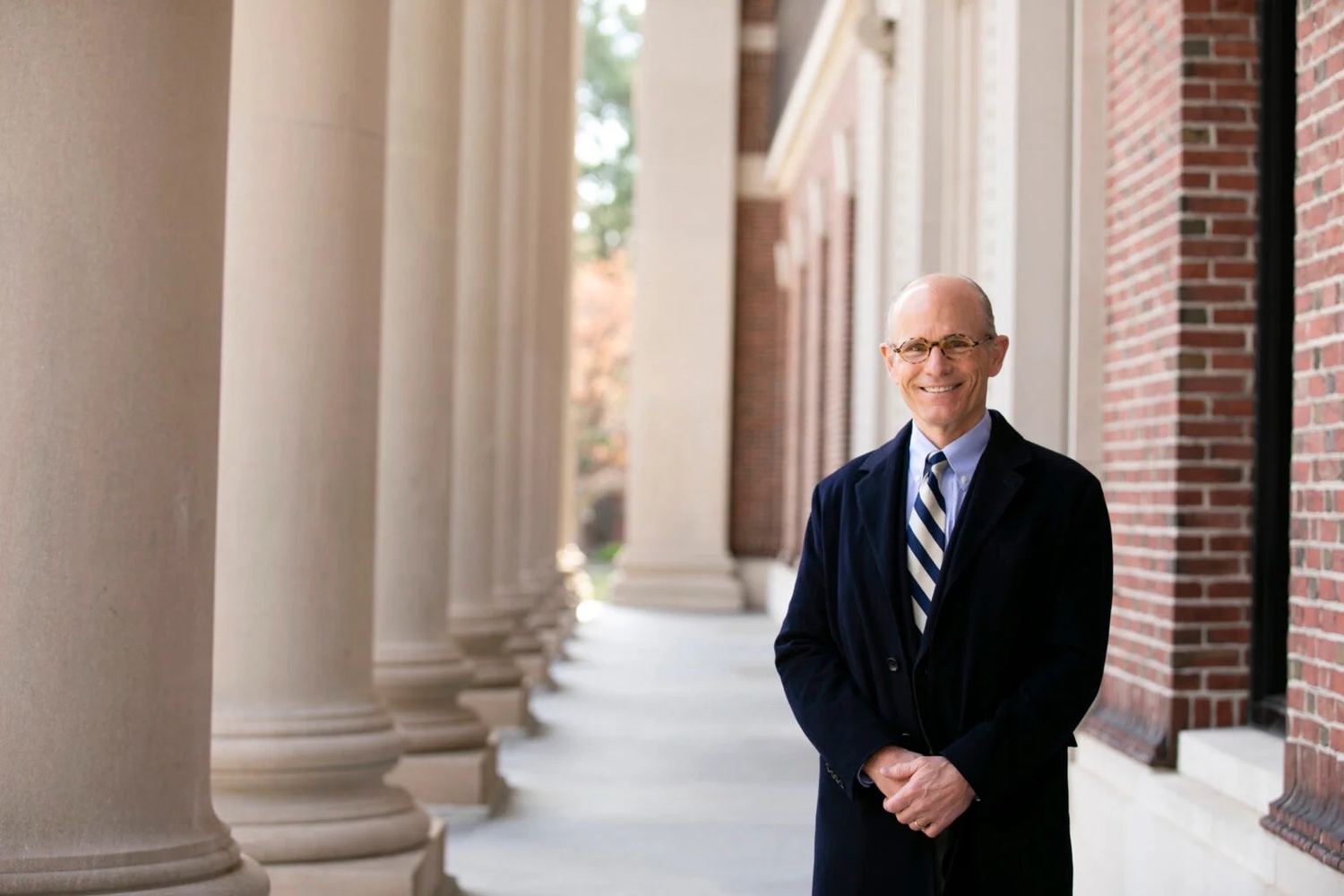 Harvard's top financial officer Thomas J. Hollister is set to step down at the end of the academic year. By Courtesy of Stephanie Mitchell/Harvard Staff Photographer
By Eric Yan, Crimson Staff Writer

In fiscal year 2022, Harvard’s spending was temporarily stifled by staffing shortages and difficulties acquiring goods due to global supply chain challenges, contributing to the school’s $406 million budget surplus — the highest in at least two decades.

But as the United States economy continues to experience record-high inflation, Harvard Chief Financial Officer Thomas J. Hollister said in an interview Wednesday that the University now faces rising costs “across the board” as the school’s expenses are “bouncing back.”

Despite financial headwinds, Hollister said Harvard hopes to avoid passing on the cost of high inflation with tuition hikes.

“Harvard’s worked very hard on student affordability and access and is deeply committed to affordability and need-blind admission at the undergraduate level,” Hollister said. “So that’s not a path anyone would like to pursue.”

Hollister, who is set to step down at the end of the academic year, also said Harvard faces the “very serious concern” of a potential recession in the near future, which would deliver a direct blow to many of the University’s largest revenue streams, including current-use gifts and endowment distributions.

He said managing Harvard’s finances through both a recession and high inflation could be a “double whammy.”

“Either one of them is hard enough,” Hollister said.

Last month, Harvard announced that Hollister will retire at the end of the academic year after eight years as the school’s top financial officer. His departure will come amid a major reshuffling of Harvard’s top brass — including the retirement of University President Lawrence S. Bacow, who is set to depart in June.

Hollister is credited with preparing Harvard well for the financial challenges brought by the pandemic. In 2019, he led recession planning with financial teams across the University to ensure the school was ready in the event of an economic downturn.

This summer, Harvard Executive Vice President Meredith L. Weenick ’90 took over for Katherine N. Lapp, who oversaw the University’s campus services, finances, and administration for over a decade. Harvard Alumni Association Executive Director Philip W. Lovejoy is also set to step down at the end of the calendar year. Two academic deans are also set to depart in the coming months.

Despite the many departures, Hollister said he is not concerned with the turnover in Harvard’s central administration.

“Harvard is deep with talent, and a natural turnover of leaders is to be expected,” he said. “As challenging and difficult as the pandemic was, I think it’s unleashed new energies and new possibilities for the future in lots of respects.”