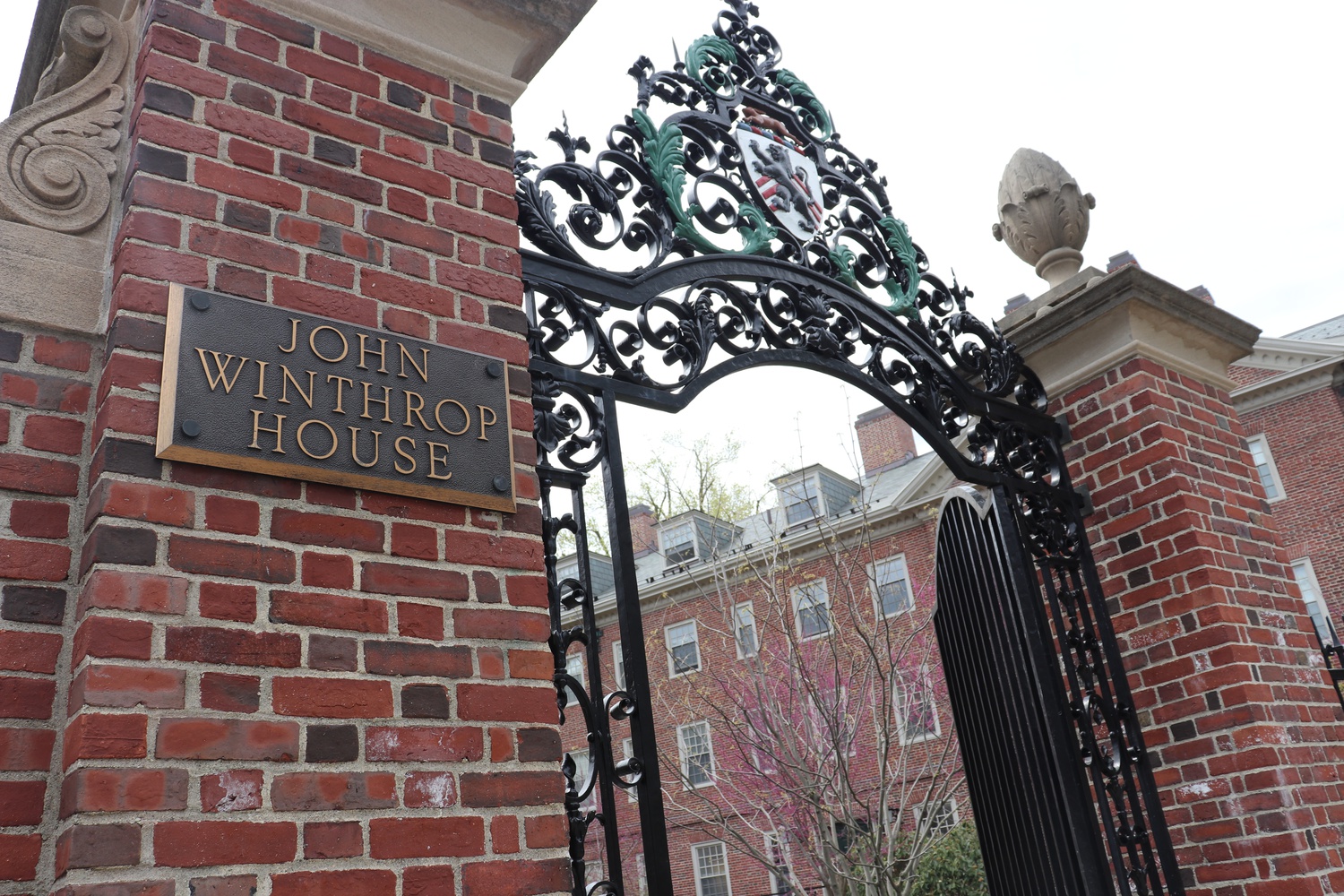 In 1963, around 25 Radcliffe students marched on Winthrop House, calling for the men inside to throw down their underwear as a protest to the then-common panty By Truong L. Nguyen
Advertisement
Advertisement

We don’t want your sockies, we just want your Jockies!” 25 Radcliffe students chanted outside of Winthrop House, calling for the men to throw down their underwear.
By Maeve T. Brennan

From the beginning, the raid moved in an unconventional direction.

As part of a pre-exam ritual, male Harvard students often walked towards the female dorms to conduct “panty raids” — but on May 19, 1963, the Radcliffe students flipped this trend on its head.

About 25 Radcliffe students marched from the Quad to the River Houses, laughing among themselves. “We don’t want your sockies, we just want your Jockies!” the group chanted outside of Winthrop House, calling for the men to throw down their underwear.

These cries had been heard on Harvard’s campus for over a decade, but this was the first time they were coming from female students. Male undergraduates had completed their first panty raid at Harvard in 1950, part of a nationwide trend. By 1952, Time Magazine reported that the raids had “reached the epidemic stage,” with 52 different schools participating in the fad. The panty raid, Time wrote, was “the first really daffy outbreak” on campuses since World War II. The students’ rowdiness resembled past crazes, such as the goldfish swallowing trend allegedly started by a Harvard freshman in 1939.

During raids, male students stormed nearby sister schools or female dormitories, oftentimes breaking in. They scaled walls and crashed through windows.

Many female students participated in this trend — some by throwing down their underwear, others by throwing parties for the incoming boys — but others fought back. When 2,000 University of Missouri male students raided the rooms of Stephens College and Christian College in 1952, female students sprayed them with fire hoses.

Newspapers and administrators attempted to explain the raids, partly attributing the craze to springtime boredom, exam fatigue, and boyish behavior. “Boys will be boys,” said the Governor of Missouri, when asked to comment on the 1952 raid.

One 1964 New York Times article spoke to behavioral scientists to try and find an answer. To explain the scandalous nature of panty raids, the psychologists pointed to the modern era. “Chaperonage has gone out; liquor is more available and more acceptable; decorum in general seems to have departed,” the article says.

In 1964, Graham B. Blaine Jr. ’40, who served as chief of psychiatry at Harvard University Health Services from 1964 to 1971, told the New York Times he believed frustration with schoolwork likely fueled the raids, with students feeling they “have to explode somewhere” amid the stress of exams. Blaine added that women joining the trend reflected demands for gender equality and a desire among female students “to establish the same sex standards, to dress like boys in jeans, to eliminate the difference.”

During the time of the panty raids, colleges struggled to understand their identities as co-educational institutions. At Harvard, resentment towards parietals — the rules governing dorm visits from the opposite sex — was an important catalyst for the raids. For the Radcliffe students, the issue was more complex. They sometimes welcomed the raids, but the riots also reflected the blatant resource inequality on campus. At the time, Radcliffe students lived apart from male housing, didn’t enjoy the same dorm life, and couldn’t study in Lamont Library.

In a call for fair treatment, the group of Radcliffe women who marched towards Winthrop in 1963 decided to co-opt a male trend. These women, Edward A. Grossman ’64 wrote in the Alumni Bulletin, thought their equality was “so comprehensive as to include the male pejorative to riot.”

As they chanted by the Charles River, curious Harvard students peered out their windows. Students filed out of their dorms, and the crowd, now purposeless and largely male, headed to the Quad. There, “over a thousand study-weary students laid siege to the Radcliffe dormitories, demanding female under-clothing and companionship,” The Crimson reported.

In response, the Radcliffe students who had stayed in the Quad threw both underwear and water balloons out of their windows.

The reverse raid did not bring an end to sieges of Radcliffe, with Harvard students returning once again in 1965. When fire alarms left freshmen standing around in the Yard, a group of upperclassmen took them around campus, leading them in a variety of chants. By 1 AM, the students, having tired out their route around the Yard and the river, decided to raid the Quad.

They conducted two raids on Radcliffe and one on the nearby Lesley College for Women, calling out to Radcliffe students, “Lesley gave more!” They climbed the dormitory walls, with one man driven back by rolled-up newspapers.

Though students often conducted panty raids out of boredom, the raids were also precursors to the burgeoning student activism of the late 1960s, when on-campus demonstrations became more overtly political.

The 1965 riot itself happened a few days before a planned sit-in of Lamont Library by Women to Invade Lamont Library, or WILL. WILL called off its plans when the university cracked down on student demonstrations, but Radcliffe students continued working towards equality and integration.

In 1969, over 2,000 undergraduates signed a petition demanding co-educational housing. In 1972, the Quad and the River houses became officially integrated; neither could be the site of a panty raid, reverse or otherwise.

“If the night of May 19 did nothing else,” Grossman said in 1963, “it focused a cold, hard light on the most compelling problem in the community: the integration of Radcliffe into the academic and social company of Harvard on equal terms and no eyebrows raised.”