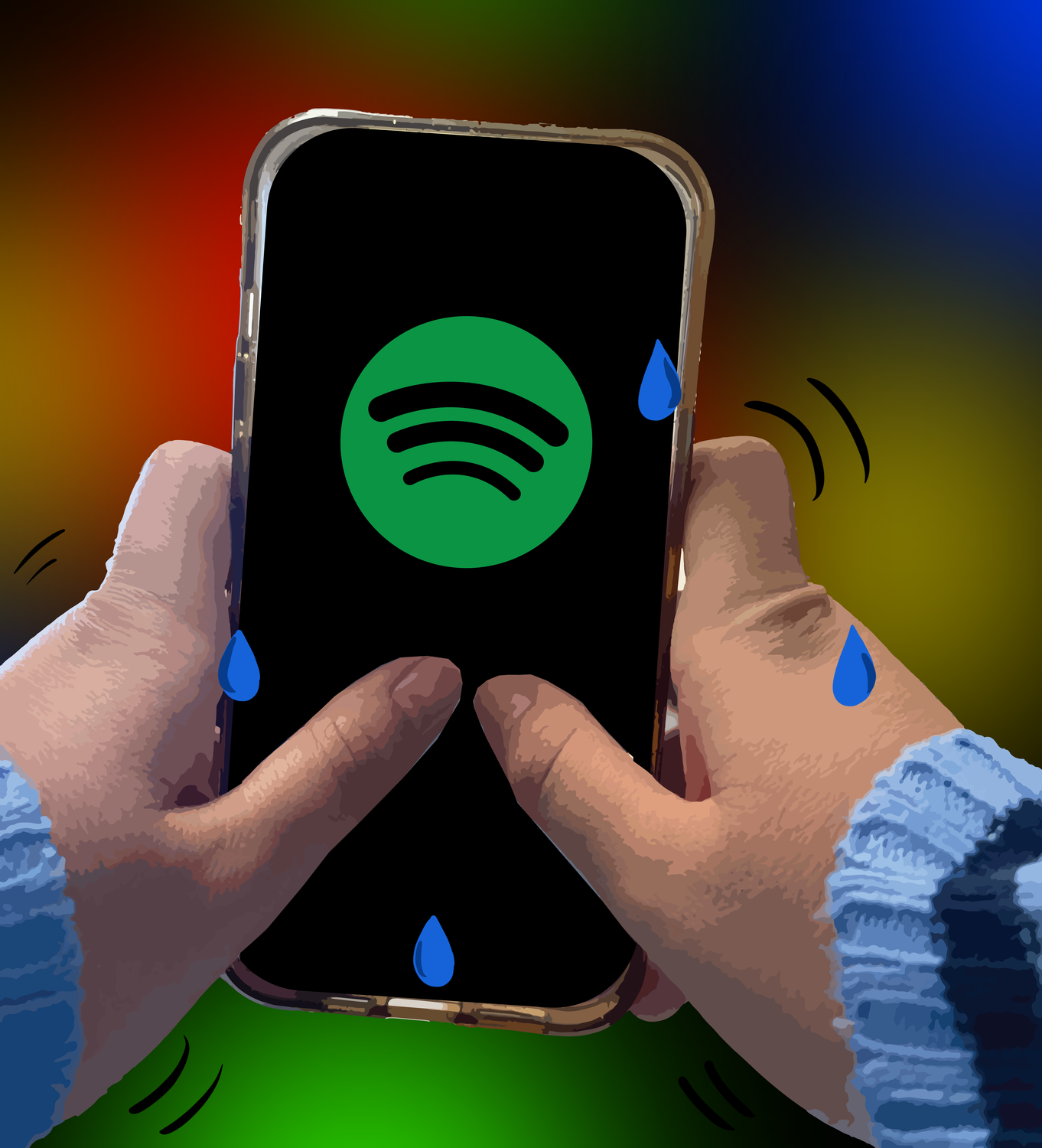 The person behind the playlists at the Smith Campus Center wants you to know that they recently finished their tenth trip to Disney World — and yes, they are already gearing up to go again for Mickey’s Very Merry Christmas Party.
By Riya Kapoor and Ellie S. Klibaner-Schiff

Each space at Harvard has distinct vibes based on the people who inhabit it. Home to humanities concentrators, the Barker Center embodies the melodrama of a poorly rested English concentrator. The Smith Campus Center, the towering, glass-and-cement meeting ground of Harvard tourists and Harvard students alike, has a special eclectic energy. The Malkin Athletic Center attempts to bring athletics into what looks like a 20th century apartment building.

Behind the scenes, someone is actively working to curate each space’s unique energy. We decided to speculate about who’s on aux, and how their playlists define the personality of each place.

Sad girl, indie, acoustic guitar. If you wanted to sum up the Barker Center Cafe in three descriptors, these would perfectly capture the vibe.

And who is the mystery DJ behind these moody tunes? Some say they’ve seen her perusing the depths of WHRB’s vintage record shelves. Others find her in the mornings, catching up on some Sunday thrift shopping.

By day, she broods through the streets, decked head-to-toe in Urban Outfitters, her oversized beanie clinging to her freshly tie-dyed locks. She’s got a triple shot iced americano in one hand and a full sized original iPod in the other.

She had been going through a tough breakup all semester, and who better to soothe her aching heart than the reigning queens of the not-like-other-girls.

She has the volume on real low, so the music can be interspersed with the buzzing of the Barker’s espresso machines — after all, Stevie Nicks is to the alt girl as coffee is to the heartbroken Harvard hottie.

As we sit in Barker sipping cappuccinos, Phoebe Bridgers plays softly throughout the cafe, and rain falls outside.

The person behind the playlists at the Smith Campus Center wants you to know that they recently finished their tenth trip to Disney World — and yes, they are already gearing up to go again for Mickey’s Very Merry Christmas Party.

It doesn’t matter how many years have passed since their middle school glory days — they will continue to listen to KIDZ BOP unironically and their favorite band will forever be Glee.

A bit cringe at times, but who can blame them? They spent their entire adolescence fighting against mandatory classical piano lessons by sneaking in pop song covers — and they are not afraid to show it. We are currently completing a pset to a piano cover of TikTok’s Corn Song.

Smith’s “DJ” knows that they were really born for the limelight. Music plays loudly enough to drown out any intrusive thoughts — so there’s no escaping the instrumental distillation of childhood joy.

The mastermind on aux at the MAC is clearly not working out. Or maybe they’re perpetually stuck cycling on a stationary bike as tears stream down their face and they try to get over a recent break-up.

Who’s actually trying to deadlift to “Believer” by Imagine Dragons? The DJ seems one bad day from playing “World’s Smallest Violin” by AJR on a 10 hour loop.

The playlist is kind of slow and oddly emotional. Each occasional upbeat pop song leaves us questioning the emotional stability of the MAC’s music maker.

This playlist-curator lives in their own world. They walk through busy spaces, navigating dense crowds, but don’t ever really engage with their surroundings. They struggle with eye contact, sometimes unsure that they’ll ever feel truly understood again — at least not the way their ex understood them.

But the person on aux must know that most people walking into the MAC are putting in earbuds anyway, drowning out whatever the playlist maker has to say — just like their ex did…