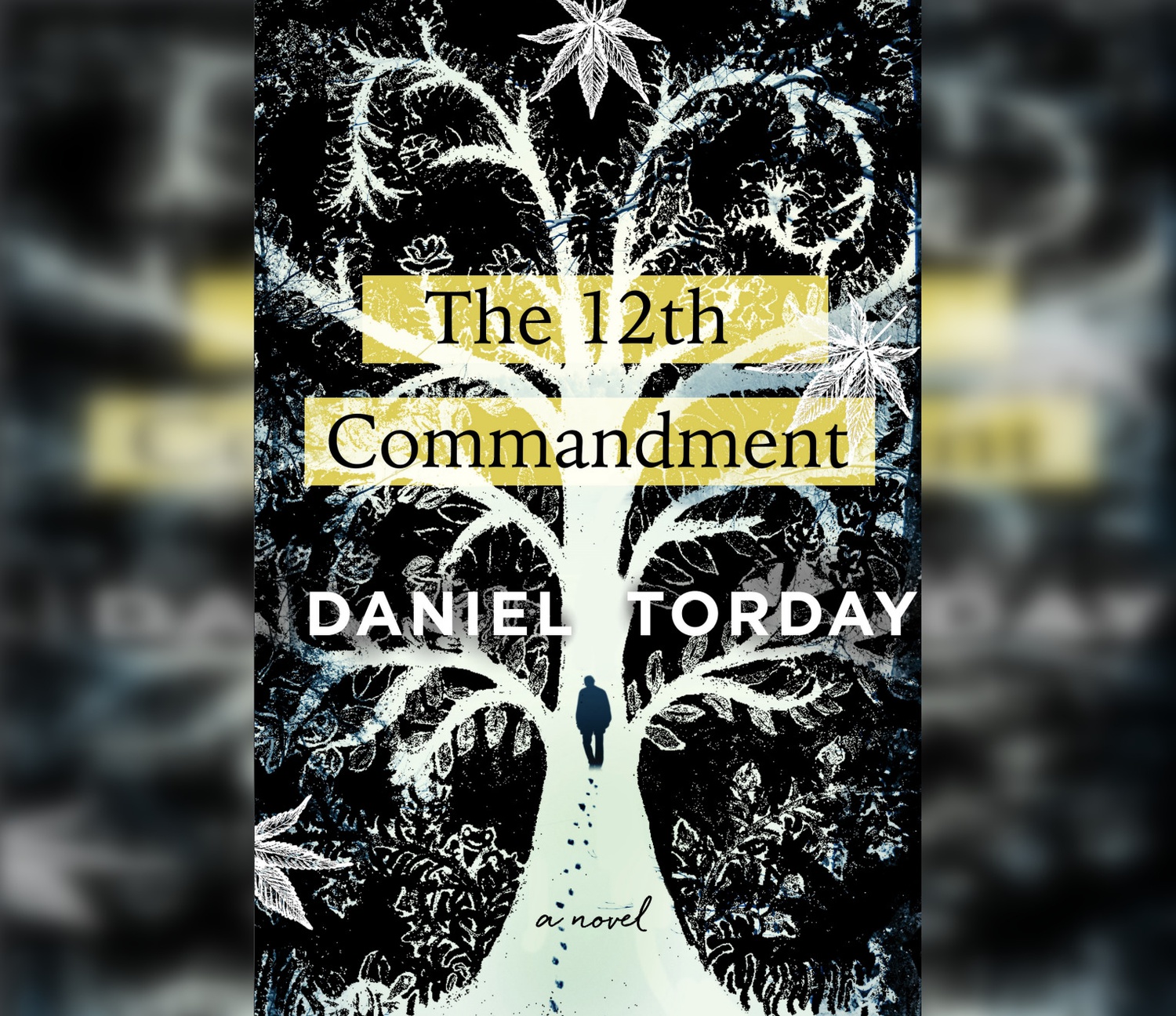 “The 12th Commandment,” the latest offering by creative writing professor and acclaimed author Daniel Torday, follows a Brooklyn-based magazine editor, Zeke, as he travels to his rural college town of Mt. Izmir, Ohio, for the funeral of a friend. There, he finds a scandal fit for a magazine: Natan of Flatbush, the leader and purported prophet of a local Dönme community — a little-known Jewish-Muslim religious sect — was recently convicted of murdering his own teenaged son, Osman. To make matters even more interesting, Zeke’s ex-girlfriend, Johanna, was the prosecutor on the case.

The Dönme, described as a cult-like, heavily armed group with ancient roots, followed Natan some years ago from New York to Central Ohio to make a home for themselves in “the Caves,” their community’s secretive and sacred compound.

The book gets its name from the twelfth of the eighteen Dönme commandments, which decrees that it is not a sin in the eyes of God to kill one who has revealed Dönme secrets to the outside world. Johanna and the rest of the outside world believe that Natan killed Osman for doing exactly that, but Natan and his congregation insist on his innocence.

Unfortunately, the book’s promising premise — which bears some resemblance to Gillian Flynn’s 2006 novel, “Sharp Objects,” and America’s plethora of non-fiction homicidal cult leaders — loses all intrigue upon execution. The final product suffers from tired character archetypes, overambitious storytelling, and long-winded pacing that makes it impossible for the book to find a place among any genre’s contemporary greats.

The novel’s greatest strength — its obvious anthropological bent — is too often misused to remedy the above deficiencies. Zeke’s fascination with the Dönmes and his journalistic prowess are qualities often told yet little shown, and the reader must wade through nearly 300 pages of text only to leave without much of a picture of the ins and outs of the Dönme community. No time is spared to outline the sect’s real-world Ottoman Empire roots, either, and some of their mentioned practices and beliefs, like prayer to 17th-century Kabbalistic messiah Shabbetai Tzevi, go unexplained, leaving uninformed readers in the dark.

Instead, the reader faces pages upon pages of pseudo-anthropological writing dedicated to thick description of the Central Ohio landscape and Zeke’s quotidian existence. The choppily written narration exactingly details Zeke’s many shufflings to and from his Airbnb, the Dönme Caves, and Johanna’s apartment in varying states of intoxication, dressing and undressing, as well as sending Slack messages to his boss and taking afternoon naps.

Zeke’s frequent injuries and penchant for avoiding problems humanize him as a protagonist and would make him a sufficiently interesting object of study in a different literary context. He is cut from the cloth of clumsy and artistic New York millennials, and in many ways it is a relief that there is an omniscient narrator available to fill the audience in on some of the Dönmes’ practices that Zeke himself misses.

Alongside Zeke is the wholly unoriginal character of Johanna. Described in the opening chapter as the kind of girl in college who could ace an early morning exam even after a night of excessive drinking and little sleep, the book plays heavy-handedly into that exhausted literary trope until the very end. Every third word the character utters is a creatively constructed compound adjective intended to hurt Zeke’s feelings or poignantly deliver some point about the virtues of the American legal system and Aristotelian ethics; she reads like an aged version of Veronica Lodge from The CW’s “Riverdale.” The serious-but-sexy, emotionally unavailable, sarcastic female love interest has been done much better many times before, and its intrusion here feels like a failed attempt at infusing slow-burn romance into a novel that, if treated properly, should have been able to hold its own without it.

To be clear, Torday’s decision to write about the Dönme at all deserves praise. Their placement in this work of fiction effectively sheds light on a very real and historically misunderstood religious group that lives on in small numbers in modern-day Turkey. As the story unfolds, though, it seems as though this inclusion wasn’t especially intentional. Because so little explanation of Dönme beliefs and their distinguishing characteristics can be found in the story, a reader looking to better understand the group through the book would be better off directing their attention elsewhere.

Overall, “The 12th Commandment” is a disappointing and forgettable read with few distinguished features that merit selecting it over any other new work of fiction. The ending doesn’t bring much closure to the issue of Osman’s murder, and the weaving of different genres — from mystery to romance to slice-of-life — means that a reader searching for one in particular will not get enough of it to leave satisfied.