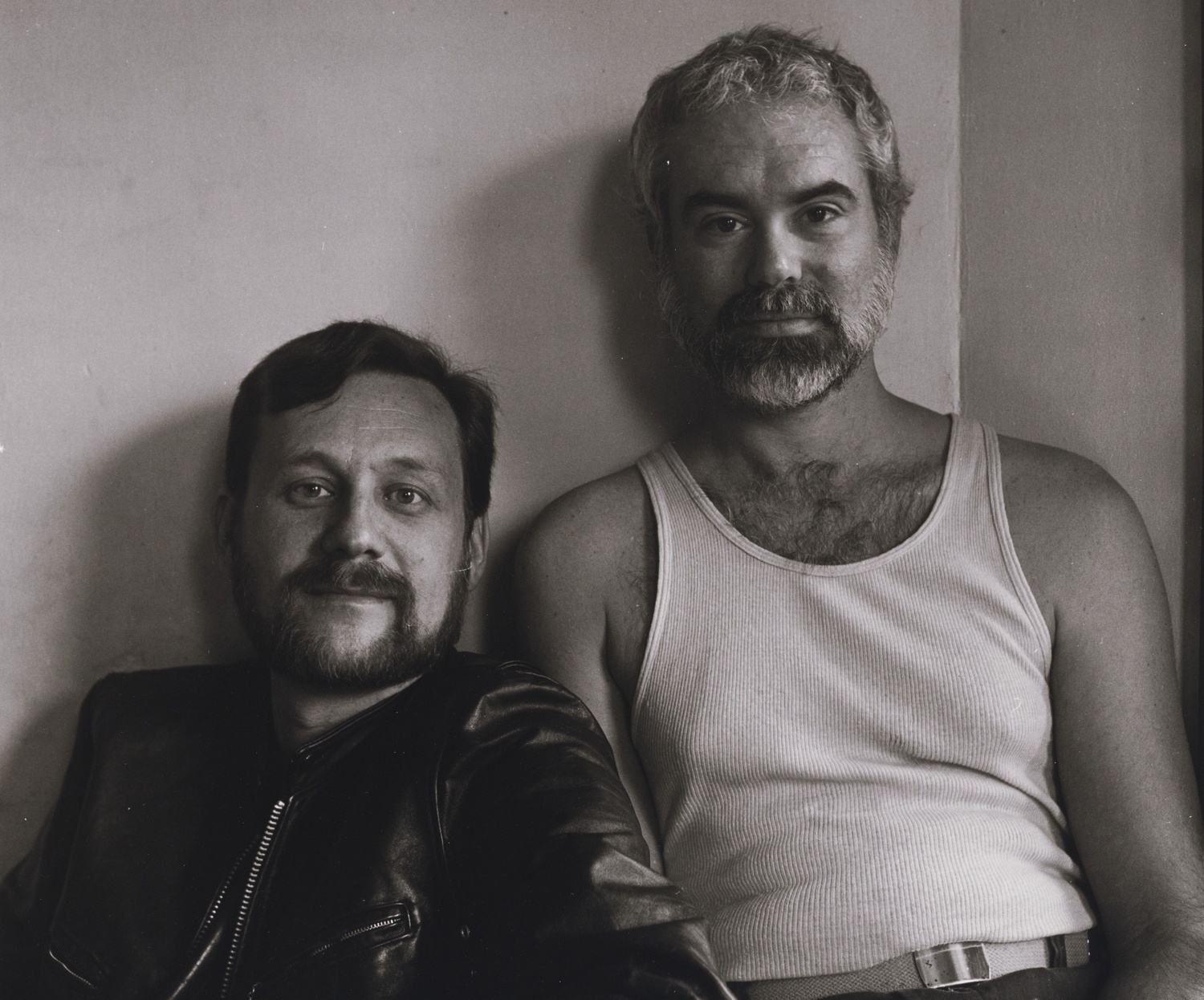 Once upon a time in the Cambridge of the ’80s, partners Michael Bronski and Walta Borawski lived happily in their shared apartment on Putnam Avenue, mere steps away from the nearest Harvard houses. Borawski was a poet and assistant to professor Ernst Mayr; Bronski was an esteemed writer and cultural critic.

Bronski and Borawski met at a New York City bath house in 1975 and remained partners until Borawski’s death from AIDS in 1994, establishing themselves as prominent artists and activists in the intervening years. Bronski, who is now Professor of the Practice in Media and Activism in Studies of Women, Gender, and Sexuality, taught a general education course this fall — Power to the People: Black Power, Radical Feminism, and Gay Liberation — that introduced students to many of the historical events and cultural shifts that he and Borawski helped spark.

Bronski and co-editor Philip Clark’s latest work, “Invisible History: The Collected Poems of Walta Borawski,” honors the legacy that his late partner left behind. Just as importantly, it elucidates the shared experiences of many adult gay men living through the beginnings of the gay liberation movement and the subsequent HIV/AIDS epidemic.

Resurrecting these works, which Bronski dubs “lost AIDS literature,” is a critical element of honoring and respecting the realities of that era. At a time when Pride events and other festivities celebrate queerness in ways inaccessible to generations past, accurate representations of queer history must remain in the public consciousness.

“The definition of popular culture is that it fades away,” said Bronski in an interview with The Harvard Crimson. “Bringing back Walta’s book [and similar works] … is an act of reclamation that’s really important.”

Queer popular culture can fade especially fast. Most cultural traditions and folk histories “are passed down through family lines,” Bronski said. “And gay men and lesbians largely do not follow that trajectory.”

“It’s largely an oral tradition,” and one that emerged shrouded in secrecy due to safety concerns, all of which creates a cultural imprint easily lost to the passage of time.

“The psychic complications of what it meant to be a gay man after Stonewall … at a time of this crazy world of sexual liberation in the ’80s … I do think even in the most narrow readership of people interested in gay men, gay life, or queer literature, it’s hard for younger people to understand what life was like back then because there’s so little written about it that they have access to,” Bronski said.

Works like Borawski’s fill in the blanks with authentic cultural mementos, salvaging the complexities of what it meant to be a gay man at that time. Bronski noted that the poems document a unique picture of the “gay male world of social activism” and pre-AIDS sexuality that few others write about.

The book’s final poem, entitled “[Michael I miss you so much],” paints an exceptionally clear picture of living with AIDS. Written in the final months of Borawski’s life, Bronski pointed out that the poem is followed by several scanned pages of his handwritten drafts. Words are scattered randomly across the page and written on top of one another in curved lines, a testament to his sound mind but weakened body.

The images are haunting. They represent the devastation of the AIDS crisis — and the immense purpose of reclaiming this lost literature — better than any present-day explanation ever could.

Prefacing the poem is a short note by Bronski, the final paragraph of which reads: “It is not a very good poem. It has none of [Borawski’s] elegance, his deep feeling for language, his humor, his irony, his anger, and his intelligence in it. But it is — purely and simply — a poem written from the vantage point of living with AIDS. It literally manifests his passion for writing. His desire to communicate, his need to express himself — no matter what — is quite simply visible in every line, word, scratch, mark, and scrawl.”

Also visible is the fullness of the suffering that AIDS did — and still does — inflict on so many people. Borawski’s poetry is notably raw and direct throughout the book, and these material remains of his creativity continue that legacy of showcasing the most paralyzingly vulnerable pieces of a human being.

Posthumously observing Borawski’s suffering at this time is especially powerful when recalling the widespread discrimination that gay men — and particularly gay men diagnosed with HIV/AIDS — faced throughout the AIDS crisis. “In the minds of many people, being homosexual was the disease and AIDS purely turned that psychological state into a medical reality,” Bronski explained. “Homosexuality was the disease… and now gay men were actually diseased.”

While harmful sentiments like this have lost traction in the U.S. in the decades since, remnants of this way of thinking are still felt today. Men who have sex with men, for example, still face restrictions on blood donation that advocates and medical experts describe as discriminatory; restrictions that persist in spite of recent, dire blood shortages.

Regardless, the efforts of Bronski and others to revive lost AIDS literature like Borawski’s are a crucial step forward for the queer community. The printed iterations of Borawski’s poetry not only reveal the chilling extent of the homophobia that gay men at the time endured, but also ensure that the true, unfiltered, complicated story of the gay liberation movement and the AIDS crisis — what so easily could have become an “invisible history” — remains permanently visible.