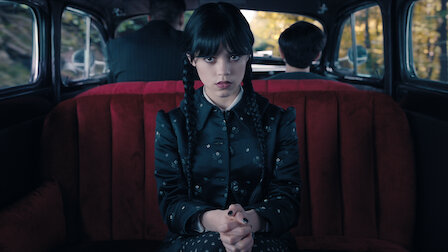 It is no secret that 2022 has been a big year for Jenna Ortega. After turning 20 in September, Ortega has already begun making a name for herself on the big screen. In 2022 alone, she starred in four movies with three more projects currently in production. Her most recent show, “Wednesday” — a spinoff of the original Addams Family movie — was released on Netflix this past Thanksgiving. Given her swift rise to stardom, it is only right to comb through Ortega’s history that has led her to play a titular character of this prominence on screen today.

Ortega has been acting for more than half of her life. According to a recent interview on “Jimmy Kimmel Live!”, she debuted in commercials at nine-years-old. From then on, she has acted in a variety of award-winning productions across multiple genres. At 11, Ortega took on the role of Annie, a child, in “Insidious: Chapter 2,” ultimately kicking off her career as a horror icon. Around this time she had a small role in “Iron Man 3” as well. However, her big break came as the lead of Disney Channel’s “Stuck in the Middle,” a comedy about the challenges of being a middle child. For her performance in this series she received an Imagen Award for Best Young Actor on Television in 2018.

Since then, she has participated in various other well-known productions. She took on the role of young Jane in the CW show “Jane the Virgin.” In 2018 she made her Netflix debut as a witty young teen in season two of “You”. Two years later, she reappeared on Netflix as another sassy teen — this time a love interest in “The Babysitter: Killer Queen.” Finally in 2021, she stole the show as the lead in “The Fallout,” a drama about a student’s life following a school shooting.

“The Fallout” was a major production for Ortega, allowing her to branch out of small roles that limited her abilities to comedic relief. In this movie, she was able to demonstrate the range of emotions that she can bring to a character on screen. From watching this performance it becomes glaringly apparent that she draws from raw emotion to bring her characters to life. When asked by Deadline how she prepared for her role on “The Fallout,” Ortega said, “I watched videos, interviews. I also looked at images and at absolutely anything I could get my hands on to focus more on the actual events [of the shooting], and then all of that thinking and processing after it just kind of came naturally.” Whatever role she is in, Ortega is sure to deliver a memorable performance that tugs on audience members’ heartstrings.

In the past year, Ortega has come to be known as this generation’s new Scream Queen due to her work in Ti West’s erotic-slasher “X,” where she depicted an innocent young woman wanting to prove that she was mature, and as a lead in the sixth “Scream” movie. Her screams have often been compared to other major actors. For instance, this past year there was debate juxtaposing Ortega’s blood-curdling screams from “X” with Samara Weaving’s angry cries from the praised 2019 horror thriller “Ready or Not.” Many fans say that Ortega “gives [them] chills” and that she “belongs in scary movies.” It is clear that the young actress is already making her mark on the horror industry.

In recent times, Netflix’s new show “Wednesday,” in which Ortega plays the titular character, has thrust her further into the spotlight. From press interviews to the show itself, the actress has only received praise from critics and fans alike. Leading up to the show’s release, admirers have been taking to social media to describe the connection they feel to the actress. In an interview with TV Insider, Jenna Ortega rests her head on co-star Gwendoline Christie’s shoulder, admiring her aloud. “Thank you very much, woman,” Ortega said endearingly. “My woman. I love you. Sorry, that might be disrespectful, but that is my nickname for her, because she’s my wife.” Fans began remarking on Ortega’s relatable personality and warm spirit.

A family show, “Wednesday” released the Wednesday before Thanksgiving and immediately her performance has been called “iconic.” In the show, Ortega performs an original dance for Wednesday. According to Screen Rant, the dance takes inspiration from Siouxsie Sioux, Bob Fosse’s Rich Man’s Frug, Lisa Loring, Lene Lovich, Denis Lavant, and archival footage of goths dancing in clubs in the '80s and Wednesday’s dance sequence called “The Aloof” from the 1969 musical, “Sweet Charity” choreographed by Bob Fosse. In just a few days, her dance has started trends across TikTok under Lady Gaga’s song “Bloody Mary.” With over 977000 videos under the song on TikTok, Ortega’s dance has grown to viral levels of popularity.

From delivering horrifying screams to unforgettable performances, Ortega deserves any and all praise she receives. She will be sure to make a name for herself in the movie industry and leave a long-lasting legacy. As 2022 comes to a close, look out for her next year. As always, she will be sure to blow audiences away, leaving people in both disbelief at her relatability and in awe at her acting ability.