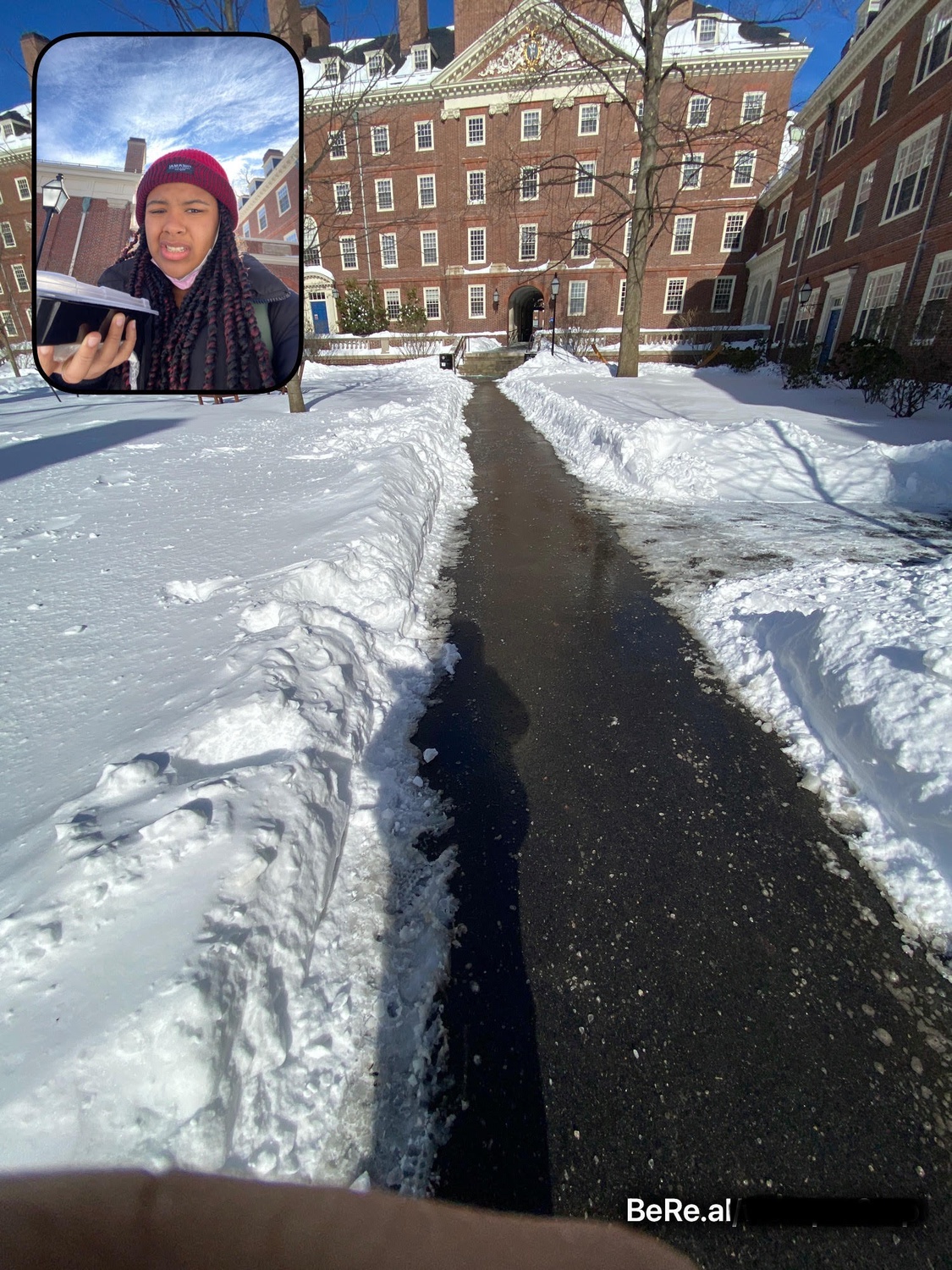 “Casual Instagram” had officially gone too far once the President of the United States posted a photo dump.

The photo dump era was once intended to be a bold rejection of the highly curated, aesthetically pleasing Instagram feeds of today — nostalgically embracing the earlier days when people proudly snapped a picture of their homemade breakfast, slapped on a sepia filter, and called it a day.Now, the pressure to engage in casual Instagram comes with a certain level of theatrical performance. You don’t just have to try to look good anymore — scouring for the ideal pose and background. It’s all about capturing that perfect, fake off-guard picture or an aesthetic assortment of trash littered on Mass Ave. It’s a curated, un-curated look.

No app rejects this plastic notion more than BeReal, a new social media app developed in France by Alexis Barreyat in 2020 and now sweeping its way across college campuses in the United States. The mission is evident in their digital campaign, boldly asking: “What if social media could be different?”

The concept of the app is simple and, in the developers’ words, “uncontrollable.” A notification is sent out to all users at a random time each day, prompting them to take a photo of themselves and their surroundings within the next two minutes and upload it to the app. The time limit coupled with the sporadic timing of the notification forces users to, quite literally, be real. Because there’s no time to find that perfect pose or background, the content you engage with on the app is charmingly mundane yet extraordinarily authentic and creative.

BeReal is unlike all other social media apps popular today. There are no filters, likes, or followers: Just close friends who must request to follow you and the ability to comment and leave “RealMoji” reaction pictures below your friends’ posts. The app also recently added a feature to turn your friends’ RealMojis into widgets to keep on your home screen.

The app’s goal is not to amass thousands of followers or massive influence. In fact, their description on the iTunes App Store warns potential users, “if you want to become an influencer, you can stay on TikTok and Instagram.” Indeed, BeReal is a uniquely intimate social media experience that fosters true authenticity. While some people might be hesitant to share themselves sleep-deprived and hunched over a pset with thousands of vague acquaintances on Instagram, it’s much easier to share with your closest friends on BeReal.

Even if it’s after the allotted two minutes, you are unable to view other’s posts unless you upload your own, which makes lurking virtually impossible. You must be real to see real. Plus, since everyone posts once a day at the same time, you can’t really get sucked into scrolling mindlessly for hours.

After gaining immense popularity among French university students, BeReal is now taking American college campuses by storm — and Harvard is no exception. On Friday, Feb. 4, the app sponsored a party in the infamous Tasty burger basement and offered free admission to attendees that downloaded the app and added five friends. Be on the lookout for people stopping to BeReal in d-halls, during a meeting, or while online shopping in a lecture.

Perhaps photodumping a collection of contrived casualness isn’t the answer to achieving authenticity online. Bridging the glamour of social media and the mundane truth of real life, BeReal accomplishes what casual Instagrammers set out to do. Being real, at any time of the day — even if only for two minutes.

But this time, please no one tell Joe Biden.